The Shaming of Basic Research: Scientists Defend Themselves on Capitol Hill

For politicians, they were wastrels of public money. For talk show hosts, they were the subjects of can’t-miss jokes. They are scientists whose federally funded research had been held up for public shaming, and they 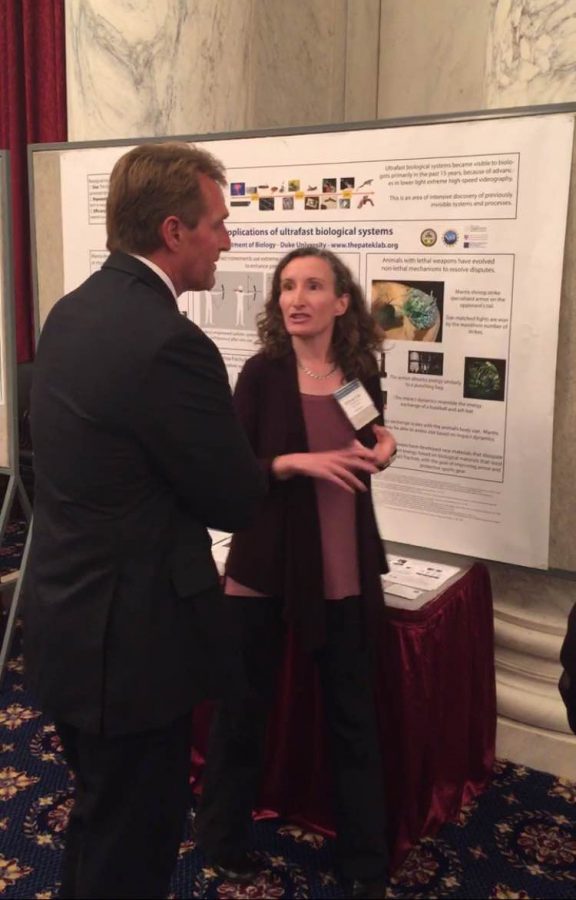 finally got a chance to tell their side of the story at a Capitol Hill reception and poster session on April 13. This event, entitled “Wasteful Research? Looking Beyond the Abstract,” was organized by the Coalition to Promote Research (CPR) and the Coalition for National Science Funding. The Coalition for the Life Sciences (CLS), of which the ASCB is a founding member, is a member of CPR. The reception and poster session allowed 10 scientists who had been ridiculed by so-called “deficit hawks” in the House and Senate to explain the critical biomedical and environmental issues behind their experiments.

Many of the scientists who participated in this event were engaged in basic, fundamental research when they were targeted in annual “waste books” compiled by the staffs of congressional deficit hawks, keen to highlight what they considered wasteful use of federal research dollars. These yearly waste books tend to dismiss much basic research as frivolous, ignoring detailed rationales for and broader implications of the work. The CLS thought that these attacks on valid, peer-reviewed work should not go unanswered.

Among the 10 scientists who spoke and fielded questions about their posters in the Russell Senate Office Building was David Scholnick from Pacific University, whose work became the poster child for wasted federal funds under the tag “shrimp on a treadmill.” Scholnick pointed out that the infamous shrimp treadmill, which he built largely out of recycled parts at a cost of less than $50, was part of a much larger study of the physiological effects on shrimp of rising ocean temperatures and increased pollution levels. Scholnick became the butt of jokes on late-night talk shows after former Senator Tom Coburn (R-OK) used his waste book to trash Scholnick’s physiological measurement study.

Also on hand to speak for herself was Kimberly Phillips from Trinity University, whose work was characterized in the waste book of Senator Jeff Flake (R-Arizona) as studying “monkeys on a treadmill.” Phillips was able to point out that her work did not involve treadmills but was a methods project to create an alternative to lab animal treadmills, which are widely used today in exercise physiology studies. Treadmills, however, tend to stress test animals, which can skew results. Her experimental alternative was a metal cage ball in which a marmoset (Callithrix jacchus), a small, New World primate that is used extensively in biomedical and behavioral research, could run freely in studies of the neurotherapeutic effects of exercise in aging and neurodegenerative diseases.

The event gave all the presenters an opportunity to have their science heard in context. On hand were several members of Congress and staffers, which gave the maligned scientists the opportunity to provide a bench-side view of basic research, without the late-night punch lines.