Even before the individual March for Science marches were finished, everyone was asking the same question: “How many people are here?”

The organizers of the March allowed time to use the best science available to come up with an estimate for the number of marchers. After several weeks of analysis, they have reported the results. Some of the more notable tallies include 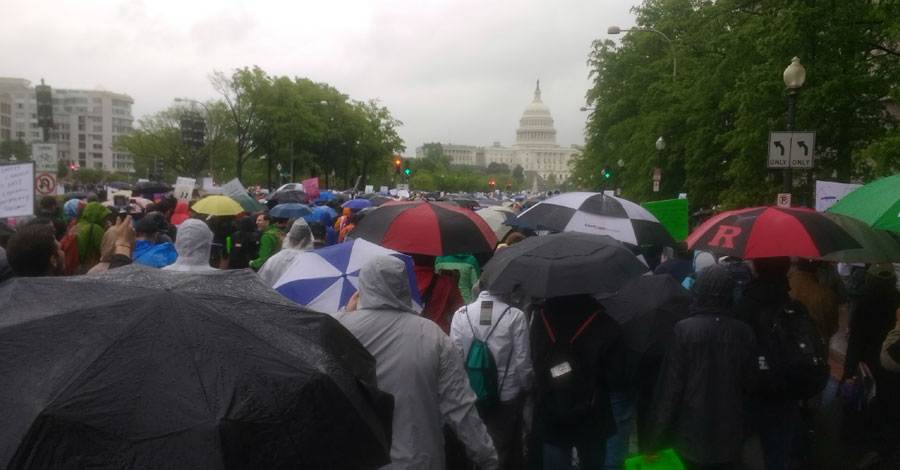 To arrive at the attendance numbers, the March organizers employed counts done by hand, local Police and Fire Department estimations, density calculations, aerial imagery and time-lapse video, and advice from a crowd estimation scientist. In Washington, DC, where estimating crowd size was a politically risky activity for government agencies even before the 2016 presidential election, cloud cover and constant rain forced organizers to base their estimates on crowd density.
For crowd sizes for all the marches and details on how the numbers were determined, visit http://bit.ly/2sDU03m.

During their meetings, ASCB leadership heard a great deal of support for continued funding for the U.S. National Institutes of Health (NIH) and the National Science Foundation (NSF). Even though the details of the Trump Administration’s FY18 budget had not been released at the time, there was near universal opposition to the 18% cut for the NIH and 10% cut to the NSF called for in the Trump administration’s preliminary “skinny” budget. 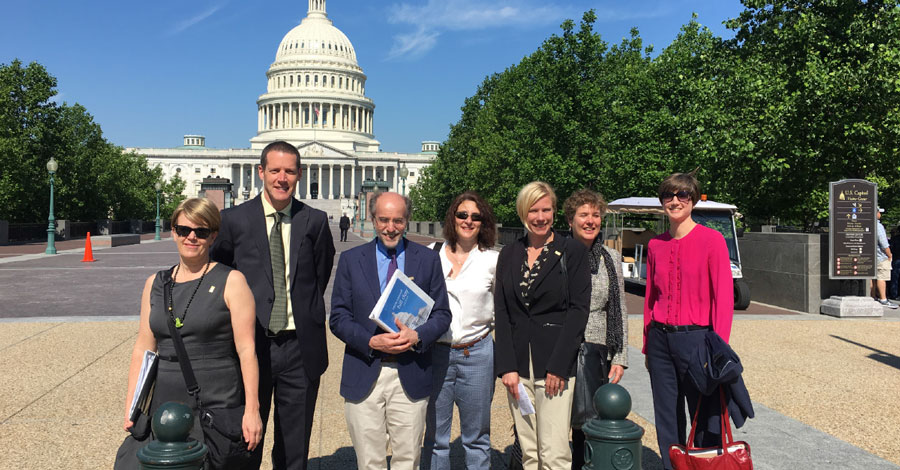 ASCB leaders were met with surprise and concern when they discussed the impact Trump administration attacks on the U.S. immigration system are having on the biomedical research community in the United States. ASCB leaders took the opportunity to explain the importance of H1-B visas and to share with congressional offices the recently re-released ASCB White Paper on Immigration, which outlines the immigration-related problems facing our community.

The White Paper, originally issued in 2013, calls for federal policies that make it easier, not harder, for the best and the brightest from around the world to come to the United States to study and then stay when their studies are completed. The White Paper is available at http://bit.ly/2sbgNUG.

As feared and anticipated, the detailed FY18 budget proposal released by the Trump administration includes cuts to federal science agencies similar to those forecast in the preliminary “skinny” budget released in March. The size of the cuts is shocking. With the exception of the National Institute of General Medical Sciences (NIGMS), every major Institute at the U.S. National Institutes of Health (NIH) would have its budget reduced from its FY17 budget by between 18% and 23%. NIGMS would see its budget reduced by 13%. The 18% cut to the overall NIH budget would return the NIH budget to a funding level last seen between 2003 and 2004.

With budget reductions for individual NIH Institutes and Centers, various NIH funding mechanisms would also see cuts should Congress adopt the Trump NIH budget. Money available for R01 grants would be cut by 20%, resulting in an 18% reduction in the number of new and competing grants. There would be an 11% cut to Small Business Innovation Research grants.
The news for the National Science Foundation (NSF) was not much better. NSF was not mentioned by name in the preliminary budget, but the detailed budget calls for an 11% reduction, forcing a decrease of 800 in the number of new grants that will be available to investigators. The NSF Biological Sciences Directorate would have its budget reduced by 10%.

While it is uncertain how the final FY18 budget will turn out, it is very clear that there is almost no support in Congress for the Trump budget. At the beginning of June, rumors even swirled around Congress that the House of Representatives would pass a full-year Continuing Resolution for FY18 before leaving for the August congressional recess. The motives for such an unusual action range from a desire to be done with something that could only cause members political headaches in the fall, to forcing the president to sign the bill or bear responsibility for a government shutdown later in the year.