Shocking news—in the quiet recesses of Congress, Republicans and Democrats can work together on constructive biomedical policies. ASCB illustration by Johnny Chang

Behind all the Washington, DC, brouhaha that makes the news, important things do get done in Congress. On a regular basis, members of Congress work together and Congress works with groups like the ASCB. You rarely hear about this side of Washington because it’s too dull and too complicated for reporters to explain between commercials. Recently real progress broke out on two knotty problems including funding support for early career investigators.

Two recent events highlight Washington at its wonky best. After months of quiet negotiating, House Speaker John Boehner and House Democratic Leader Nancy Pelosi (yes, those two) announced that they had developed a bipartisan solution to a complicated and expensive problem that Congress has tried to solve for almost a decade. Most likely you haven’t heard much about the issue—how to reimburse physicians who treat Medicare patients—because the issue is dull and complicated. So complicated, in fact, that the self-appointed acronymologists in Washington decided that the acronym for the Sustainable Growth Rate formula, or SGR, was so dull that it needed a nickname, “doc fix.” Now the doc fix may be fixed.

The ASCB Public Policy Committee has conducted an exhaustive analysis of the NIH provisions of the bill. In the letter to the Committee commenting on provisions of the bill, ASCB Executive Director Stefano Bertuzzi applauded the committee’s focus on the needs of young investigators, “who are so important to the continued success and vitality of American science.”

ASCB also praised the committee’s call for a reduction in administrative burdens and increased efforts to foster high-risk, high-reward research. The five-page ASCB letter did raise concerns about particular provisions, including requirements for additional strategic planning by NIH Institutes and shifts in funding decisions away from individual Institutes. Bertuzzi’s letter also argued for a missing provision in the bill that would allow NIH employees to travel to scientific meetings. In particular, the letter suggested that the provision promoted by the ASCB in the FY15 funding bill should be included in this bill.

The Boehner/Pelosi deal has already passed the House 392–37, President Obama has already said he will sign it into law, and the Senate will most likely approve it in a couple of weeks. The Upton/DeGette initiative is still underway. The ASCB expects at least one more Discussion Draft before the bill is formally introduced. Longterm peace is unlikely to break out on the Hill but in the quieter, duller corners of the Capitol work gets done. 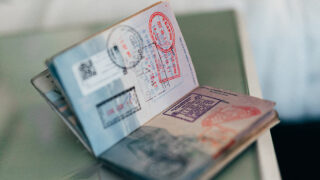