Recent congressional hearings on the FY20 U.S. National Institutes of Health (NIH) budget were a bipartisan lovefest. The support for NIH that was evident in congressional oversight hearings before both the House and Senate Appropriations Subcommittees on Labor, Health and Human Services, Education, and Related Agencies is notable because the Trump Administration’s FY20 budget proposal called for a $5 billion cut to the NIH, rolling the budget back two years.

Committee leaders on both sides of the aisle were clear in their support for the NIH and for budget increases for the NIH. Representative Nita Lowey (D-NY), chair of the full House Appropriations Committee, said, “I would like to increase this budget as much as we possibly can.”

Representative Tom Cole (R-OK) said, “While I appreciate and sympathize with the fiscal restraint expressed in the president’s budget, I do not think a reduction of the magnitude this budget [proposal] recommends for NIH is in the best interest of the American people.” Cole, along with Senator Roy Blunt
(R-MO), chaired the House and Senate Labor Subcommittees for the previous five years and has been responsible for major increases for the NIH. Cole and Blunt were the recipients of the 2018 ASCB Public Service Award.

NIH leaders, who testified before the two committees, were met with a similar welcome at the hearing before the Senate. Senator Richard Shelby (R-AL), chair of the full Senate Appropriations Committee, echoed the comments of his House colleagues, “I’m not interested in cutting your budget,” he told NIH Director Francis Collins. “I’m interested in increasing it.”

Increasing the NIH budget for FY20 will not be without difficulty. Both the House and Senate Appropriations Committees are facing overall limitations on the amount that can be spent for defense and for domestic programs. Those limits will need to be increased for any increases in spending for important programs to take place. There seems to be universal agreement on the Hill that these budget caps should be raised. It is just a question of how much.

As with all appropriations committee hearings, there was discussion about some of the policy issues facing the NIH. The need to focus funding for young investigators was brought up in both hearings. Discussion in the Senate hearing also focused on concern that foreign governments are taking advantage of the openness of science in the U.S. to steal data and results from American scientists. Both committee members and NIH leadership at the hearing expressed concern that federally funded researchers were not identifying collaborations they have with other nations. 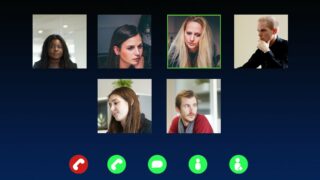