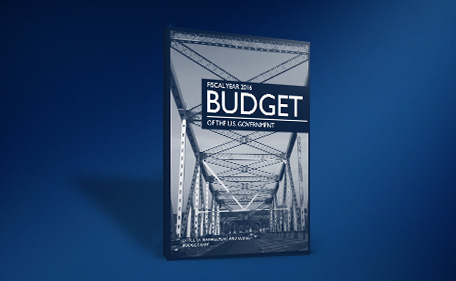 The President’s FV 16 budget is off to see the Congressional wizards. OMB photo

The Obama Administration sent its Fiscal Year 2016 budget proposal to Congress today and it contained good news for the biomedical research community—a 3.3% increase in funding over last year for more NIH research grants.

The publication of the President’s budget proposal is only the first step in a very long journey that may not end, if recent history is any indicator, until next December or even the new year. Still if Congress were to adopt the budget as it was sent to them this morning, it would mean a NIH budget of $31.31 billion for Fiscal Year 2016. That would be a $1 billion or 3.3% increase over the 2015 NIH budget. The 3.3% increase is also the first time in years that the budget request is larger than the annual rate of biomedical inflation, which is estimated to be 2.4% for the next fiscal year.

When you drill down into the details inside the $1 billion increase, you find a significant increase in the number of competing research project grants (RPGs), from an estimated 9,076 in FY2015 to an estimated 10,303 for Fiscal Year 2016.

Thanks to some artful budgeting, the budget for the National Institute of General Medical Sciences ((NIGMS) will be increased by $61. 5 million to a total of $2.43 billion. The NIGMS budget will also be able to support almost 100 more competing and noncompeting RPGs.

It is all but certain that Congress will refuse to rubber stamp the budget. But that doesn’t mean that it will be all bad news in the coming months. The constructing of federal budgets is all about negotiating and the President’s budget is a nice place to start, say longtime NIH budget watchers. It also shows just how much support the biomedical research community has at the White House. When you are about to start a very long and difficult journey, it’s nice to know you have some friends, sending you off and promising to stay in touch along the way..