Congress and the NIH Spending Bill: The beginning of a beautiful friendship? 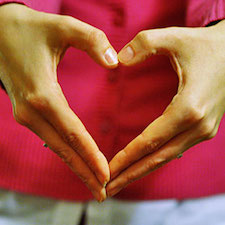 Is Congress in love again with the NIH? Photo by Shimelle Laine

It turns out they like us, or so they say. Basic researchers should take note that for the second year in a row, U.S. Senate appropriators have declared funding the National Institutes of Health a national priority. In a resource-constrained environment, the Senate Labor-Health and Human Services Appropriations Subcommittee (Labor-HHS) recommended that the NIH be provided a $2 billion increase for FY17, recommending $34 billion for FY17.

The measure has broad support from Democrats, making it the first bipartisan Labor-HHS appropriations bill in seven years. Ranking Member Senator Patty Murray (D-WA) acknowledged, “Hard choices had to be made…to cure the toughest and most devastating diseases we face.”

The bill outlines increased funding for every NIH Institute and Center. The new money is to support investments that advance science and speed the development of new therapies, diagnostics, and preventive measures, all to improve American health. This is great news for basic scientists. This proposed funding will enable researchers throughout the U.S. to provide new support in fields such as cell biology, biophysics, genetics, developmental biology, and so many other areas.

“The ASCB applauds Sen. Blunt and Sen. Murray for their dedication and support of the NIH,” says Erika Shugart, ASCB Executive Director. “This is a very positive first step and we hope that the House follows suit in the near future.”

The House has not yet written its own version of the NIH bill. However, Rep. Tom Cole (R-OK), chair of the House Labor-HHS Appropriations Subcommittee, has recently gone out of his way to state his public support for the NIH and pledged to include a $2 billion increase in the House bill.

“It’s terrific to see bipartisan support for biomedical research, but there’s still a long way to go before this bill gets signed into law,” warns Connie Lee, chair of the ASCB Public Policy Committee. “We will continue to engage Congress on this bill to ensure the best outcome for basic researchers.”

Meanwhile all eyes turn to the House to see whether biomedical research is the object of true congressional love or just a passing fiscal fancy.