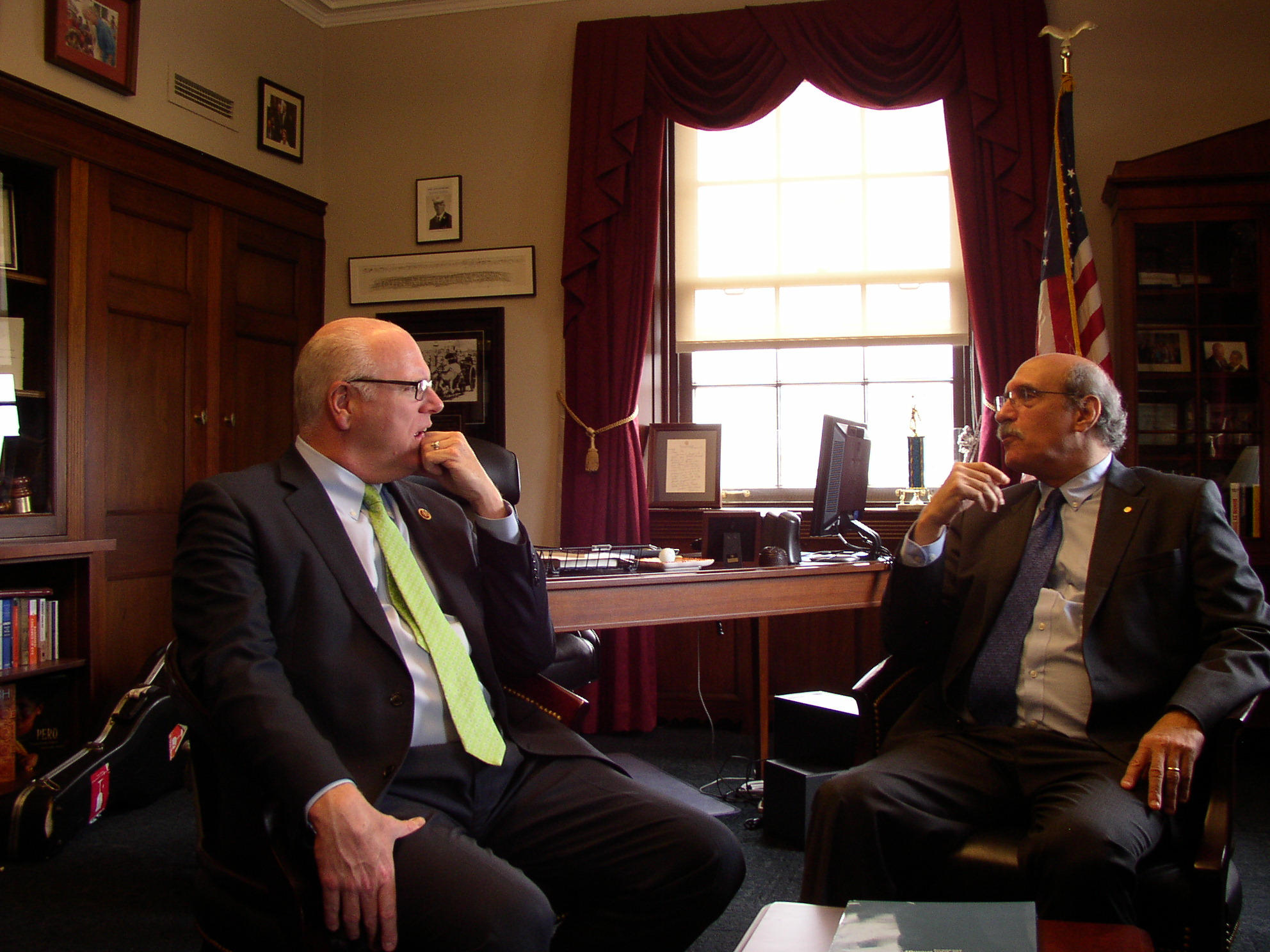 Getting the picture: Marty Chalfie (on right) explains unexpected
impact from unexpected discovery to Representative Joe Crowley
(D-NY) on ASCB Hill Day visit. ASCB photo
Scroll down for slideshowIt began as a quiet Friday on Capitol Hill. May 30 found many members of the Senate back home for a long weekend, meeting with constituents. The House of Representatives had been in session until almost 2:00 am the night before, voting on funding for the departments of Commerce and Justice plus other agencies including the NSF. But then a contingent of ASCB Councilors and leaders arrived. Things soon grew much livelier.

A known name always helps on the Hill and Councilor Marty Chalfie cheerfully allows ASCB policy staffers to use his fame as a Nobel Prize winner as an icebreaker. When Congressman Crowley learned that Chalfie was a Nobelist, he turned to his staffer to announce, “Oh, we’re definitely getting a picture with him.” Earlier in the day while Chalfie was explaining the impact of GFP on bioscience, another staffer, a recent veterinary medicine graduate serving a year as an AAAS Policy fellow, suddenly put his face in his hands, groaning that he hadn’t realized that he was sitting with one of its discoverers.

Everywhere, the ASCB leaders were met with open enthusiasm by members of Congress and staff but also with equally frank acknowledgements that the current federal budget will not allow Congress to match that enthusiasm with money. On their side, the ASCB leaders stressed the exciting research emerging from labs around the country, the difficulties conducting that research because of declining federal funding, and the impact of all this on the next generation of young scientists. On more detailed issues, the ASCB leaders were critical of proposed budget bill amendments aimed at cracking down on wasteful federal travel but which would have had the unintentional effect of banning federal scientists from attending scientific meetings, leaving them professionally isolated.