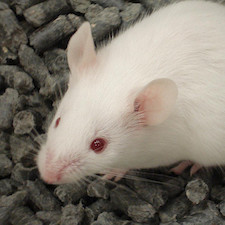 Model organism databases are at risk of losing funding. Photo by Rick Eh.

FlyBase, WormBase, Saccharomyces Genome Database, ZFIN, Mouse Genome Database, and Rat Genome Database—these are all model organism databases (MODs). Essential tools for researchers, they are supported chiefly by grants from the NIH’s National Human Genome Research Institute (NHGRI). And they are all in danger, say ASCB members David Bilder and Doug Koshland, if NHGRI goes ahead with plans to phase out by 2020 its role as sole funder of these MODs as well as the “granddaddy” of human genomic databases, the Online Mendelian Inheritance in Man (OMIM). Bilder and Koshland, both at the University of California, Berkeley, are calling on ASCB members and colleagues to sign an open letter to NIH Director Francis Collins, urging him reconsider NHGRI’s proposal and to continue “adequate and sustained funding to MODs.” The letter will be presented to Collins at a genetics meeting in Florida on July 14. The ASCB has joined the Genetics Society of America and the Society for Developmental Biology to endorse this effort. The letter currently has over 7,000 signatures including many Nobel laureates and members of the National Academy.

Writing in Science last January, Jocelyn Kaiser reported that NHGRI currently spends nearly $30 million a year maintaining these MODs plus OMIM. In May 2015, NGHRI told a meeting of database leaders that they had to find alternate sources of funding to cover part of their operating costs by 2020, suggesting that they might modify their current free access policies in favor of subscriptions. There are real costs in operating these MODs and funding has not kept pace with them, especially with the massive number and ever-increasing size of data sets, according to NHGRI Director Eric Green. Nothing has been decided, Green told Science in January but he maintained that NHGRI is not a “good long-term home” for these MODs.

Bilder and Koshland now say that, “NHGRI/NIH has recently advanced a plan in which the MODs will be integrated into a single combined database, along with a 30% reduction in funding for each MOD. While increased integration will present many advantages, the plan will result in loss of critical organism-specific datasets.” They warn, “Given the large number of scientists that this policy change would affect and the importance of their work, this is a matter of extreme concern,”

ASCB asks all scientists who value the community-specific nature of the MODs to sign this open letter. You can do so at the Support Model Organism Databases website. The letter with all signatures will be presented to the NIH Director at a meeting organized by the Genetics Society of America on July 14 in Orlando.