ASCB Leadership on the Hill 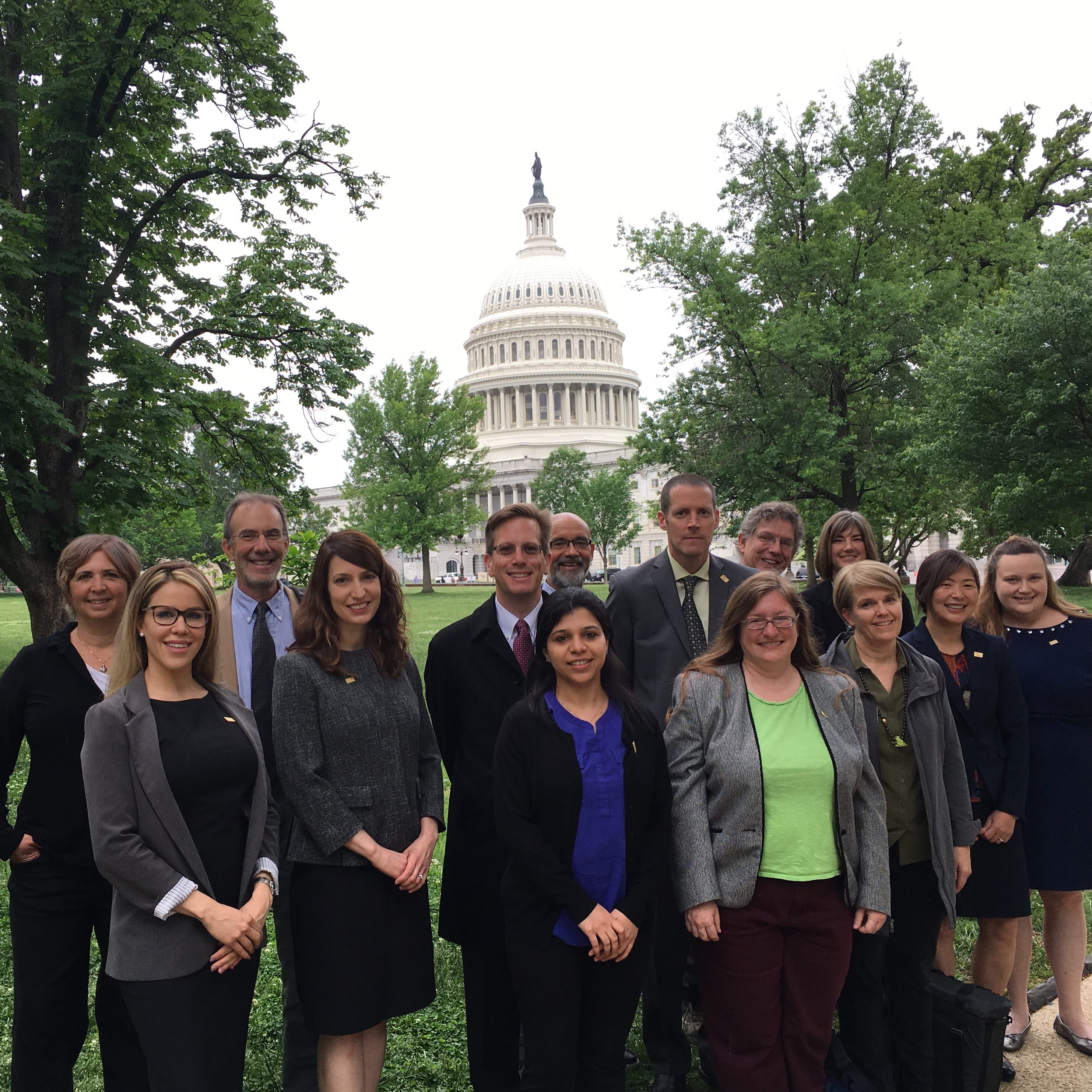 The Council and committee members had meetings with 29 congressional offices from 10 states. During their meetings, ASCB members thanked the members of Congress and congressional staff for the $3 billion increase the U.S. National Institutes of Health (NIH) received in the FY18 federal budget and the 3.9% increase for the National Science Foundation. ASCB members did express concern about possible restrictions on certain areas of NIH-funded research that could be included in the FY19 NIH budget.

Members of Congress do not always understand how important an open U.S. immigration policy is to the American biomedical research community. ASCB’s leadership took the opportunity to remind Congress of the importance of immigration.

Finally, in their meetings with Senate offices, ASCB members raised concerns about HR 70, Federal Advisory Committee Act Amendments of 2017, a bill with the aim of prohibiting politically motivated appointments to federal advisory committees. The bill, which could be approved by the Senate and signed into law by the president, has the unintended consequence of imposing significant administrative burdens on NIH study section participants.