Since taking office in 2021, the Biden administration has rolled back a number of anti-immigration policies from the previous administration that have had a harmful impact on the U.S. scientific community. Recently, the U.S. Department of Justice (DoJ) announced that a signature national security program under the leadership of then-U.S. Attorney General Jeff Sessions that focused on potential economic espionage by the People’s Republic of China would be replaced with a new strategy for countering nation-state threats. The now-reversed policy had been responsible for a series of criminal charges and some convictions of U.S. scientists of Asian descent.

On November 1, 2018, Sessions announced the creation of a large-scale program that he called the China Initiative that was dedicated to combating economic espionage by the People’s Republic of China. In prepared remarks, Sessions said that the initiative “will identify priority Chinese trade theft cases, ensure that we have enough resources dedicated to them, and make sure that we bring them to an appropriate conclusion quickly and effectively.”

Sessions detailed the mission of the new program, saying, “This will help us meet the new and evolving threats to our economy. Today, we see Chinese espionage not just taking place against traditional targets like our defense and intelligence agencies, but against targets like research labs and universities, and we see Chinese propaganda disseminated on our campuses.”

On the two-year anniversary of the Initiative, the DoJ issued a press release reporting on its recent successes, quoting FBI Director Christopher Wray, “The FBI opens a new China-related counterintelligence case nearly every 10 hours and we’ll continue our aggressive efforts to counter China’s criminal activity.”

Despite the number of cases apparently opened by the FBI, the results of the Initiative are uncertain. Groups that have tried to track the results of the initiative were met with ever-changing metrics by the DoJ. News reports regularly report on those charged and the hardships they, and their lab members, face while awaiting trial. There are also reports of cases being dropped, at least one because of prosecutorial misconduct. There has been a strong belief that too many of the cases were based on racial bias.

In announcing the effective repeal of the China Initiative on February 23, 2022, Assistant Attorney General for National Security Matthew Olsen said that the DoJ is aware from civil rights groups that the program was adding to intolerance and anti-Asian bias. Going forward, the DoJ would focus its attention on the Chinese government, the Chinese Communist Party, and Chinese agents and would no longer focus on “the Chinese people or those of Chinese descent.”

Olsen continued, “There are also increasing concerns from the academic and scientific community about the department’s pursuit of certain research grant fraud cases. We have heard that these prosecutions—and the public narrative they create—can lead to a chilling atmosphere for scientists and scholars that damages the scientific enterprise in this country. Safeguarding the integrity and transparency of research institutions is a matter of national security. But so is ensuring that we continue to attract the best and the brightest researchers and scholars to our country from all around the world—and that we all continue to honor our tradition of academic openness and collaboration.”

Olsen pointed out that under the revised policy, the White House Office of Science and Technology Policy would play a significant role by providing guidance to federal research funding agencies to allow for the correction of inaccurate or incomplete disclosures, areas that had often led to the espionage-related charges.

This change in administration policy will certainly be welcomed by many in the scientific community and beyond. The new policy does not, however, eliminate the requirement for federally funded investigators to fully report any financial conflicts to make sure that federally funded research remains free of bias. 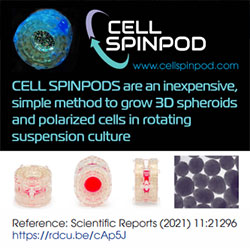 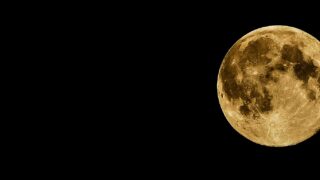