After a Long Deep Freeze, the NIH Budget Might Be in Bloom Again on Capitol Hill 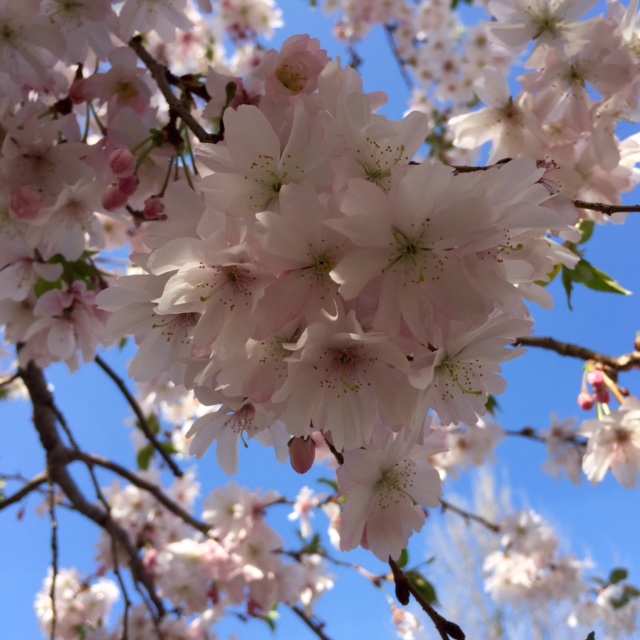 That wonderful perfume in the air on Capitol Hill this spring? Could it be a new attitude toward NIH funding? ASCB photo by Christina Szalinski

There is a certain smell in the air on Capitol Hill these days. While spring break tourists might credit the tulips and cherry blossoms in bloom all over the grounds of the Capitol, science policy advocates are sniffing the sweet smell of renewed support for the U.S. National Institutes of Health (NIH). Or is it just the usual public relations perfume associated with politicians who want to make constituents happy?

Regardless of the source, there is something new in the air in the halls of Congress when it comes to the NIH. After years of flat funding and flatter congressional interest in doing anything about it, the first whiffs of something different were detected wafting through Congress almost as soon both chambers came back into session this winter. Serious legislation was introduced in both the House of Representatives and the Senate that would make significant changes to the accounting used to establish the NIH budget each year. Other legislation would make major changes to the sources of funding for the NIH. In ASCB’s view, not all these bills are good but at least Congress is trying.

As reported in the ASCB Post two weeks ago, members of Congress charged with overseeing the NIH budget have been more vocal in their support for the NIH. At a critical hearing on the NIH budget, new subcommittee chair Rep. Tom Cole (R-OK) said he has developed a new appreciation for the work of the NIH. Subcommittee member Rep. Steve Womack (R-AR) went even further, telling NIH Director Francis Collins that he was “in awe” of the NIH. “I am grateful for the NIH,” Womack continued.

Finally, several members of Congress who normally oppose “big government” and increased deficits have been speaking out in support of significant, long-term increases for the NIH budget. In a recent interview with the Huffington Post, former House Republican Eric Cantor called for his former colleagues in the House to provide the NIH with significant budget increases without worrying about how to pay for it. (Normally, increases in one program have to be offset with cuts to another program).

In the interview, Cantor said, “My position would be, let’s go ahead and commit to long-term creation of value, let’s go in and put all the incremental dollars on the domestic side into scientific and medical research.” Cantor admitted that, when it comes to funding biomedical research in tight fiscal times, “The hang-up has always been on my side of the aisle.”

This is not just the view of a former member of Congress who doesn’t have to worry about the next election. Representative Kevin Yoder (R-KS) recently called for another doubling of the NIH budget to $60 billion without making matching cuts in other places in the budget.

Representative Yoder told the Huffington Post, “Honestly, I’m not a big fan of deficit spending. I’m not a big fan of deficits. Certainly, as a conservative Republican, I believe the fiscal health of our nation is one of the most critical issues long term. But I think I can go to my 16-month-old daughter and I can say, ‘I borrowed money in your name to cure cancer’ and she would thank me.”