Add an Extra Dose of Science to Government Rulemaking

Democracies tend to have common expectations embedded in their culture. The most fundamental of these is that we insist our government responds to our views and policy preferences. While some cynicism about the political system is healthy, representative government only functions over the long term when it’s perceived to reflect the values of the people it serves.

But American civics reminds us that not all government bodies are designed to express the people’s will directly. Indeed, only one third of the federal government—the legislative branch—is actually elected. It is true that we elect the President, but that’s a singular exception: the executive branch is populated almost entirely by political appointees and (to a much larger extent) career hires who are never subjected to an election. As a result, they’re only indirectly accountable to the public, at best.

Historically and constitutionally, the executive branch was designed to implement legislation passed by Congress, not generate policy de novo. However, the executive branch now plays a dominant role in the final policies that come out of legislation. There are myriad reasons for this, the greatest perhaps being that the government’s purview has grown rapidly since the early 20th century. Laws passed today tend to be purposely broad and vague, so that administrative experts in executive agencies can translate legislative language into the detailed and complex regulatory rules that are actually followed on a day-to-day basis. 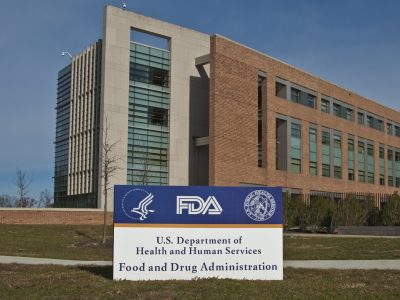 Executive rulemaking is highly consequential, and very often it’s also deeply connected to science. To give you a sense of just how connected the two can be, here are some notable scientific issues whose ultimate fate has recently been—or will be—determined by an executive rule:

As you can tell from these examples, a great number of the health, medical, and environmental policies that are important to scientists are determined not just by Congress, but also by the rules and decisions made by unelected executive bodies.

Giving Private Scientists a Voice in the Public Executive

For those of us who value empiricism and use it as a driving force in our lives, we inexorably want to see that our government ‘gets it right’ on policy. Or, at the very least, we hope it uses something approximating an evidence-based approach in its decision-making.

But executive agencies aren’t directly accountable to voters. So how can scientists who aren’t working in government help to ensure that, when they transform laws into governing rules, they do so through a scientifically-informed process?

There is a mechanism in place for this. It’s a somewhat wonky, and certainly lesser-appreciated, feature of government: the public notice-and-comment period.

On the surface it seems like a rather obscure and dry topic, but notice-and-comment is actually a very useful feature of government, and one that scientists should take full advantage of. It has its roots in the Administrative Procedure Act (APA) of 1946, a bill born out of the executive expansion of the 1930’s-era New Deal progressivism. The APA provides a formal process for executive rulemaking, and attempts to balance the need for judgment and technical expertise from unelected officials with an opportunity for public representation. As part of this framework, the APA requires (for the most part) that every new rule or rule change include a period to collect input from the public.

In brief, here’s how the process works. When a regulatory agency (for example, the FDA) announces a new rule, the announcement is placed on the Federal Register, the official compilation of all government regulations. The public comment period commences on the day of the announcement, and usually lasts for 60 days. During this period the agency accepts any and all comments. After the comment period ends, the agency reviews any posted commentary and generates its final decision on the proposed rule.

I know what you’re probably thinking. It’s a sham, right? They don’t really have to listen to public comments if they don’t want to, do they? It’s true that at the federal level, agencies have the discretion to review or ignore publicly submitted comments. There are some academics who thus liken public comment to mere symbolism, a political form of “kabuki theater.” While the empirical data in this regard are mixed, and the question is hotly debated in academia, the bottom line is that there are many documented cases in which public comment made a substantive impact on a new regulation.

Notice-and-comment periods often draw thousands of comments. A handful typically come from well-financed organizations with high stakes in the outcome of a regulation; the rest come from ordinary citizens. Comments from the latter are, generally speaking, not very useful to regulators. This is because regulators use the comment period to collect actionable empirical data that they otherwise lack, and most comments are notably thin on substance. But as a scientist, substance is your bread and butter. Deep knowledge of a subject, advanced communication skills, methodical attention to detail, an instinct to stay rooted in facts—these are all attributes that will naturally make your comments stand out. Scientists are thus especially well-positioned to influence this process.

With that said, here are some guidelines you can use to generate an impactful comment. These suggestions were culled from a number of academic sources that took an empirical look at the notice-and-comment period over the last two decades.

Find a Rule. Draft rules and comments can be found at regulations.gov. You may have to dig a little, but with the search and browse features you’ll eventually be able to find your rule of interest. Each draft rule has its own unique docket number, and if you travel to the main docket page you can find all publicly available documents, a place to post comments, and a docket-tracking feature that provides you with regular email updates.

Cite empirical data as thoroughly as possible. One of the strongest advantages to having a background in science is that you’re able to draw from the bank of peer-reviewed evidence to support your position. A suggestion or commentary that is heavily annotated with supporting references will be given substantially more weight. (Don’t worry if the end product is a fairly lengthy tome: there aren’t any word limits to a comment.) The other advantage is that your expertise, both in your field and from your broader academic training, allows you to delve into the scientific documents made available to the public during the rulemaking process. This will allow you to critically analyze and comment on data directly pertinent to the regulation in question.

Write Cogently. In addition to being a warehouse of esoteric knowledge, you’ve also been well-trained in the art of cogent argumentation. Choose your words carefully. One study suggested that cognitive complexity alone makes a public comment more likely to have an impact.

Emphasize any ‘situated knowledge’ you have on the issue. Having a strong science background is great, but it may not always be enough to persuade regulators. Often the most valuable information comes from people with situated knowledge; that is, those who have uniquely useful information stemming from their individual circumstances. A simple example of this would be a comment from a cab driver who’s responding to a municipal rule change on city traffic patterns. Who better to comment than someone on the front lines of a rule? For issues that are scientifically relevant, think about your area of expertise. An entomologist will have a great deal of pertinent information on the release of genetically modified mosquitoes, while physicians and medically-oriented scientists might have a unique perspective on the medicinal value of kratom.

Americans tell pollsters that they broadly support science; nevertheless, on critically important issues there’s a widening disconnect between what scientists believe and what the public believes. This is no more evident than in many of the comments that are deposited during notice-and-comment (see the rules changes I’ve listed above). Bench work is essential to the scientific endeavor, but so is active public engagement.

The scientific community has an enormous wealth of training and expertise, and notice-and-comment is a venue almost tailor-made for our strengths. Consider leveraging your background and adding your voice to the national discussion.

Travis is a former postdoc at Albert Einstein College of Medicine in Bronx, NY, where he studied linker histone H1 and its role in chromatin structure in Drosophila. Earlier this year he left academia and is currently a full-time medical writer and aspiring freelance science writer. Travis joined COMPASS in March 2015 and will be finishing his term at the end of 2016.

Travis is a former postdoctoral researcher in the Cell Biology Department at Albert Einstein College of Medicine in Bronx, NY, where he studied the role of linker histone H1 in the regulation of chromatin structure in Drosophila melanogaster. He remains affiliated with the Einstein division of the national IRACDA program, where he is developing interventions to improve STEM student learning outcomes, and is an adjunct assistant professor at Iona College. Travis recently left his full-time academic position to pursue a career in medical writing. He has been a COMPASS associate member since March 2015 and is serving on the communication subcommittee. Email: travis.j.bernardo@gmail.com Comments and suggestions are always welcome! Email: travis.j.bernardo@gmail.com Comments and suggestions are always welcome!