A Broken System or a Fatal Flaw? High-Level Panel to Tackle the Future of Research at ASCB/IFCB Session

The biomedical research ecosystem is changing. The resources are scarcer, yet more trainees are competing for coveted tenure-track positions than ever before. The competition is made tougher by the impact factor of journals being used as a measure of research success. Fewer than 10% of PhDs go on to become tenure-tracked professors, yet this is the default career for which graduate students and postdocs are trained. Harvard postdocs Jessica Polka and Kristen Krukenberg believe that it’s time for researchers at all levels to face the new realities and, to that end, they initiated a dialogue about the “Future of Research,” pulling in leaders in the biomedical research enterprise to a special interest subgroup session at the ASCB/IFCB Meeting in Philadelphia on December 6, 2014 at 1:00 pm.

“There’s a general sense that biomedical science is affected by this hypercompetitive atmosphere that is not incentivizing the most productive kind of behavior,” says Polka. ”This is coming at a cost of efficiency in terms of doing science, and also sort of a human capital loss of all of these people who are so enthusiastic but don’t continue in science.” To explore the problem at the ASCB/IFCB meeting, Polka was to able to sign up two of the four co-authors of a controversial article published last March in PNAS by academic leaders Bruce Alberts of the University of California, San Francisco; Marc Kirschner of Harvard University; Shirley Tilghman of Princeton University; and Harold Varmus of the National Cancer Institute.

Alberts and Tilghman will join the Saturday panel at the meeting. Tilghman, who was Princeton’s first woman president and will be ASCB President in 2015, is set to describe a new vision for “Creating a sustainable workforce for biomedical science.” Alberts, who recently received the National Medal of Science, will talk about “Incentivizing more innovation, and some thoughts about lab size.” Also included in the lineup are Connie Lee of the University of Chicago, who is Chair of the ASCB Public Policy Committee; Tony Hyman of the Max Planck Institute, who will take a seat on the ASCB Council next year; Kenneth Gibbs, Jr. of the National Cancer Institute; and Jon Lorsch, Director of the NIH National Institute of General Medical Sciences.

This Philadelphia panel follows on the heels of a “Future of Research” symposium organized by Polka and Krukenberg last month in Boston. Sponsored in part by ASCB, the panel was aimed at trainees. According to Krukenberg, “There have been a lot of proposals and suggestions about the future [of the biomedical workforce] and postdocs or graduate students are not really part of the conversation. We wanted to learn more and get involved in shaping the decisions about where this would go.” The two-day meeting featured workshops including “How should we prepare trainees for careers in science in 2014?” and “How do we structure funding to promote desired outcomes?”

Polka explains, “We wanted a way to take the conversation out of our local community [in Boston]. We thought the ASCB meeting would a perfect opportunity to do something like that.” Polka says the subgroup in Philadelphia “will be focused more on the general principles of scientific innovation and how can you actually be part of that. It’s really something that’s common to all scientists, not just to junior researchers.” After the panel’s presentation, a full hour is scheduled for discussion, says Polka.

Krukenberg believes that “It’s easy [for postdocs] to get sidetracked with personal frustration and bitterness. You can understand where it’s coming from; many postdocs are stuck in this limbo. They’ve been a postdoc for five or six years and have no idea what to do next, but it’s hard to engage in conversation around that. We’re trying to keep it positive, about what we can do, and not just what we don’t like about being a postdoc.”

“The reason I find this topic interesting is that so many people are preoccupied by their job prospects and doing everything to advance their careers,” says Polka. “It’s really unfortunate. This shouldn’t be about our careers. It should be about doing science. I think there’s a good reason people are worried about their careers. The system is broken and desperately needs to be fixed.” The problem is bigger than any individual’s success or failure, Polka believes, but it’s hard to get beyond the personal. “I hate thinking about my career; it’s not something I want to have to be thinking about,” says Polka. 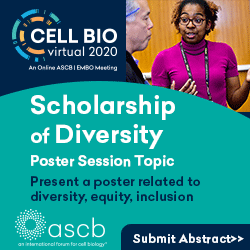