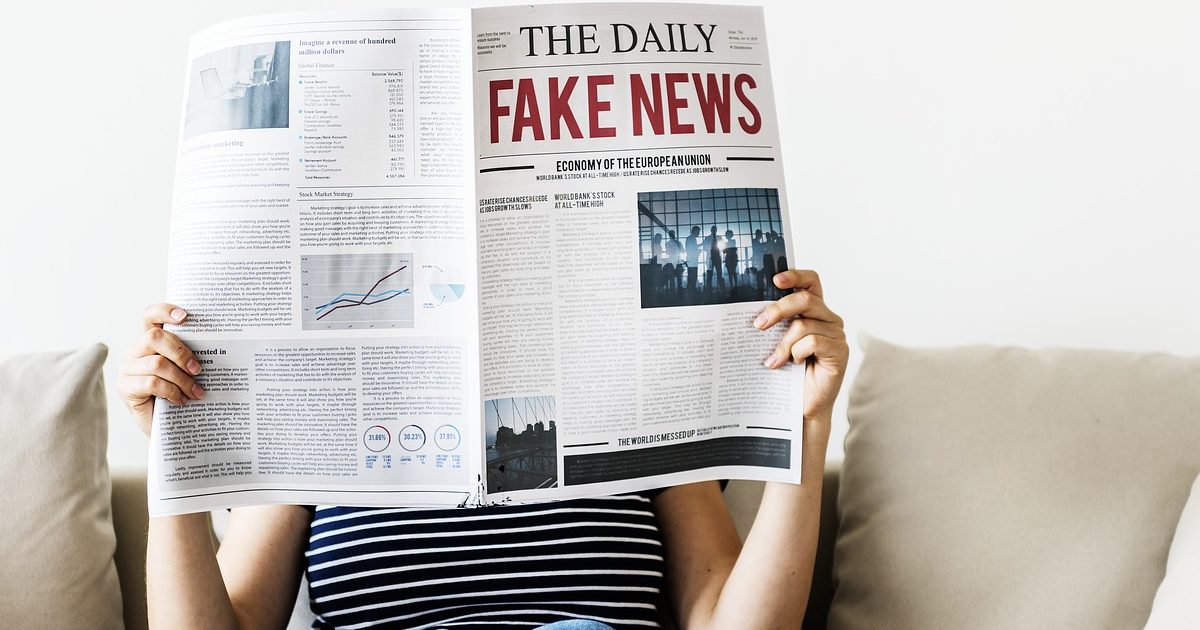 The importance of social media in our lives—the good, the bad, and everything in between—is not surprising to anyone. The spread of misinformation is a critical issue, however, because social media is the primary source of information for 41% of Americans. Significant misinformation or fake news presented through social media platforms is related to scientific research, including topics such as stem cell research, vaccines, cancer therapies, cures for diseases, etc. Although social media companies are now trying to reduce the amount of fake news, scientists engaged in outreach should consider participating more on social media, specifically to help reduce the misinformation related to scientific discovery. It’s not an easy task and there is no simple solution, but I believe we can be helpful in multiple areas, from a family discussion group in WhatsApp to a larger audience via Twitter.

Identifying fake news is easier than correcting it

It doesn’t take long for a trained scientist to find inaccurate news about a scientific discovery on Facebook, Twitter, or in a message from your aunt. You want to correct the information without being too professorial, yet you must be accurate and scientifically proper. As in any outreach endeavor, we need to make the knowledge accessible and easy to understand for the general public. One common mistake is when scientists engage in the debate with a stance of “I am a scientist, so I know more than you.” Your degree or specialization per se will not fix a fake news post or the public perception, but the way you explain will. You can mention your scientific credentials, but it’s far more important to craft an accessible explanation about the fact you want to correct. Don’t simply try to correct the fake news by linking to a scientific paper and/or news website. Instead, make a personal connection, with your own explanation, and support your own writing with a link/article. We, scientists, are the experts, but expertise means knowing how to explain your science—to peers and to the public!

Scientists’ number one struggle: how can we be accurate and succinct at the same time?

Social media communication is fast. Long posts usually get fewer reads than short ones. Yet scientists generally explain their discoveries to their peers in long, detailed articles—exactly the opposite of what is needed for science outreach via social media. Rather than five-minute elevator pitches, you need to explain your science in two sentences. I strongly recommend you try it! It’s not easy. Describing scientific discoveries using analogies can be helpful, as can using percentages and schematics.

Another important issue related to explaining science to the general public is the scientific method itself and how the scientific community works. Take, for example, misinformation on social media related to climate change. A significant amount of fake news regarding this topic comes from the premise that not all scientists agree with the role of human development in climate change. Much of the general public does not necessarily appreciate that scientific consensus is not 100% on most topics—knowledge is solid but at the same time fluid. To counter “scientist A said this, scientist B said that” situations, professional scientific societies, like the American Society for Cell Biology (ASCB), can take a leadership role in communicating/informing the public about scientific consensus and knowledge because they are a representative body of scientists. Scientific societies express their opinions in White Papers or Opinion Pieces. You can check out examples of White Papers from ASCB on stem cell and organoid research here.

Tell your social media friends what you do through digital outreach

Besides correcting misinformation on social media, you can engage in science outreach by promoting your own science to your followers on social media. Once again, being succinct and objective is critical. Proper hashtags, schematics, and analogies can be extremely helpful to explain your science to the public. Other effective ways to bring science to the public include short YouTube videos, Science Sketches, outreach-oriented Twitter or Instagram accounts, and blogs. ScienceBlogs is a great example of a repository of science news written for the public.

We are scientists in the 21st century. As technologies and discoveries continue at a rapid pace, our ways of communicating with the public must also change quickly. Social media is here to stay, and we need to use it appropriately to correct misinformation as well as to promote science outreach. Although scientists are good at condensing knowledge into a few sentences in manuscripts or grant proposals, learning how to provide information to the public in a fast, succinct, and accurate manner is a separate skill. We need to hone this skill. Being concise (but accessible) is the way to make our science understood by all.