In 2018 the American Society for Cell Biology awarded seven Public Engagement Grants, supported by Science Sandbox, an initiative of the Simons Foundation. Grantees received from $10,000 to $35,000 to realize their bold ideas, with the mission of engaging their local communities in the process of science and increasing public scientific literacy. Now that a new cycle of Public Engagement Grants is available for applicants in 2020, we checked in with some of our awardees to see how their projects were going.

Larissa Vingilis-Jaremko, who, at  the time of the awards was at Toronto’s York University, used her 2018 grant for the Canadian Association for Girls In Science (CAGIS), a volunteer-run science club for girls aged 7-16, which she founded as a young girl herself. Twenty-seven years later, chapters across Canada hold monthly events where they bring girls to the workplaces of women and men in STEM fields to do fun, hands-on activities. Although CAGIS was a well-established entity, Vingilis-Jaremko says the ASCB grant gave her organization an impressive boost.

How specifically did ASCB’s Public Engagement grant help you further the efforts and mission of CAGIS?

Despite our longevity and wide reach, we were actually a grassroots, volunteer-run organization. The organization was managed by me, in my volunteer hours outside of my academic postdoctoral work, with help from my mother, who is a professor at another university. Each CAGIS chapter was run by a small group of volunteers who organize monthly events. We charged a small yearly membership fee and waive the fees for low-income families to keep the club as accessible as possible. Although our chapters were still running strongly with monthly events, our systems were outdated; members still had to join by sending their membership form by postal mail, our website was quite old and outdated in style, and we couldn’t meet the growing demand we were experiencing as a 100% volunteer-run organization. The ASCB grant supported my part-time salary to work on updating our systems, to build a basic new website that was more current and allowed people to join online, focus on our communications via social media and a newsletter, and apply for further funding to support the organization. 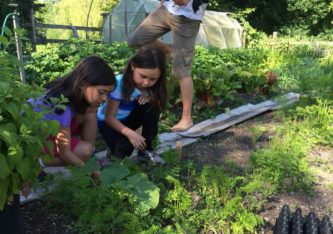 Were you able to achieve the goals you had for the ASCB grant funding?

Yes!  We were able to achieve everything and more! The funding from the ASCB completely transformed CAGIS within one short year! We created a simple but more current new website that gave CAGIS a more professional online presence and also allowed parents to join or renew online. We also started new Twitter (@GirlsInScience) and Instagram (@GirlsInScience) profiles for CAGIS to add to our Facebook page and began posting original content regularly. Our membership levels increased by 40% during that year, which is likely because of the more professional website and growing social media presence. We started two new chapters this fall and there is interest from several other potential chapter locations in 2020. We additionally were awarded the WCT Empowerment Award for our leadership in inspiring girls to enter STEM, the details of which were published in Canada’s national newspaper, The Globe & Mail. Finally, we were awarded a grant of $550,000 by the Government of Canada to further support CAGIS and our capacity building initiatives over the next four years. We are very grateful for the ASCB funding; the results have far exceeded our expectations and we working now to better support a new generation of girls in STEM.

Tell me about when you first decided to start CAGIS. You were only 9-years-old!  Set the scene.

I founded CAGIS when I was 9-years-old because I noticed that girls in my class hated science; they thought that they were not smart enough or the right fit for STEM fields. They also had stereotypes of scientists as old men with wild white hair and lab coats. I had a very different view of the sciences, largely from my parents, a research scientist and an engineer, who regularly used STEM to explore, experiment, and answer my questions. I wanted to share my positive experiences and role models with my friends and started by inviting my parents’ colleagues into my classroom to do activities with us. I soon realized that my female friends at other schools had similar stereotypes so I decided to start a STEM club for girls where we could visit women in STEM to do fun experiments and activities.

Did you ever imagine it would grow into eleven chapters across Canada 27 years later?

I didn’t even think about it at the time! When I was starting out, I was more focused on doing fun, hands-on activities with the other girls in the club and figuring out what fun topics we would explore next. Within a few years, several other cities were expressing interest in starting their own clubs, so we developed a model to help other chapters start, a model we have continued to refine over the years. We continue to receive a lot of interest from cities across Canada and around the world! 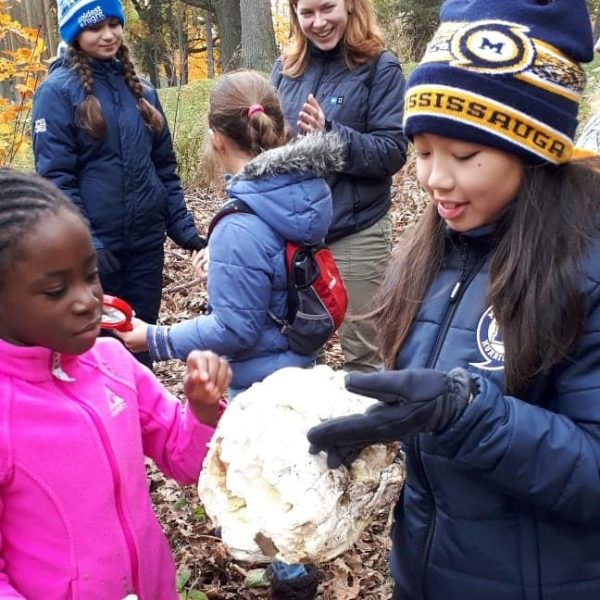 Why is it important to focus on science for this particular age of girls?

Women remain under-represented in STEM occupations in Canada (1), the USA (as reported by the US Department of Commerce, 2017) and many other countries around the world (as reported by UNESCO, 2017).  It is important to remove barriers and support girls’ interest in STEM in order to maximize diversity so that we have a variety of minds with a wide range of ideas innovating and working on research and development in our knowledge-based society. Children are inundated with stereotypical portrayals of scientists in the media and society including TV shows and children’s toys, which are becoming increasingly gender divided (2). Research has demonstrated that the media and children’s exposure to scientists plays a strong role in shaping their perceptions of scientists (3, 4, 5). These media portrayals of scientists can influence students’ interest in entering those fields (3). However, visits from female scientists, reading articles about women in STEM, providing children with non-stereotyped and diverse role models, hands-on activities, project-based science, and mentoring programs that connect girls to scientists can all improve learning and attitudes toward STEM (6, 7, 8, 9, 10, 11).

How do you select or recruit your hosts?

CAGIS chapter members meet monthly to explore STEM with fun, hands-on activities led by STEM experts in a variety of fields. These monthly events often occur at the workplaces of our STEM experts, giving girls a behind-the-scenes view and allowing the girls to experience the lab and field environment for themselves. For example, in past events, girls have been microbiologists, preparing slides and using microscopes to examine microbes in swamp water; engineers, designing, building, and testing bridges in a wind tunnel; computer scientists, programming code to have robots execute movements to solve a problem; mechanics, fixing cars; and orthopedic surgeons, performing arthroscopic surgery on (rubber) knees. Our chapters are run by groups of volunteers who meet to brainstorm and decide what topics to explore in the coming months. The volunteers will typically try to balance topics so that the girls are exploring a variety of different fields. Sometimes volunteers already know potential event hosts who would be a great fit, sometimes they reach out to labs and workplaces that would be interesting to explore, and sometimes STEM professionals and workplaces reach out to their local CAGIS chapters, requesting to host the girls.

What is next for CAGIS?

CAGIS is working to build new systems that will help us meet our growing demand. For example, we are currently building new online systems that will automate many of the tasks that are currently manual to make it easier and more efficient for chapters and the national organization to function, in addition to updating our training materials with videos to help new chapters start with greater ease and efficiency. Once this groundwork complete, we would like to focus more strongly on communication to ensure that potential members, volunteers, and event hosts know that we exist and how to get involved!