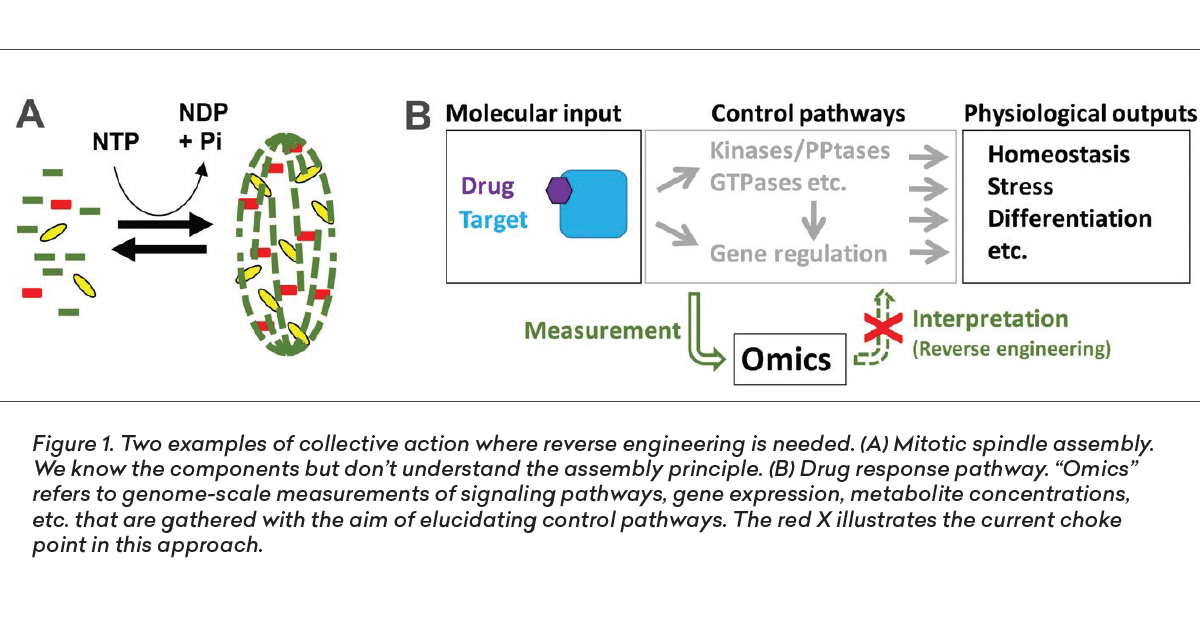 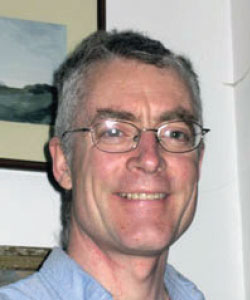 Molecular biology conceptualizes biology through the chemistry of individual macromolecules or discrete complexes. Cell biology is fuzzier. It conceptualizes through the biology of cells, and its molecular arm focuses on ensembles within or between cells where multiple macromolecules act collectively to build some assembly and execute some process. The membership and spatio-temporal boundaries of these ensembles are often poorly defined and subject to change. Even when we have a reliable parts list, we are still deeply challenged to understand the emergent behavior of dynamic ensembles that involve multiple macromolecules, particularly those that are built from weak bonds and dissipate energy. I will use the term “reverse engineering” to refer to the challenge of progressing from a list of components and individual molecular functions to an understanding of emergent behavior and physiology.

Mitotic spindle assembly has long been a paradigm for self-organization and collective action (Figure 1A). Using microscopy to measure dynamics and defects caused by loss of single proteins, the field was able to build a rough molecular picture of spindles in the 1990s and 2000s. But I don’t think we grasped the conceptual heart of the problem. Mathematical models helped, but they tended to make untested assumptions and had trouble dealing with three-dimensional organization. We now know all the proteins involved in mitosis, and something about their functions, but much is still missing at the conceptual level. This year my group will report the concentration and spindle/cytoplasm ratio of all spindle proteins based on mass spectrometry. This is a step forward, but how will we progress from even a quantitative list to a deep understanding of assembly principles, steady-state dynamics, emergent mechanics, and response to perturbation? How will we reverse engineer the spindle proteome? I’m excited by a recent paper from Thomas Surrey’s group1 where the transition between monopolar and bipolar spindle organization was re-imagined as between polar and nematic networks, reconstituted with two key proteins (tubulin and Kif11) and analyzed with a physically plausible model. This is a step forward in understanding a central emergent behavior, but it’s still unclear how we will reverse engineer the full complexity of the spindle.

A different area where my group has been profoundly challenged to understand collective action is in signaling biology and its connection to pharmacology. Figure 1B conceptualizes the system. To understand how cells respond to drug-induced perturbation of microtubules we cast a broad net, measuring time-dependent changes in protein phosphorylation and gene expression using “omics” technology. We observed thousands of phosphorylation sites and hundreds of genes changing in response to a drug (solid green arrow). These data revealed the existence of complex networks of control pathways that orchestrate the drug response (grey text). Our challenge is reverse engineering the measurements to decipher these networks, and progress is currently halted at the red cross in Figure 1B. We don’t know how to distinguish significant signals from noise, or how to organize the data into coherent pathways and input–output relationships. We are trying to understand how the cell “thinks,” and we have many relevant measurements, but not the tools and concepts needed to solve the problem. The same questions can be asked of any drug, or indeed any physiological input.

From a disease treatment perspective, perhaps we don’t care about the details of collective action implied in the grey central box in Figure 1B. We just need drugs that work. Maybe we can use genetics, with its awesome simplifying power, to cut straight from molecular perturbation to phenotypic response, ignoring the complexity in between. But that attitude dodges our fundamental responsibility as cell biologists. Molecular perturbations ripple outwards through the cell, perturbing an interconnected network of signaling pathways and genes. One of those ripples might unexpectedly amplify into a tsunami that dominates the drug response. Responses often differ between disease models or species for unclear reasons, which makes drug discovery difficult and failure-prone. Currently, it’s almost impossible to predict the effect in the human body of a drug with a new mechanism. I am convinced that the way cells and organs “think” is not impossibly complex, there will be logic and predictability once we know how to find it, and that knowledge will make drug discovery more predictable. I see this as another challenge in reverse engineering the collective action of macromolecules.

About the Author
Tim Mitchison is Hasib Sabbagh Professor of Systems Biology at Harvard Medical School.