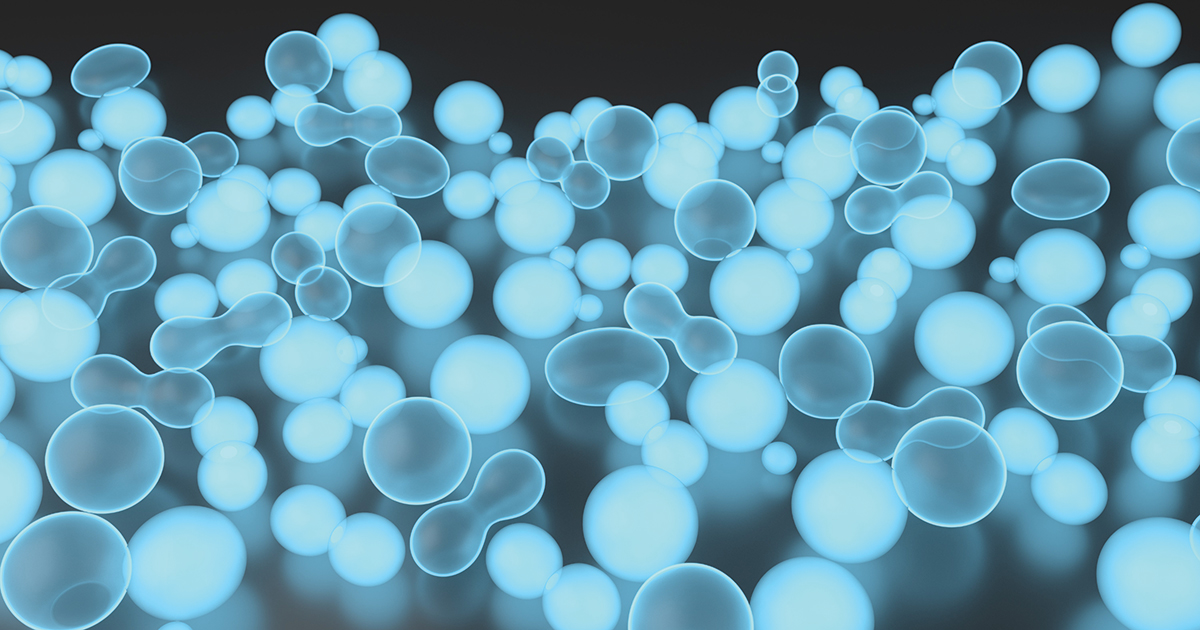 The unified cell theory states that all living things are composed of one or more cells; that the cell is the basic unit of life; and that new cells arise from existing cells. Petra Schwille of the Max Planck Institute of Biochemistry thinks that cell biologists should push beyond these assertions: that even if today’s cells come only from preexisting cells, then there must have been a first one. And if so, where did that proto-cell come from and what were the functional units that comprised it?

“It’s the ‘chicken or the egg’ question” Schwille remarked in her subgroup presentation “Life Without Ancestors” at the 2019 ASCB|EMBO Meeting in Washington, DC. For this foundational cell biological work, Schwille has looked to the principles of physics as well as to the ideas of English mathematician and computer scientist Alan Turing.

“Understanding that the hydrogen atom has been tremendously important for physics and chemistry,” Schwille said, “Is there something like the hydrogen atom in biology—the smallest unit of living matter?” In a world where cell biologists can focus down below subcellular units, she admits that this is not a question that many researchers are thinking about, but she does want them to be more sensitive to it.

“The way we understand our bottom-up cell biology is that at some point, functional parts must have come together, and we don’t even know what those parts were,”
Schwille said. “From single atoms and their assemblies, ever more complex molecules emerged and interacted until it became something that was able to live. If we would try to build a living system, when would we be convinced that it had met the criteria of a living system? Most people would think this was not even something we should try. But I think it is a good question.”

Toward the long-term goal of understanding what came before the cell, Schwille has been working on functional subunits of the cell membrane that have the ability to self-organize, because she said, “in living systems, self-organization beats entropy.” In her talk, she referenced the 1952 article by Alan Turing, “The Chemical Basis for Morphogenesis,” on how living systems create patterns from initially homogeneous distributions of molecules. In the article, Turing discusses the mathematics behind how organisms develop complex structures from something that begins with little structure at all—the fertilized egg.

“We would like to build a minimal system that is able to autonomously divide,” she said. “Can we devise something mimicking this very feature of life, starting with a membrane compartment that is at first nothing else than a bag of molecules but emerges into something that shows the life-like potential to self-replicate?”

The early phases of this work involve building model membrane-transforming protein systems from parts of the cytoskeleton, lipids, and select transmembrane proteins. Remarkably, the group found that very few functional components were actually needed to self-organize and establish local cues to divide a membrane compartment. Although she says she would never refer to such a structure as “alive,” she hopes it would answer many of the basic questions of cell biology about the origins and development of “life without ancestors.”