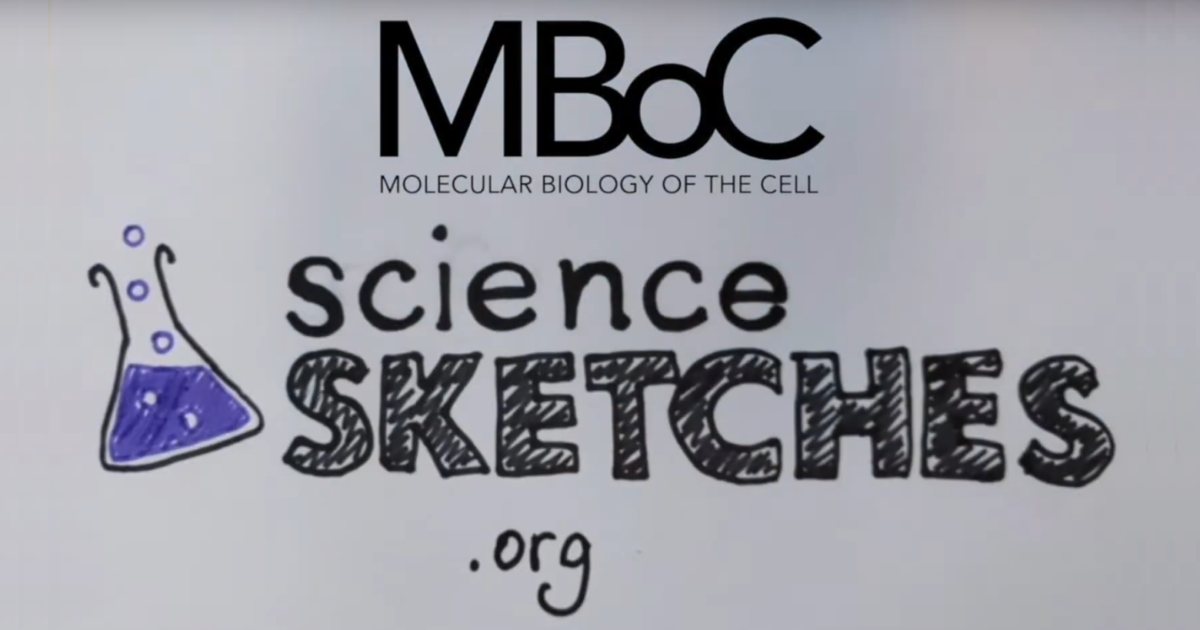 You may have noticed that ASCB’s basic science journal, Molecular Biology of the Cell (MBoC), has recently featured short explanatory videos to accompany some article abstracts. These videos, called Science Sketches, are the brainchild of MBoC editors Lisa Dennison and Liam Holt, and are part of a new science outreach partnership with the journal.

“I strongly believe that we scientists have a duty to explain what we do to the general public,” said Holt, who is an assistant professor in the Department of Biochemistry and Molecular Pharmacology at New York University. “This is crucial for public education, and it’s also required for the survival of science. If people don’t understand what we’re up to, they tend to assume that we’re creating evil monsters or something. So, I wanted to fill two needs: the need to engage the public and the need to provide opportunities for scientists to contribute to this effort.”

MBoC authors who choose to create Science Sketch videos are coached through the process by Holt and Dennison, who is the Director of Research Development Communications and assistant professor at the University of Texas Southwestern Medical Center. Typically, authors use their cell phone or other simple camera, position over a white board or other plain surface, and then, either using props or by hand drawing, they illustrate a concept presented in their paper. After filming, they record a voiceover to describe what is happening. The result is a lively cartoon explaining their research is an accessible way. Watch a video featuring Dennison explaining the process to see some examples: www.ascb.org/science-news/create-a-video-abstract-to-accompany-your-MBoC-paper.

Holt said the idea for his own first two-minute Science Sketch video came from his realization that people think of different things when you say the word “protein.”

“People think nutrition. So, you can completely lose your audience within the first 10 seconds of a talk,” Holt said.

After a brief Google search, Holt discovered that his friend Louise Jawerth, at the time working in Anthony Hyman’s lab in Germany, had collaborated with Dennison to make short videos to explain her work. Jawerth connected Holt and Dennison, and as it happened, the two were slated to be at Woods Hole Research Center at the same time, providing them an opportunity to discuss making video abstracts.

“Lisa had already spearheaded the whole two-minute video idea, and I was very excited to try it out as a science communications approach for fundamental concepts. So, we made our first Science Sketch together that summer of 2016 called ‘”What is a protein?” (www.sciencesketches.org/post/2016/08/18/what-is-a-protein).

“That video remains one of my favorites,” Dennison said. “The LEGO-cow-turned-airplane always gets a  laugh when I play it at workshops, and then I think it gets people thinking about how they might incorporate fun, creative visual elements into their own videos.”

Dennison said the collaboration with Holt marked the official launch of Science Sketches.

“I loved how the process of creating these videos helped each scientist think about their own work in a new way, and everyone was so excited to have this fun final product that they could share with family, friends, and colleagues outside their own narrow field of expertise,” Dennison said. “Connecting with Liam at Woods Hole was such great fortune. His vision about our duty as scientists to engage and educate the public paired perfectly with my goal to help scientists communicate their work in an accessible way.”

Holt and Dennison hope that their collaboration with MBoC will enhance the reach of basic science to scientists in other disciplines, as well as to the public.

“We want to help scientists learn to communicate in different ways and also increase the impact of their work,” Holt said. “When Matt Welch [MBoC Editor-in-Chief] approached Lisa and me with the idea to collaborate, it seemed like a great match.”

Welch said he had heard Dennison give a talk about her work with Science Sketches.

“I immediately realized that this would be a perfect format for implementing video abstracts for MBoC papers,” Welch said. “What I love about Science Sketches is that they succinctly communicate key scientific concepts and findings, and they do so while featuring artistic creativity and personality. And what I’ve learned from Lisa and Liam is that they are fun to make as well. I’m really excited that MBoC authors have the opportunity to work with Lisa and Liam to make Science Sketch video abstracts and bring their science to life for our readers.”

Dennison added, “While we had helped create video abstracts before, they were largely ‘unofficial,’ and primarily shared by the authors on their own lab websites or social media accounts. Pairing officially with MBoC has been really exciting for us and helped broaden the reach of this project. We would love for ALL papers to be accompanied by an accessible video—what a great way to help more people understand the fascinating, complex, exciting work being done by scientists around the world! I hope the MBoC model will be adopted by other journals as well.”

In addition to the partnership with MBoC, Science Sketches is also working with a new education platform, the Explorer’s Guide to Biology (XBio), and with various educators across the world. 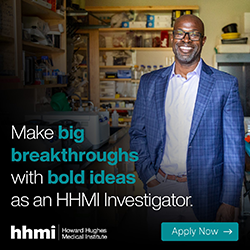 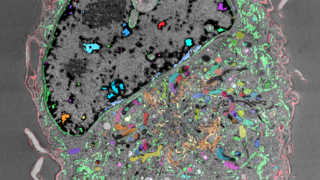