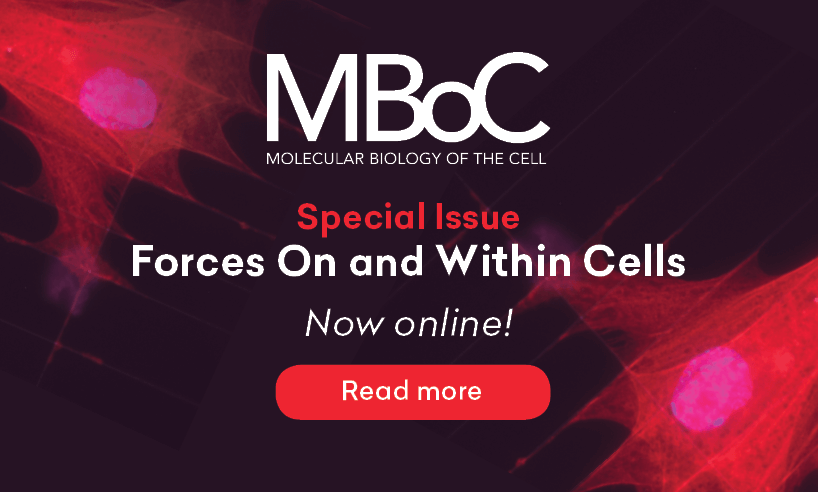 The second annual edition of “Forces On and Within Cells, a special issue of Molecular Biology of the Cell, the peer-reviewed journal of the American Society for Cell Biology (ASCB), launched August 8, online.  The collection of research in this issue represents some of the discipline’s leading ideas on the relationship between physical sciences and cell processes.

More specifically the authors in this issue grapple with how forces impact immunology, the cytoskeleton, membrane and nucleus, its effect on cell motility, and cell physiology, as well as present an innovative method for using acoustic forces to probe cell mechanics. Titles and abstracts for this issue are open access.

Articles were curated by a team of editors including Alexander R. Dunn from the Department of Chemical Engineering at Stanford University.

“The relevance of physical forces to cell biology is obvious in the case of nerve cells that sense sound and touch, or cells such as myocytes that respond to mechanical load as an intrinsic part of their physiological function,” Dunn writes in the issue’s editorial introduction. “However, at a deeper level it can be argued that the existence of life itself implies motion: the movement of DNA polymerase along a template DNA strand requires the generation of mechanical force, as does the division of one cell into two. At a larger length scale, embryonic development is subject to intricate layers of mechanical feedback that dictate the shapes that growing tissues assume. Thus, central aspects of life, from the replication of genetic material to the morphogenesis of complex organisms, are quintessentially mechanical in nature.”

MBoC’s second edition of “Forces On and Within Cells” can be accessed here: https://www.molbiolcell.org/toc/mboc/29/16