MBoC Fourth Special Issue on Forces On and Within Cells

After positive response to the last special issue, David Drubin, Editor-in-Chief of Molecular Biology of the Cell (MBoC), has announced that the journal will publish the fourth special issue of Forces On and Within Cells in summer 2020. MBoC Associate Editor Valerie Weaver of the University of California, San Francisco, will again serve as Issue Editor and is recruiting other members of the Editorial Board to help.

“This is an area of research that is just exploding,” said Weaver, “and papers in the field need a home.” Drubin, Weaver, and other members of the Editorial Board remain in consensus that MBoC is the right venue for papers that deal with the generation, detection, and effects of forces that act within or upon cells.

The issue will complement MBoC’s annual special issues on Quantitative Cell Biology, which appear each November.

Among the topics within the scope of the special issue on Forces On and Within Cells are:

Authors are encouraged to submit manuscripts by February 1, 2020, to allow time for them to be reviewed and revised by the deadline for the special issue. Manuscripts may be submitted at www.mbcpapers.org. Questions about the issue should be directed to David Drubin at mboc@ascb.org. 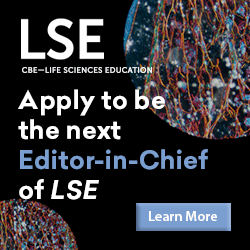