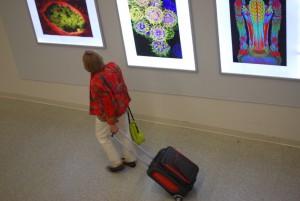 Anniversaries are supposed to be Good Times events. This year marks the 25th anniversary of a landmark report by the Government Accounting Office (GAO) on the severe underrepresentation of women in NIH-supported clinical research and trials. Last spring, concerned Members of Congress asked the GAO to provide an update of NIH practices. In October, GAO sent them the update update. Hold the confetti, said the Congressional delegation. More oversight is needed.

On October 22, Senators Patty Murray (D-WA), Barbara Mikulski (D-MD), Elizabeth Warren (D-MA), Debbie Stabenow (D-MI), Kirsten Gillibrand (D-NY), and Representatives Frank Pallone (D-NJ), Nita Lowey (D-NY), Rosa DeLauro (D-CT), and Lois Capps (D-CA) joined together to release the GAO report, “National Institutes of Health: Better Oversight Needed to Help Ensure Continued Progress Including Women in Health Research.” The GAO report reevaluated the inclusion of women in clinical research supported by the NIH. The GAO investigators concluded that while the NIH has made progress in getting women enrolled in clinical research trials, there is still work to be done. The report singled out needed improvements in reporting and collection of data to ensure women are being accurately represented.

The issue has a long history at GAO, which is an independent, nonpartisan agency working for Congress. Often called the “Congressional watchdog,” the GAO investigates how the federal government actually spends taxpayer dollars and makes its reports, testimony, and correspondence available to the public. The GAO also publishes special reports at the request of Congress and the Executive Branch that recommend corrections in government programs and operations.

In 1990, the GAO issued its first report evaluating the gender differences in NIH sponsored clinical trials. The report concluded that NIH had no way to measure and evaluate the inclusion of women in clinical trials. To address the problem, Congress included language in the 1993 NIH Revitalization Act requiring NIH to ensure the appropriate inclusion of women in NIH-funded clinical research and clinical trials. The Revitalization Act contained provisions that required NIH to, among other things, report to Congress on compliance with the act’s inclusion provisions. The GAO issued a follow-up report in 2000, finding that NIH had made significant progress toward including women in trials. However, GAO still recommended in 2000 that NIH improve the design of certain studies to permit analysis of results by sex. A major goal of clinical trials should be to reveal whether interventions affect women and men differently.

On the 25th anniversary of the original GAO study, the involved Members of Congress vowed to continue monitoring NIH’s progress in this area. “Women are half the population,” said Senator Warren in a statement. “It is NIH’s job to make sure our research investments are advancing health care for all Americans. My Senate colleagues and I will be working closely with the NIH to ensure that the deficiencies at the agency are rectified as rapidly as possible.”