Making data disappear does not change the truth. We find ourselves in a dangerous moment where data and science— availability and process—are concerned. Anyone working in science has seen the consequences of data manipulation by scientists themselves: shame, censure, and the spite of your colleagues for betraying the central tenet of research. Wholesale deletion and disappearance of taxpayer-funded data, however, is a different animal altogether. Deleting politically inconvenient data causes bipartisan harm to our wallets and our ability to respond to threats. 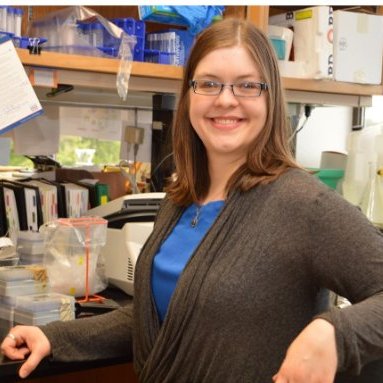 Interestingly enough, it all began with animals. In early February of this year, data collected on animal welfare abruptly became inaccessible to the public. Animal use, welfare reports, census data, and inspection reports all vanished in a moment. This was, in theory, the result of a “privacy review.” In actuality, it appears to be the prelude to more data disappearances. That initial disappearance was followed by the closing of OpenGov, a federal data clearinghouse and the vanishing of two decades of climate data.  The official reason for the change is to “to reflect EPA’s priorities under the leadership of President Trump and Administrator Pruitt”. The politics of climate change aside, the disappearance of data is hugely troubling for three reasons: 1) we paid for it, 2) the data were contributed from researchers of all nationalities from labs across the globe, and 3) deleting data doesn’t change the facts.

In a society built on hard work and innovation, we expect a return on investment. Portions of my, your, our tax dollars support scientific research. The data generated are therefore our return on investment. Deletion of that data is a theft from both the intellectual property of America and a direct theft from our wallets. Deleting data is a textbook example of the oft-cited “waste, fraud and abuse” line touted by budget haws. Deleted data means we pay to repeat work that has already been done.

Erasing and deleting data are futile efforts to change reality. Burning every sheet and scrap of Newton, Curie, or Einstein’s work doesn’t cancel gravity, prevent radiation sickness, or allow us to manipulate time. Deleting data—burning the works of scientists and heretics—has long been the power move of those trying to control the truth and destroy troublesome knowledge. They predicate truth’s usefulness on how well it supports their reality. Destruction of the data forces the masses to accept a power’s interpretation of facts, as no other facts are allowed to exist.  The deletion of data is a critical issue for everyone—scientists and non-scientists. The scientists who generate the data lose their work, sometimes their life’s work. We the people lose information on the workings of our world.  We the species lose ground on understanding the universe and truth. One cannot simply force the truth out of existence.

As practitioners of the scientific method, we are obligated to not only protest, but to do our part to advocate for our data. Some have taken it a step further and sought sanctuary for our data in more tolerant countries. A hackathon effort started in January has resulted in a full backup of EPA climate data on the Canadian Internet Archive, as well as copies disseminated to concerned scientists and science friendly hard drives across the globe. This was a mirror of a similar U.S. action to deal with a gag order under Canada’s previous prime minister. Moreover, American scientists now have a standing invitation to emigrate to France for a friendly and open intellectual climate. This is the kind of peer-driven effort that the collaborative scientific community should encourage. The facts are apolitical, but we are not. The facts cannot defend themselves and neither can our data. We can defend the facts, evidence-based policy, and our data by raising our voices in our town halls, our communities, and stepping outside of the tower in this critical moment

Science is a bipartisan pursuit, with poly-partisan payoffs in our lives. Data protection and availability know no political party, and in today’s collaborative environment, few borders. The return on our financial and intellectual efforts should not be erased for political purposes. What right have we to rob the world of truth, once uncovered? We force others to repeat work, squander precious funding and valuable time on things already known because those things have been made invisible. That line has been crossed and we have to ask: how far might this erasure creep, given the opportunity?

So, how? How do we stand up, speak out, and do the work? The March for Science was a good start to speaking out on behalf of data, but it was only the beginning of the work we must commit to. Every one of us who believes science is a force for good and a driver of innovation must defend it. Do some targeted reading—grad school made you all good targeted researchers, so use the skill! You can learn, online, about how policy is made, what scicomm needs, and where your voice is best used. You’ll be better equipped to speak the language best understood by your audience, be they a representative or a fellow citizen. Join the ASCB and Union of Concerned Scientists. Run for office with help from a STEM-focused political action committee. Explore professionally backed advocacy toolkits (including those from the ASCB). Write and call your representatives. The best way to resist the deletion of data is to call your representatives and register your support for the work of the NIH, EPA, USDA and our other scientific institutions. Sit on your local school board, judge a local science fair, write letters to your local editor. Be seen and heard in your communities, online and off. We cannot afford to wait in the tower any longer. We have to be both citizens and scientists.

Immunologist with an English minor. Deeply interested in SciComm, STEAM and SciPol. Find me on twitter @DrDitder and join us on reddit at r/LadiesofScience. Comments and questions to DrKMLeehan@gmail.com