Attack of the killer bugs: The cell biology of infectious diseases

There is growing excitement among those studying immunity as we begin to understand the diversity of mechanisms that cells use for their defense. Epithelial cells are a particularly good system in which to study such mechanisms. Positioned between the inside of an animal and the outside world, epithelial cells require robust defenses against microbes that can cause disease.

While canonical innate immune pathways have a role in epithelial cell defense, there is increasing appreciation of the many ways that stress response pathways in these cells are important for defense against infection. For example, the endoplasmic reticulum unfolded protein response (ER-UPR) signaling pathway controls several aspects of immunity in mammalian intestinal epithelial cells, including regulating secretion of antimicrobials and IgA antibodies.

In addition to signaling pathways like the ER-UPR that have sequence conservation from yeast to humans, an exciting possible new direction for the field of innate immunity is that there are stress/immune responses in intestinal epithelial cells that don’t have obvious sequence conservation across host organisms, yet still have a conserved function in immunity. The reasoning here is that intestinal epithelial cells are regularly interacting with microbes, and thus are in an evolutionary arms race with co-evolving microbial pathogens. Because virulence factors from pathogens will block host defense factors to enable infection, the sequence of defense factors will diversify over evolutionary time to evade attack from pathogens, and thus become species-specific. However, these species-specific factors in epithelial cells may still regulate conserved cell biological processes.

Epithelial defense is particularly important for animals like the nematode Caenorhabditis elegans, which lacks an adaptive immune system and has no known professional immune cells like macrophages. Furthermore, C. elegans intestinal cells are non-renewable and in direct contact with microbes, and thus require cell-intrinsic (non-apoptotic) defenses against pathogenic microbes. C. elegans defense pathways include proteostasis pathways like the conserved ER-UPR, the mitochondria-UPR, and the heat shock response. However, these pathways do not seem to be activated in response to infection with natural intracellular pathogens of C. elegans.

The Intracellular Pathogen Response appears to be distinct from other stress responses….

In our work we have described a novel immune/stress response that we have called the intracellular pathogen response (IPR), which is a shared transcriptional response to diverse natural pathogens such as fungal-like microsporidia and the three-gene RNA Orsay virus. The IPR appears to be distinct from other stress responses and involves genes in the pals gene family, which appear to be mostly specific to C. elegans, although they have a sequence signature that is distantly related to a single gene each in mouse and humans. The IPR provides defense against the earliest stages of microsporidia and viral infection in intestinal epithelial cells. Interestingly, there are several independent inputs that regulate IPR gene expression, including pathogen infection, as well as blockade of the proteasome and chronic heat stress (distinct from heat shock).

Recently, we found that IPR activation by the Orsay virus is mediated by sensing of viral replications products by the RIG-I homolog DRH-1. Given that RIG-I-like receptor sensing of viral infection is critical in mammalian immunity, this finding provides connections between the C. elegans IPR and defense in mammalian epithelial cells. Further exploration of the inputs and outputs of the IPR may provide novel insight into how stress responses provide ancient forms of immunity in epithelial cells.

Emily R. Troemel is a professor in the Section of Cell and Developmental Biology at the University of California, San Diego. She and Sebastian Lourido will speak in the Symposium “Attack of the Killer Bugs: The cell biology of infectious disease” at the 2019 ASCB|EMBO Meeting. 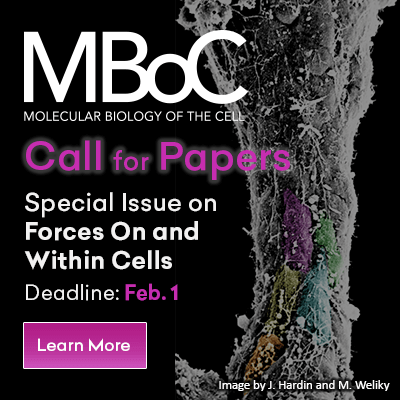