ASCB 2015—Rachel Dutton Studies the Microbial World on a Cheese 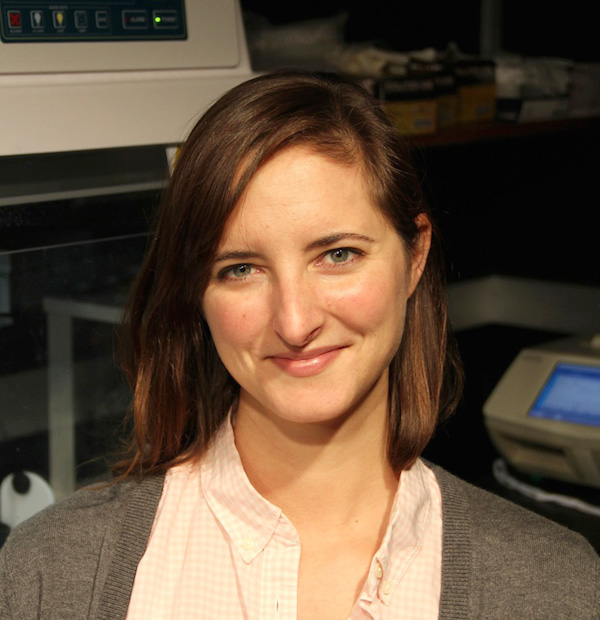 The English poet William Blake who celebrated the aspiration, “To see a World in a Grain of Sand,” would have appreciated microbiologist Rachel Dutton’s scientific ambition: to understand the microbial world—which can be found in copious quantities everywhere on Earth, from soil to oceans to the human gut—in a slice of cheese.

Dutton will bring her Big Cheese microbiology this December to ASCB 2015 where she will present her unlikely experimental substrate at the symposium entitled,“ Embraces Across the Species Barrier: Complex Cell Interactions.” Dutton, who has been at Harvard University but is now in the midst of moving her lab to the University of California, San Diego (UCSD), studies interactions between microbial species. “We’re thinking a lot about how cells communicate with each other and how they exchange signals,” she explains. Cheeses, she decided, offered ideal microbial communities that could be replicated and manipulated in her lab much like better known model organisms such as Escherichia coli or Caenorhabditis elegans. And her work on cheese communities has been fruitful, she says. It is generating scientific insights as well as public interest since everyone has a connection to food, making her cheese research ideal for communicating science to nonscientists.

Of course, a microbiologist doing cell-cell communication research on cheese is unusual and Dutton’s work has attracted attention beyond PubMed among commercial cheesemakers, chefs, and others in the food sector. A September 2012 article in the New York Times’ Dining & Wine section described her as the “go-to microbiologist” for gastronomists, describing how her laboratory in Harvard’s Northwest Science Building receives packages from chefs, bakers, and a California pickle maker asking her help in analyzing food samples. Dutton gladly contributes her scientific expertise to help the food experts understand their microbes.

Dutton was awarded a five-year Bauer Fellowship at Harvard’s Faculty of Arts and Sciences’ Center for Systems Biology, to apply genetic and genomic approaches to microbial communities on cheese. Through this research, her lab demonstrated that microbial communities growing on cheese rind expressed complex, reproducible behavior in situ. Her lab also developed a system for in vitro studies of the communities’ behaviors. With Dutton’s Bauer Fellowship ending this year, she is moving her lab back to her undergrad alma mater, UCSD, where she will continue her research as an Assistant Professor in the Division of Biological Sciences. 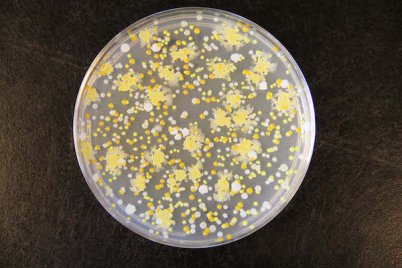 Dutton’s interest in microbial diversity goes back to her graduate studies with Jon Beckwith at Harvard Medical School. Dutton researched the more than 400 bacterial genomes then available and identified an alternative pathway for the formation of disulfide bonds in many bacteria. But it was several years earlier—when Dutton was a junior at UCSD doing volunteer work in Kit Pogliano’s lab—that she first fell in love with microbiology and molecular biology. Working in the lab, “I was absolutely in my element,” she says, and decided to switch her major from communications, graduating cum laude in 2002 with a BS in molecular biology. During her last two undergrad years in Pogliano’s lab, Dutton studied spore formation in Bacillus subtillis, using genetic and cell biological methods to research the compartmentalized sigma factor activity that occurs during the early stages of sporulation in the microbe. Dutton notes, “Some of my first experiences in science were in cell biology.”

Dutton’s fateful cheese moment came in 2007 when she took the Microbial Diversity summer course at the Marine Biological Laboratory in Woods Hole. There she had her first exposure to the techniques of microbial ecology, which

set her thinking about possible communities where she could apply her background in model organisms, genetics, and cell biology. Her goal, she recalled was “to get down to a mechanistic understanding of how a community works.”

But Dutton needed a manageable system. In nature, microbial communities are vastly complex, with hundreds to thousands of species growing together, many of which defy all attempts at lab culture. Even though scientists can identify many of these unculturable species using DNA sequencing techniques, understanding their behavior and interactions was a major challenge, according to Dutton. “You can’t really understand a microbial community unless you understand how the species are interacting with one another.” Dutton realized that the microbial communities in fermented foods such as cheese are much simpler versions of “wild type” communities in nature. Cheese, she realized, could be its own model system. 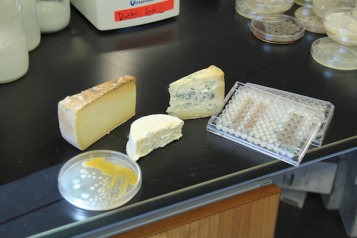 Determining the diversity of microbial species in cheeses. Photo courtesy of Rachel Dutton.

Over time, Dutton collected 137 different types of cheeses from 10 countries, using next-generation sequencing to determine the diversity of species in each cheese. Across different types of cheese, Dutton found 24 dominant bacterial and fungal genera. Dutton says that the contribution of most of these microbes to the cheese microbial community is unknown. One intriguing set of microbes she found in cheese are bacteria usually associated with marine environments—such as Halomonas, Psychrobacter, Pseudomonas, and Vibrio—prompting questions about the origins of microbes in cheese communities.

Sampling 362 cheese wheels, Dutton found wide fungal diversity including 10 dominant genera. Some fungi such as Debaryomyces and Galactomyces, had been studied previously, but one especially abundant fungus, Scopulariopsis, is poorly studied and may play an interesting role in cheese communities.

Dutton says that month to month, cheese communities go through dramatic changes while exhibiting a highly consistent, reproducible succession of microbial species. Now Dutton’s lab is parsing various combinations and permutations of cheese communities—for example, if Staphylococcus is removed, what happens? Her goal is to identify the as-yet elusive basic principles of microbial community mechanisms. And, of course, the practical implications of understanding those principles promise to be significant, not only for cheesemaking and other fermented foods but also for human health and environmental technologies such as anaerobic digesters and biofuels.

When not working, Dutton enjoys cooking and fermenting things and, yes, she loves cheeses of all kinds.