The late Donald Rumsfeld, who served as Secretary of Defense twice as well as White House Chief of Staff, beginning his career in public service as a member of Congress, is famous in Washington for his dictums. None is more famous than “as we know, there are known knowns; there are things we know we know. We also know there are known unknowns; that is to say we know there are some things we do not know. But there are also unknown unknowns—the ones we don’t know we don’t know.”

Unfortunately, there are many known unknowns—things we know we do not know. It remains unknown what the real mission of the agency will be. In formally announcing the new agency, President Biden said during a joint session of Congress in April, “This is what it would do, it would have a singular purpose to develop breakthroughs to prevent, detect, and treat diseases like Alzheimer’s, diabetes, and cancer.” NIH Director Francis Collins has proposed a number of uses for the new agency. In testimony on Capitol Hill, he has suggested that it could help the NIH use mRNA technology to speed up the process of developing cancer vaccines. The Director also said that another role for ARPA-H would be to develop “a new approach to hearing aid development.”

For the longest time this spring, the agency’s exact location within the federal government was also a known unknown. Patient groups unhappy with the speed of research at the NIH have been pushing for the creation of an independent agency. The release of the 2022 budget proposal indicates what President Biden thinks, but powerful lobbyists in Washington could help change the minds of those in Congress.

Another known unknown is the depth of Congressional support for the proposal. Support appears to be lukewarm, in part because those responsible for funding the NIH and other health-related agencies see a real need to pick up the bureaucratic pieces at agencies such as the Centers for Disease Control and Prevention (CDC) after the pandemic. That $6.5 billion might need to be spent at other health-related agencies.

It is entirely possible that the ultimate fate of ARPA-H won’t be written until November and December of 2021 when all the hard budget deals get struck on Capitol Hill. If that’s the case, the future of ARPA-H may depend on the unknown unknowns. 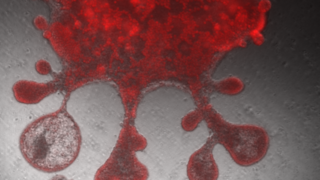