How CRISPR is having an impact on basic science and medicine 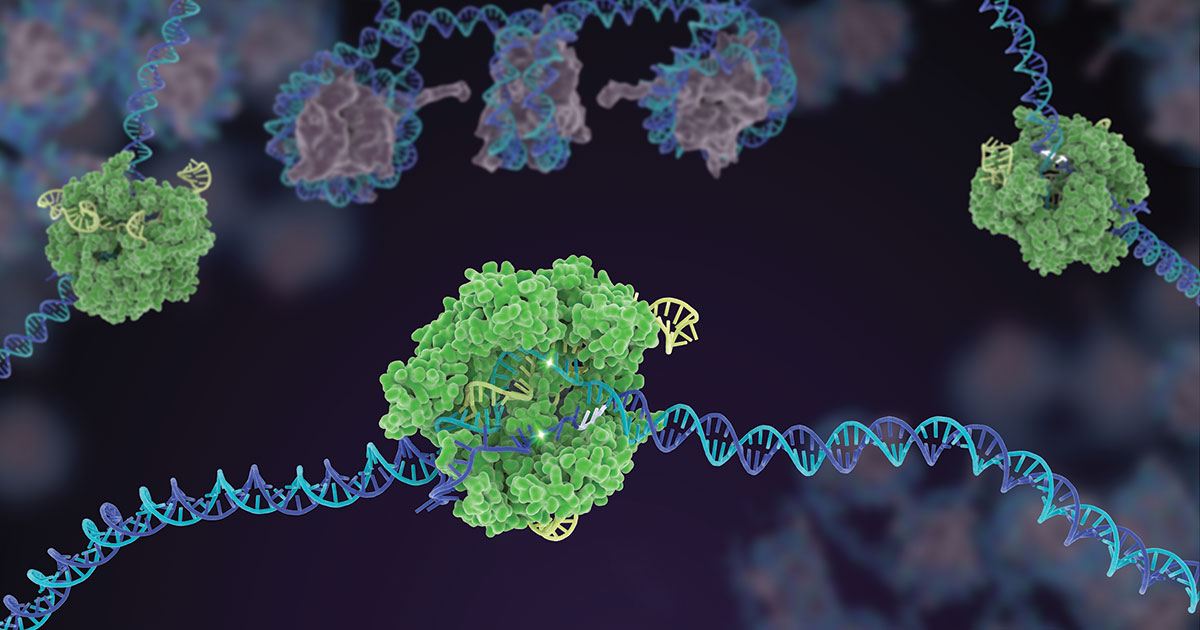 Megan Hochstrasser’s job is to keep up with the latest in the world of CRISPR. Hochstrasser is science communications manager for the Innovative Genomics Institute (IGI), a joint research entity that operates as a collaboration between the University of California, Berkeley, and the University of California, San Francisco. She works to increase public understanding of the gene editing system and also recently served as scientific consultant for the CRISPR documentary “Human Nature,” which premiered at South by Southwest.1

Here are some ways Hochstrasser said that CRISPR has been used recently to advance basic science, as well as some of the most promising therapeutic or diagnostic applications. Important clinical trials are now beginning in the United States.

“Now researchers can use Mexican salamanders or blind cave fish…as model organisms because you can gene edit anything.”

“For the cell biologist, CRISPR gives us a really powerful toolbox,” Hochstrasser said. Visualizing cells has become more detailed because researchers can more specifically attach a green fluorescent protein tag to a gene of interest.

“You can also make epigenetic modifications,” she said, “which allows researchers to methylate or acetylate the epigenome at specific sites.” Likewise, CRISPR can be used not only to knock down certain genes but to fine tune them. “You can increase or decrease gene expression,” Hochstrasser said. “You have much greater ability to regulate genes.”

Another important use for the genome engineering tool has been in the creation of specific cell lines and new model organisms. “Now researchers can use Mexican salamanders or blind cave fish, for example, as model organisms because you can gene edit anything,” Hochstrasser said.

Furthermore, she said, one can create stem cell cultures that allow researchers to examine certain genes or certain combinations of mutations as they relate to disease. You can also test how these different cell lines react to drugs, she added.

CRISPR is having a major impact on diagnostics and therapeutics, where it allows medicine to become more personalized. Treatments for cancer and blood disorders are furthest along because of how CRISPR is performed, she said.

“The most tested medical applications of CRISPR have been for cancer. China has a lot of clinical trials going on, but there is not much public information on them.” What is known, she said, is that most trials are immunotherapy applications that harness the body’s own immune system to attack the cancer cells.

“Chimeric antigen receptor T-cell therapy (CAR-T) modifies a patient’s T-cells with a receptor on their membrane that helps them find specific tumor cells and kill them,” explained Hochstrasser. ”It’s like super charging the immune system. CRISPR isn’t required to modify the cell, but it can make it easier to do so.” Immunotherapy clinical trials are now starting in the United States, she said.

“Another thing you can do is to knock out PD1, which is like a brake system for immune cells,” Hochstrasser said. “These brakes can allow tumor cells to escape from the immune response, but CRISPR can help to pull off the brakes by breaking the system’s ‘on-switch.’”

Promising work on sickle cell anemia is already seeing results. For blood disorders, the patient’s own blood stem cells are edited and put back into the bloodstream; then they return to the bone marrow where they make healthy red blood cells.

“There are two CRISPR-based approaches to treating sickle cell,” Hochstrasser added. “You can correct the mutated DNA base pair, which is the most conceptually straightforward method. But the one with most evidence for clinical viability is a method that turns fetal hemoglobin back on to substitute for the damaged hemoglobin and help red blood cells function correctly.” Results from a trial in Nashville should be revealed in the coming months, according to a recent report on NPR.2

Finally, as new CRISPR proteins and new variants are being discovered with unexpected functions, there is potential for diagnostic applications. Many CRISPR applications use the Cas9 protein, but other Cas proteins will cut both their target and nearby nucleic acids: Cas13 cuts RNA and Cas12 cuts DNA.

“Once they find their target they cut anything next to them. So you could, for example, target a gene from a pathogen and also add in reporter RNA or DNA. When the protein finds its target, it will also cut the reporter, and the fluorescence comes on so you can visualize it,” Hochstrasser said.

This simple light on/light off signal could allow for the creation of much more sensitive diagnostic tests that could detect a pathogen at nanomolar levels of concentration. “CRISPR could be used to create an affordable way to detect disease at the point of care, in the field or at home,” she said.

2A patient hopes gene-editing can help with pain of sickle cell disease. https://n.pr/2pkPlqA.