ASCB Council and Committee Members on the Hill 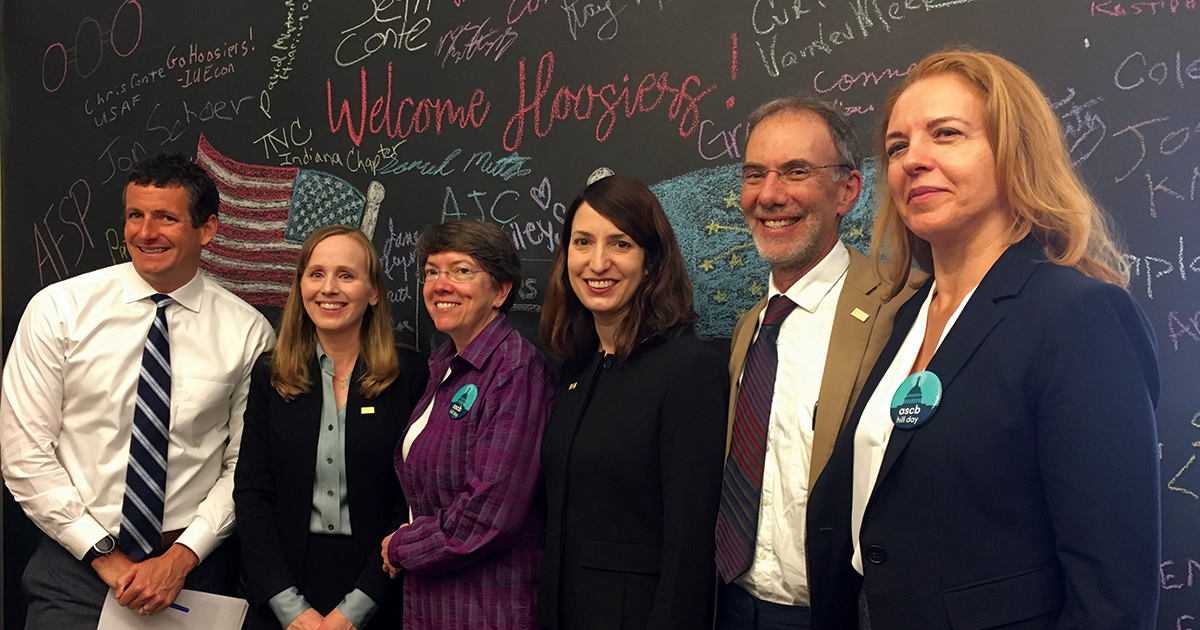 In June members of the ASCB Council were joined by members of various ASCB committees for a series of meetings on Capitol Hill. The group met with senators, representatives, and congressional staff.

The ASCB members had 24 meetings with congressional offices representing eight states. During their meetings the Council and committee members thanked the representatives for their strong support for funding for both the U.S. National Institutes of Health (NIH) and the National Science Foundation (NSF). They made the point that dependable and sustainable funding for both the NIH and NSF is important for the U.S. biomedical research community.

The importance of immigration to American science was also a topic in each meeting. Surprisingly, many members of Congress do not make the connection between an open immigration policy and continued success of basic life science research in the United States.