Why Scientists Must Communicate with the Public 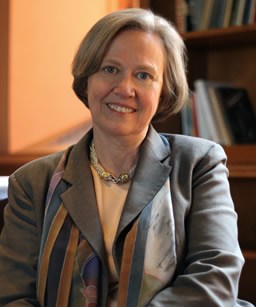 This semester I have been teaching an undergraduate course at Princeton on the topic of modern genetics and public policy. The readings and class discussion have highlighted the damage that follows when the essential trust between scientists and the public who support them is lost. Here are some examples:

How It Should Be Done

A powerful counter example to these tales of woe is the proactive response of a handful of responsible scientists at the dawn of the recombinant DNA era. Beginning in 1974 a group of scientists led by Paul Berg laid out their concerns regarding the potential risks of combining DNA from different species. The group called for a moratorium on all experiments until experts and key stakeholders had had an opportunity to review the likelihood that the new technology could be used to create microorganisms with properties harmful to humans and other species.

At what has become a famous meeting in Asilomar, CA, a group of 140 scientists, lawyers, government officials—and, importantly, journalists—debated the issues and produced a set of guidelines for conducting experiments involving recombinant DNA. These guidelines, which were quite conservative, were soon adopted by the National Institutes of Health Recombinant DNA Advisory Committee. Over time the restrictions were gradually loosened as experience taught us that much of the concern was unwarranted. The presence of journalists at this meeting was key to conveying to the public that the scientists had nothing to hide and were acting in the best interest of the public as well as of scientists who were eager to move the science forward.

Today we are facing some important public policy decisions catalyzed by the discovery of highly efficient genome editing tools, such as CRISPR/Cas9. The technology has spread like wildfire around the world, raising the prospect of creating very specific genetic changes in a wide variety of experimental animals, including those for which no system for genetic manipulation had previously been developed. It was inevitable that the prospect of using the technology to correct mutations in the human genome would arise.

Like in 1975, the scientific community has responded proactively to lead, rather than react to, the potential for using the technology to modify the human genome, including the daunting prospect of intervening in the germline. In a paper published last spring,1 a group of distinguished scientists, which included several inventors of the technology, called for open discussion about the risks and benefits of human genome editing and a moratorium on human germline modification until those risks are better understood.

The National Academies of Science and Medicine responded by convening a meeting to explore the scientific, ethical, legal, and political issues associated with human gene editing and creating an international advisory group, chaired by David Baltimore, to lead the initiative. The group will deliberate on and create standards, guidelines, and practices to govern the use of gene-editing technologies in biomedical research and clinical practice. Although it is likely that the debate surrounding human germline gene editing will be with us for some time to come, it is very likely to be a more thoughtful debate than it would have been had scientists not stepped forward to lead the conversation.

As educators, we have the opportunity and responsibility to prepare our students to think about and communicate about issues at the interface of science and public policy. A number of resources are available to help engage students in discussions of the bioethics behind controversial current events.2 As a bonus, such discussions also provide a way of capturing student interest in the underlying science.

The Role of Professional Societies in Public Policy Debates

Professional societies can play an important role by getting out ahead of public policy debates that affect their membership. ASCB has been in the forefront of a number of important issues, most recently the existential issue of the reproducibility of the scientific literature.

Recognizing the seriousness of the reports that a substantial fraction of preclinical research on animals and cell lines was not easily reproduced, the ASCB Public Policy Committee commissioned a review of the subject by a task force chaired by Mark Winey of the University of Colorado, Boulder. The task force produced a white paper that called for the development of community-based standards, thus placing the onus for correcting the problem on scientists themselves. As the report says, “The citizens of the United States have provided many years of significant support for basic life sciences research and they have the right to expect scientific results that can be reproduced and built upon to create a better understanding of biological processes and disease states.”3 With such a mindset as our guide, we will maintain the historic trust of the public and avoid the clashes of cultures that serve neither science nor human well-being.

Shirley Marie Tilghman, OC FRS is a North American scholar in molecular biology and an academic administrator. Shirley serves as President of the American Society for Cell Biology, 2015 and a Professor of Molecular Biology and President Emerita of Princeton University.