On Cell Biology and Awesomeness – By Peter Walter 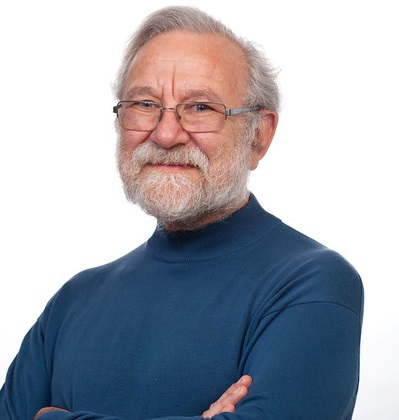 What is cell biology? I get this question frequently when I speak about my profession with people outside the inner circles of science. Since beginning my term as President of the ASCB the answer to the question needs to take on a different meaning, as it defines the core—the raison-d’être—of our Society.

Modern cell biology was born in the 1940s, when a cadre of young scientists at The Rockefeller University (then the Rockefeller Institute for Medical Research) brought new technologies—electron microscopy, cell culture, and cell fractionation—to bear on the analysis of the inner workings of cells. Keith Porter, Christian DeDuve, George Palade, Albert Claude, and many others were thereby able to reveal a previously only imagined universe of fine structural details. Even more important, they were able to link structure to molecular functions by analyzing cell fractions both biochemically and by electron microscopy. Keith Porter, who recorded the first electron micrograph of an intact animal cell, befittingly said, “It was wonderful, believe me, we had never seen anything like it.” And by the way, it was no coincidence that the first cell image in the electron microscope was a chicken fibroblast. Many years earlier at the same institution, Peyton Rous and James B. Murphy focused their research on avian cancers caused by sarcoma virus. Curiosity-driven and disease-focused research have always been intimately intertwined in our discipline in mutually beneficial ways.

The desire for a forum in which students of cell structure and function could represent their work led to the birth of the ASCB. True to the principles of the Society’s founders, the cell biology community continued to repurpose methods and approaches from other fields and invent new methodologies and instrumentation as the experimental challenges demanded. The expansion of the intellectual landscape was vividly apparent at our December Annual Meeting in San Diego, where we were exposed to a smörgåsbord of state-of-the-art cell biology.

Beyond a sound serving of staple foods for cell and developmental biologists, the program—created by the inspired leadership of Shirley Tilghman, ASCB Past President, and Julie Theriot, last year’s Program Chair—exposed us to the fascinating worlds of important but vastly underappreciated organisms, the powers and methods of big data, novel imaging techniques, and extensive cross-fertilizing connections between cell biology and other disciplines, including medicine, physics, chemistry, and mathematics. There is no question that each of these fields brings powerful new ways of approaching cell biology. We can easily expand the list by including many other fields, some bridging between disciplines, such as biochemistry and enzymology, biophysics and structural biology, classical and chemical genetics, genomics, systems and synthetic biology, and so on.

But if cell biology is everything, then what is cell biology? The answer, I would argue, lies not in the techniques or the approach that we bring to the table, but in the deep questions we ask. These fundamental questions have remained amazingly stable: We want to understand the molecular underpinnings that make up a living cell. How is it possible for a living system to replicate itself so as to persist for billions of years? We want to understand the structures that keep the cell organized in the face of the chaos of crowdedness and Brownian motion, the compartments and the signals that flow between cells, and how it all evolved from the first cells to the complex cell types in modern organisms. We want to know how all of this organization is maintained and adjusted in the face of environmental fluctuations and how the building blocks of a cell are faithfully inherited and/or rebuilt upon cell division. All of these questions lie at the heart of the biggest question of all: What distinguishes a living cell from a bag of chemicals? The cell is the fundamental unit of life, and cell biologists are united in their quest to understand how it works.

As such, it is an awesome science that brings us together in this Society. Actually, “awesome” is not a word that I chose randomly. Rather it was suggested over dinner (and a few beers) at the December ASCB meeting by a postdoc in my lab, Silvia Ramundo. We discussed how outdated it feels to define such a broadly international community under our present name. While historically correct and perfectly accurate, we have grown far beyond defining ourselves within geographic “American” limits. And the ASCB is well known not just because of the solid scientific contributions made by its members, but also for its involvement in equally important issues, such as science policy and education, gender and minority equity issues, young scientist mentoring, and so on. Indeed, the name “ASCB” is so well branded and widely recognized by scientists, clinicians, policy makers, funding agencies, and educators that it would be utterly foolish to change it. So why not keep the acronym yet think of the ASCB more endearingly as the “Awesome Society of Cell Biology”? To me it rings true in many respects. And perhaps it challenges others, such as the ASM, ASBMB, and ACS, to follow and declare some awesomeness of their own. Thank you, Silvia.

I conclude with a few short thank yous and a quick look into the future. I am taking on this presidency with complete confidence that the ASCB defines a truly unique community. I want to thank the membership, especially our longterm members, for their loyal support. Without you, and the membership fees we all contribute, ASCB wouldn’t exist. I also want to thank the past and current leadership, who all were elected democratically by the membership at large. Leadership in the ASCB extends well beyond Presidents and Council members. It takes on many forms and each is invaluable in its own right. Our many standing committees and all of their members generously volunteer their time for important causes and creative innovations. I will mention some of their accomplishments in future columns in this Newsletter, and hopefully I can entice more of you to participate in their activities. I also want to thank the wonderful ASCB staff who bring so much experience and professionalism to the table, making my task as President much easier than I had anticipated.

Looking forward into 2016, our Annual Meeting will be in San Francisco. During the last few months Jonathan Weissman, our Program Chair, has worked tirelessly with an outstanding committee in putting together the event. The scientific focus of the meeting will be on “Discoveries in Cell Biology.” We will bring together an amazing group of speakers and topics to highlight recent pathbreaking advances in our understanding of cells. Moreover, recognizing that discoveries made in basic research often have potential clinical applications, we will cement bridges between those communities. As one tangible aspect, we are exploring the possibility of adding a small oneday pre-meeting on the “Cell Biology of Cancer” with the aim of familiarizing the cell biology community with advances and opportunities in the cancer field.

Finally, I attended last year’s meeting of the European Molecular Biology Organization (EMBO) in Birmingham, UK, and found it just as exciting and broadly bridging between disciplines as the ASCB meeting. Indeed, in many respects the values and practices of our two societies are very closely aligned. Maria Leptin, Director of EMBO, Pietro DeCamilli, our President-Elect, and I are now actively discussing new avenues through which we might meaningfully bring EMBO and ASCB closer together.

Questions and comments are welcome and
should be sent to president@ascb.org.