In Praise of Core Facilities 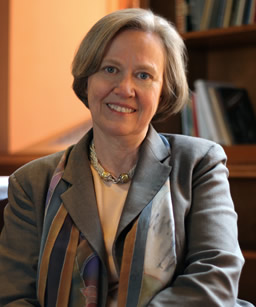 For most of its history the field of cell biology— indeed the majority of basic biomedical research—has been organized like a large number of small department stores. Just as a department store must have everything from a shoe department to a kitchen appliance department to satisfy all the shopping needs of its customers, each biology laboratory felt obliged to master in-house all the techniques and approaches that would be needed to pursue its scientific mission. When a new technique—for example DNA sequencing or homologous recombination in embryonic stem cells—appeared on the scene, each lab scrambled to learn the technique, usually by assigning the chore to a graduate student or postdoctoral fellow. Techniques of this kind were often challenging and time- consuming to master, and the knowledge gained was not always passed on effectively to the next generation.

Getting the Animals Out of the Closet

The appearance of core facilities—which can be thought of as boutique shops selling specialized goods—began with the regulatory demand for more professional care of research animals. It was no longer acceptable for animals to be kept in closets and hallways within individual laboratories, and when animal facilities came into being, investigators experienced the benefit of having professionals oversee the care of their valuable animals. To fund the cost of such facilities a system of cage charges was imposed on individual labs.

It made little fiscal sense to have individual labs acquiring electron microscopes and fluorescence- activated cell sorters the way they would centrifuges or PCR machines.

If we fast forward to today, efficient, high- quality core facilities have become a critical part of the research infrastructure in most universities and institutes. Some of the early adoption of central core facilities was driven by the rapidly rising cost of technology itself. It made little fiscal sense to have individual labs acquiring electron microscopes and fluorescence-activated cell sorters the way they would centrifuges or PCR machines. The growth in the variety and complexity, as well as the cost, of microscopes has made their assemblage into expertly administered core facilities a necessity for most investigators. Other cores developed as specific techniques improved and required less expert intervention for success, for example DNA sequencing and microarray analysis.

There are many advantages to core facilities. Most importantly they lower the energy barrier to trying a new method in your lab. Instead of the high cost of investing a significant period of time in a trainee’s education in painfully learning a new technique, that student or fellow can perform the experiment immediately. For example, when mass spectrometry appeared on the scene in the early 2000s, many labs with access to a core facility were able to capitalize on the method without first becoming experts.

Another advantage of core facilities to the overall research enterprise is employment for highly trained PhD scientists in positions of responsibility and authority. In the best facilities, these individuals are collaborating closely with the users, contributing significantly to the success of the project. In addition, the best directors are constantly striving to ensure that their technologies are at the cutting edge of their discipline by attending meetings and networking with leaders in the field. They bring a level of expertise that is difficult to replicate in individual labs.

Finally, core facilities make it possible to reduce the size of the trainee workforce and replace some fraction of it with experienced experts. I will not belabor the many reasons why such a shift in the structure of the workforce would be desirable; I have written extensively (some would say ad nauseum) about this issue in this column as well as elsewhere. Although a shift of this kind is not necessarily designed to save money, it is very likely to increase the overall productivity of the scientific enterprise because of the potential for significant economies of scale. Indeed the Max Planck Institute in Dresden, with a staff of 450, costs less to run than the new Max Planck Institute in Florida with its 150 personnel. One key reason is the greater use of core facilities in Germany, as reported to me by Ivan Baines, who is the Chief Operating Officer in Dresden.

So given all these pluses, are there any disadvantages to expanding the number and variety of core facilities? Certainly there is a huge disadvantage if the output of the core is of poor quality, so everything depends upon good faculty oversight and a commitment from university administrators to hiring, retaining, and supporting excellent scientists to run them. That will require competitive salaries and benefits, and some reasonable guarantee of security, short of tenure. But the major disadvantage that I can forsee is a loss of individual control, for example by having to wait in line for a service, or by encountering resistance to modifying protocols to specific circumstances. None of these strike me as insuperable, or sufficiently serious to outweigh the many advantages to the individual scientists as well as the enterprise collectively.

It would be an interesting exercise for cell biologists to consider what aspects of their current work would be better suited to outsourcing to a boutique service, rather than being maintained in the department store. I suspect the shopping list might be longer than we think.

Shirley Marie Tilghman, OC FRS is a North American scholar in molecular biology and an academic administrator. Shirley serves as President of the American Society for Cell Biology, 2015 and a Professor of Molecular Biology and President Emerita of Princeton University.