ASCB revealed the cell biology universe to me

We all get into science and our specific fields through different, sometime tortuous paths. My own career trajectory is a bit unusual, and I’d like to share with you the important role ASCB played in it.

I grew up in a family with no academic training (not even a high school degree) but with parents who were determined to see their children go to college. I studied physics at the local university, which was, just by chance, arguably the best in Spain in that area at the time. I was inspired by my high school physics teacher, Ana Cañas, a remarkable woman: smart, dedicated, and with endless enthusiasm. While it was rare then for students to leave their parents’ home, even during their graduate studies, I was pretty determined to take off and go abroad.

Opportunities for me were limited, but I was fortunate to receive a special fellowship for students to do their thesis work at a European synchrotron. The fellowship had been created by the Spanish government following the participation of our country in the European Synchrotron Radiation Facility. By chance (is it not almost always the case?), I met the director of the British synchrotron, Joan Bordas, at an international course in the beautiful city of Santander, on the north coast of Spain. It was the summer after I graduated, and I managed to impress him somehow, just by sheer determination I believe, to accept me as a student under his guidance. He was a physicist turned biophysicist and I was to follow a similar path down that fortunate rabbit hole.

From Physics to Biophysics
Working in the UK was a unique opportunity for me and I remember those years as perhaps the happiest of my life. It was only after I became faculty at the University of California, Berkeley, that I realized what I had missed by being far from a university campus where I could have taken the biology courses that I so desperately needed. One of the most scientifically stimulating times of the year for me was the annual “users meeting,” when scientists who had collected data at the synchrotron got together for a day to present posters on their findings. Those gatherings were relatively small and covered a lot of ground, from molecular physics to material science and protein structure. I must admit that the breadth sometimes meant that things went way over my head.

After I graduated with what I would generously qualify as an unexceptional thesis, and not knowing what exactly to do moving forward, I decided to take a chance at a postdoctoral position. My husband (then boyfriend) was being considered for a senior position at the Lawrence Berkeley National Laboratory (LBNL) and one of his physicist friends arranged a couple of interviews for me with scientists at Berkeley. One of them turned out to be Bob Glaeser, who I consider the grandfather of cryo-electron microscopy (cryo-EM). When I mentioned that I had worked on tubulin and done some cryo-EM myself, he immediately advised me to talk to his colleague Ken Downing.

[M]y encounter with Ken [Downing] turned out to be a winning lottery ticket for me and my future career!

I had been quite lucky till then, but my encounter with Ken turned out to be a winning lottery ticket for me and my future career! Four months later I joined his lab at LBNL as part of an unusually small group consisting of Ken, Sharon Wolf (also a postdoc), and myself. At LBNL the pace of work and the productivity and progress were insane. Within little more than a year I had material for a first paper and I was ready to start attending conferences. It was then that Ken recommended that I become a member of ASCB, attend the Annual Meeting, and present a poster. It is not easy for me to explain what it meant when I first wrote in my short CV that I was a member of the ASCB. A MEMBER of a SCIENTIFIC SOCIETY! Did I deserve such a distinction? Was I worthy of being listed alongside other scientists? Did I belong?

My First ASCB Meeting
And then the day came for me to go to the meeting. I must say that I was simply blown away. The hustle and bustle of all those scientists, the huge conference rooms with mesmerizing speakers talking about the most amazing science, the huge exhibit hall with a myriad of displays of the latest technologies and representatives willing to give me some freebies as a reward for MY attention. And all those other young scientists presenting talks and posters, excited and proud. It was like a whole new universe had opened up to me. I thought of my small high school, and what my friends from those days would say if they could see me among all these scientists from all over the world, being one of them, “belonging.”

I learned so much at that meeting. My somewhat limited exposure, and my even more limited conception of the context of my own work, changed at that gathering. The experience showed me how big the cell biology universe is. It taught me how little I knew, and it made me thirsty for more. But most importantly, it helped me feel that I was an active participant in a much bigger story. From my small town, to the world! I understood then that I had a purpose among many others like me. That is how belonging to ASCB and rubbing shoulders with people like you at our Annual Meeting made me feel then and still does. 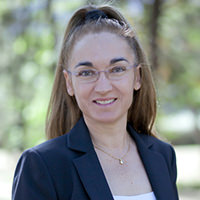 And here I am now. From those days as a naïve postdoc, to President of ASCB, addressing the members of this Society in my first President’s Column. I must confess that I feel a little overwhelmed by a mixture of responsibility, gratitude, and a touch of fear. By excitement, too. Seeing the inner workings of a society like ASCB is a marvelous and humbling experience. I can only but recommend it to all of you. Join me with your participation—with your active engagement—in the many aspects of the Society’s activities, with and for scientists like you. You can do so at all stages of your career as a cell biologist. Whether you are a student, a postdoc, a junior or seasoned PI, ASCB wants to hear your voice and to welcome you to share its goals and purpose.