The unintended consequences of being a science advocate 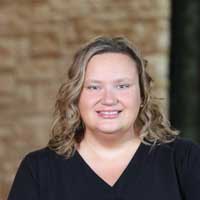 As scientists, we think about unintended consequences every day. For example, I ask lab members to show that a knockdown affects the gene of interest, rather than having a non-specific and unintended off-target effect.

I joined ASCB’s Public Policy Committee (PPC) in 2018 to represent the “flat Midwestern flyover states” where I live and work. I envisioned committing a bit of my time each month away from my faculty responsibilities, a small concern when balanced with the opportunity to be an advocate for issues around science, basic research, education, immigration, and other areas of concern to my lab and organization and the larger scientific community. What I did not anticipate were the numerous, positive unintended consequences that involvement with ASCB’s PPC would have on my career, my science, and my leadership.

One of the major roles of ASCB’s PPC is to educate members of Congress and other elected officials about science policy issues facing our community. To advocate effectively, it is important that the PPC represent and consider the concerns of the ASCB membership at large. While at first glance this seems simple—virtually all of us would love more research funding—part of the PPC’s job is to consider how a request this year for an increased NIH budget might have the unintended consequence of a smaller NIH budget in subsequent years. After weighing various concerns like these, the current strategy is to advocate a steady, sustainable commitment to NIH funding. This strategic thinking and long-term planning are important to me as a lab leader. It is tempting to go for quick fixes rather than looking long term. Conversations with more senior members of the PPC have provided valuable insights into how they have incorporated strategic, long-term thinking over the years in their own labs and within ASCB.

As a member of the PPC, I was certain that I would learn more about the legislative process beyond my high school civics class, my Capitol Hill internship in college, and what I pick up from the daily news. One of the most surprising things that I learned was that National Institutes of Health (NIH) funding typically has broad bipartisan support. Where opinions on the Hill tend to differ is in the details, such as restrictions on the type of research that can be performed or in layers of NIH oversight. Scientific organizations such as ASCB provide important perspectives on hot-button issues through carefully considered analysis of the intended and unintended consequences of bills, policies, and regulations. The Society publishes letters, reports, and white papers summarizing important points that, while well-recognized by scientists, aren’t likely to be known by those not involved in science day-to-day. An example is the connection between science and immigration reform. Issues and delays with passports and visas prevent international scientists from attending the Society’s Annual Meeting and make it difficult for scientists within the United States to attend conferences abroad.

A key advocacy tool the PPC promotes is the notion of bridge building with local senators’ and representatives’ offices. My hope in forming these relationships is that office staff will turn to me (and/or other scientists) when faced with a legislative issue that will impact the science community. Grounding negotiations and professional interactions using the same analytical approach I apply at the bench has been incredibly helpful in navigating lab projects and personnel management.

One of the events that I most looked forward to as a new member of the PPC was Hill Day, a chance to visit the Washington, DC, offices of senators and congressmen from my home states (Kansas and Missouri). The chance to be a part of a group lobbying for science and the possibility to see or meet an influential member of Congress were opportunities I was eagerly anticipating. What I did not realize was the transformative effect that Hill Day would have on my ability to articulate in a few simple sentences why basic research and cell biology are so important to me, to science, and to our country. In part, this skill came from hearing then-President Jodi Nunnari, then-President-Elect Andrew Murray, and other ASCB Council members give their “elevator speeches” for both ASCB and their own research programs. However, I also had to have my own speech, which got practiced and refined so that I could say why studying yeast cell division is important. For those who are like me and have put off learning an elevator speech, I encourage you to attend the next workshop the PPC hosts at ASCB Annual Meetings. My speech has come in handy with friends and neighbors when addressing student groups, and in writing lay summaries for grant applications.

Involvement in Hill Day and the PPC allowed me to meet amazing scientists from across the country. Listening to them talk about their research, their department, their funding, and their teaching highlighted areas in which we all struggle. Additionally, these conversations increased my understanding of the demands placed on faculty, students, and postdocs from other types of organizations and in different areas of cell biology.

As a mid-career investigator, I have hundreds of lab and faculty meetings under my belt. Despite this, I was unprepared for running my first meeting with congressional staff. The meeting veered off-topic and ran twice as long as scheduled. Following the meeting, I asked how I might improve future meetings to ensure that we covered necessary material while reserving time for discussion and brainstorming. I am grateful for the one-on-one mentoring provided by ASCB staff, and my lab is happy that our lab meetings are also more efficient and on time.

While I still hope to push for important policy changes, I have come to realize that my service on ASCB’s PPC is far more than being an advocate for science—it has connected me with other scientists and provided unanticipated and unintended avenues for professional development.

Sue Jaspersen is associate investigator at the Stowers Institute for Medical Research and associate professor in the Department of Molecular & Integrative Physiology at the University of Kansas School of Medicine.