Discovering how vitamin B12 is transported in living cells 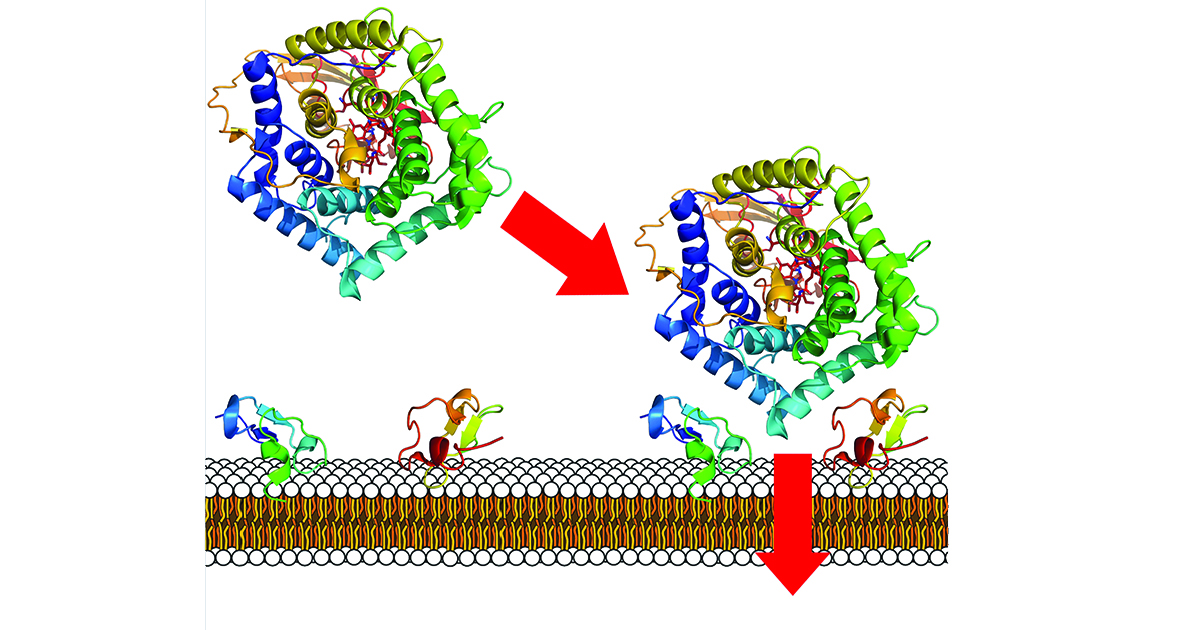 Interaction of human TC-Cbl complex with the extracellular domain of CD320 receptor.

Vitamin B12 (or cobalamin) is unquestionably important for mammalian nutrition. The vitamin is obtained by consuming animal products or supplements. A deficiency of this micronutrient interferes with DNA synthesis and can lead to megaloblastic anemia or neural disorders.  Scientists want to know how this vitamin is taken up and transported in living tissue, but elucidating the precise transport mechanism in vivo has remained elusive.

Now, researchers at Aarhus University in Denmark report that they have developed a platform and mathematical approach that can quantify the in situ cellular transport of B12 in a whole cell. The work, “Kinetic analysis of transcellular passage of the cobalamin-transcobalamin complex in Caco-2 monolayers,” was published in the February 15, 2019, issue of Molecular Biology of the Cell. The method is universally applicable to measure any receptor–ligand interactions, and the B12 transport system provided a convenient model.

Although cells require only tiny amounts of B12 to function properly, the micronutrient cannot move across the cell membrane on its own, explained Sergey Fedosov and Christian Heegaard from the Department of Molecular Biology and Genetics section on Molecular Nutrition at Aarhus University. The process, they said, involves protein carriers that bind B12 outside the cell and membrane receptors that recognize this complex and help move it across the membrane barrier.

“Under laboratory conditions, the receptors are usually taken out of their natural environment to simplify monitoring of the interaction, which is not the best way to assess ligand affinity,” added Fedosov.

The team from Aarhus University set out to create a whole-cell assay that could estimate both the affinity and the number of active receptors in the membranes of living cells. The researchers used a platform with an upper (starting) compartment and the lower (finishing) compartment, separated by a tight monolayer of polarized human epithelial colorectal adenocarcinoma (Caco-2) cells, grown on a permeable membrane.

“Radioactive B12 in complex with a specific carrier (that is, the ligand) was added to the upper compartment,” Fedosov said. “The ligand bound to a specific receptor on the upper surface, endocytosed, transported across the cell, and was then secreted into the lower compartment.” By counting radioactivity in the upper and lower compartments, as well as inside the cells, the team was able to monitor transition of the ligand and develop a mathematical model to quantify the receptor–ligand interactions under nearly natural conditions.

In addition, the use of inhibitors to block receptors on the upper compartment helped the researchers to identify the specific membrane receptors involved in the process.  The study also revealed that bovine transcobalamin did a better job of transporting B12 across the membrane monolayer than the human transcobalamin did. Does this suggest that consumption of dairy products could enhance the transport of B12?

“There is a possibility that the specific milk carrier of B12 directly interacts with an alternative intestinal receptor and enters the body via a shunt pathway, described in our study,” said Fedosov and Heegaard. “Yet, this mechanism can take place only at a decreased digestion, when the milk carrier can survive within the digestive tract. In such cases, milk might present a better source of B12 than most of B12-containing products, such as meat, eggs, or fish. Usually, B12 must be liberated from these products to bind to another, human carrier (intrinsic factor) and interact with another receptor, thereby following the ‘conventional’ uptake of B12.”

Going forward, the group would like to study how some forms of B12 are better converted to cofactors than others. “We intend to establish the critical step of this intracellular processing via a similar kinetic study at the cellular level,” they said.