Join or Renew
Community Member Profile Log in
May 8, 2020|In Memoriam, Member News

Martin A. Gorovsky, researcher who pioneered the use of tetrahymena to study chromosome biology

by Susan A. Gerbi and Thoru Pederson 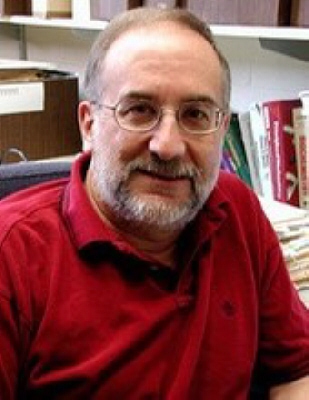 Martin (“Marty”) Gorovsky died on October 22, 2019, at age 78. A native of Chicago, Marty was an undergraduate at the University of Chicago and remained there for his PhD with Hewson Swift, followed by a postdoc at Yale with Joe Gall. First attending ASCB annual meetings while a graduate student, he continued his involvement with ASCB in various capacities including as a member of the Publications Committee (1978–1979), the Annual Meeting Program Committee (1980), a symposium organizer for the1983 meeting, and a member of the Nominations Committee (1987).

Marty was the Rush Rhees Professor of Biology and chair (1981–1994) of the Department of Biology at the University of Rochester where he was a faculty member for his entire career. Having first studied Tetrahymena as a graduate student, Marty was a major figure who brought this ciliate to prominence, illustrating the power of emerging model organisms to best address fundamental biological questions. He was the first to separately isolate its micro- and macronuclei, wherein two distinct modes of genome organization and expression reside. Subsequently, he developed a genetic transformation method employing DNA electroporation into conjugating Tetrahymena cells. Using these and other molecular tools, Marty and his colleagues pioneered how histone modifications impact chromosome condensation and transcription, studies that were foundational for the advent of the epigenetics field. Subsequently, he implicated a small RNA pathway in genome rearrangements associated with DNA elimination in the developing Tetrahymena macronucleus, demonstrating an RNA interference–based mechanism for an endogenous genome editing process.

Marty received the University of Rochester 2003 Award for Graduate Teaching and the university’s Cancer Center Davey Award for Outstanding Cancer Research. Marty was admired as a research mentor, teacher, and colleague, exemplifying scientific rigor and biological insights. His personal bearing was one of warmth, generosity, and modesty. He will be missed, but his important work and mentorship remain a cornerstone for chromosome biology.

Susan A. Gerbi is the George Eggleston Professor of Biochemistry at Brown University. University of Massachusetts Medical School