In memoriam: Shinya Inoué, pioneer in imaging technology and the study of cell division 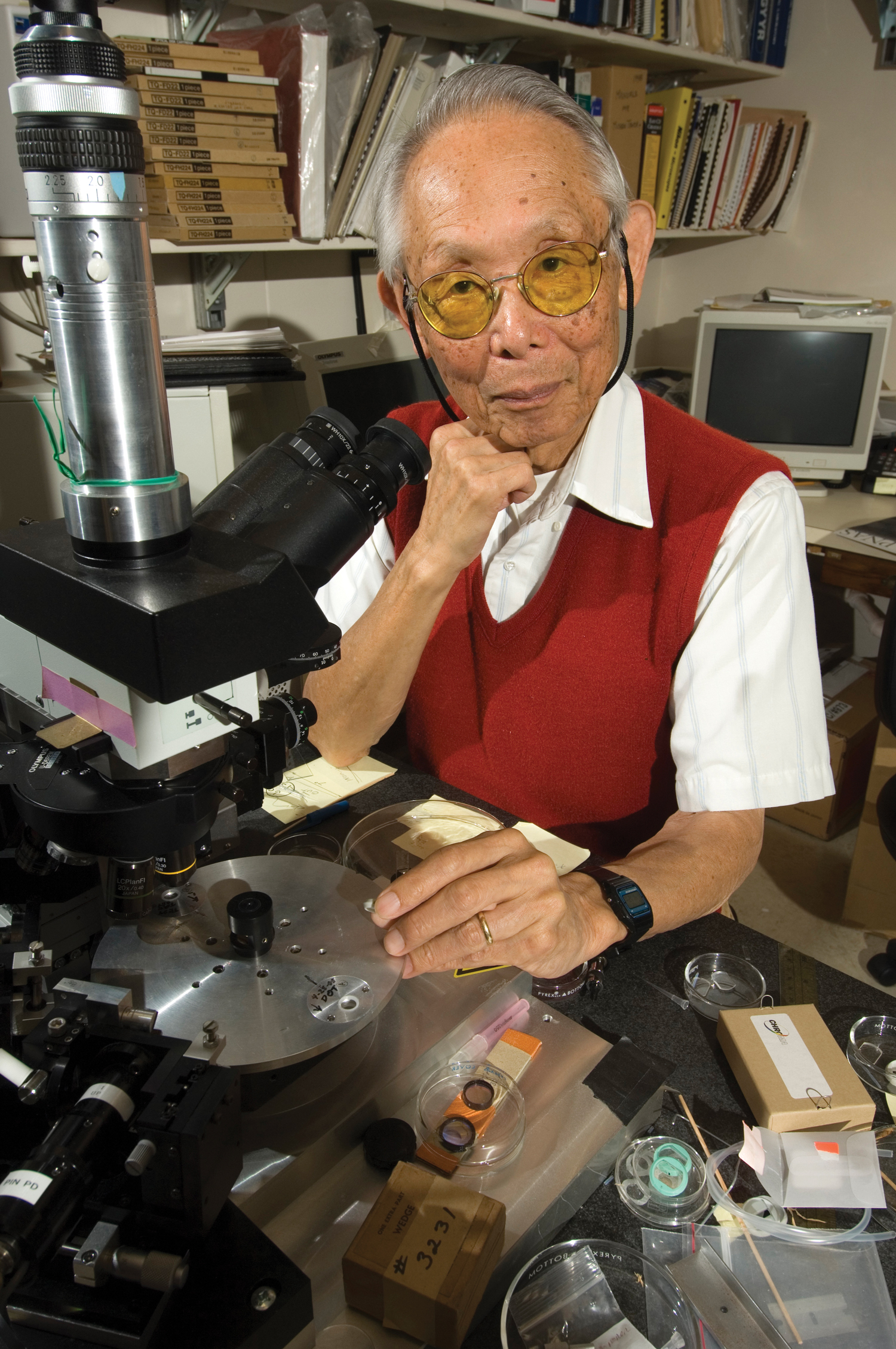 Shinya Inoué passed away at 98 on September 30, 2019, after a distinguished research career centered on developing imaging technology, pioneering live cell observation, and offering insightful interpretations of observations enabled by his technology. Throughout he started with the simplest of beginnings and then carried them forward to make advances that have become the bedrock of our understanding of spindle assembly and function as well as to develop technologies that are still in use. Many of his findings are now taken as “of course,” but at the time they were forward looking and addressed issues to which few had given much thought. Although he investigated a diverse array of problems and played key roles in many collaborations, I will touch briefly on a few highlights.

Biological Findings
In wartime Japan, as an undergraduate in the laboratory of Katsuma Dan, Shinya was challenged to image the mitotic spindle in living echinoderm zygotes with a polarizing microscope. Since his first observations with a borrowed petrographic microscope were inconclusive, he built his first (of seven) “Shinya Scope,” which consisted of scrounged, jury-rigged components tied to a leg of a machine gun tripod!

At graduate school at Princeton starting in 1948, he built an improved Shinya Scope that enabled him to conclusively demonstrate the reality of spindle fibers in healthy living cells (microtubules had yet to be discovered). Their existence was then controversial, because they were until then evident only in fixed and stained preparations—never in live cells. That fiber arrays could be induced by fixation of protein solutions and empty pith cells impregnated with albumose solution led to the widespread belief that spindle fibers were artifacts.

In the early 1950s, Shinya’s live cell observations revealed that spindle fibers are dynamic and labile. The loss of spindle birefringence in the presence of colchicine, its augmentation with D2O, and its reversible lability with low temperature led to his then novel concept that spindle fibers are in a dynamic equilibrium with a pool of subunits. Using Chaetopterus oocytes arrested in meiosis I, he demonstrated that gradual disassembly of the spindle led to the movement of the chromosomes toward the aster attached to the cell cortex. Reassembly of the spindle led to the movement of the chromosomes back away from the cortex. If the spindle disassembled too rapidly, the structure lost its integrity and no chromosome movement occurred. Shinya’s important contribution was the idea that spindle fiber assembly/disassembly could produce force to move things. Later, he proposed that the force for anaphase chromosome movement was produced by the gradual disassembly of microtubules. At the time the significance of his work was not fully recognized and some aspects were subject to skepticism.

In the early 1960s Shinya and Art Forer combined polarization microscopy and precise UV micro-beams to cut kinetochore fibers in plant and animal cells. Their classic experiments provided the first demonstration of a flux of kinetochore fiber material from chromosome to spindle pole.

Polarization Microscopy
Starting as a graduate student Shinya methodically improved the sensitivity of the polarizing microscope so that it could detect and quantify the slight differential retardations of polarized light passing through birefringent cell structures (several nanometers, a small fraction of a wavelength of visible light). Going beyond incremental improvements with strain-free lenses and high extinction polarizers, Shinya characterized the polarization cross in the back focal plane of higher numerical aperture (NA) objectives. His finding that the plane of polarization in the four bright quadrants was rotated explained a fundamental limitation to the extinction of the polarized light microscope—leading others to say that achieving high extinction with high-NA lenses was impossible.

Not to be deterred, Shinya collaborated with Lewis Hyde at American Optical to invent a superbly clever way of combining a half waveplate and a meniscus lens to form a polarization rectifier that produces even and high extinction across the whole aperture (rectified optics). In the late 1980s he initiated with Rudolf Oldenbourg and Michael Shribak the development of microscopes that map and quantify birefringence independent of specimen orientation (the LC-PolScope). In the late 1990s Shinya spearheaded the development of the centrifuge polarizing microscope, allowing for the first time observation of birefringence in living cells at up to 10,000 x G.

Video Microscopy
In the late 1970s Shinya and Bob Allen independently discovered that manipulation of video camera black level and gain substantially increases image contrast, revealing structure not readily visible in the microscope eyepiece. Not content to just use this newfound tool, Shinya and his son Ted Inoué developed the first computer-based digital image acquisition/analysis system designed specifically for research biologists (Image-1, now evolved into MetaMorph). This was a first big step in the development of the many powerful systems that have revolutionized imaging in cell biology. Later, Shinya and Ken Spring published two editions of Video Microscopy, which have become go-to reference books for this discipline.

Shinya’s contributions have been recognized by honors and awards, including: the E.B. Wilson Medal from ASCB (1992); election to the National Academy of Sciences (1993); the Distinguished Scientist Award from the Microscopy Society of America (1995); the Ernst Abbe Award from the New York Microscopical Society (1997); the International Prize for Biology from the Japan Society for the Promotion of Science, presented by the emperor of Japan (2003); and the Order of the Sacred Treasure, Gold Rays with Neck Ribbon, from the government of Japan (2010).

We have lost an outstanding scientist, a major contributor to cell biology, and above all a good friend.

Greenfield Sluder is professor emeritus in the Department of Radiology at the University of Massachusetts Medical School.