Join or Renew
Community Member Profile Log in
May 6, 2020|In Memoriam, Member News 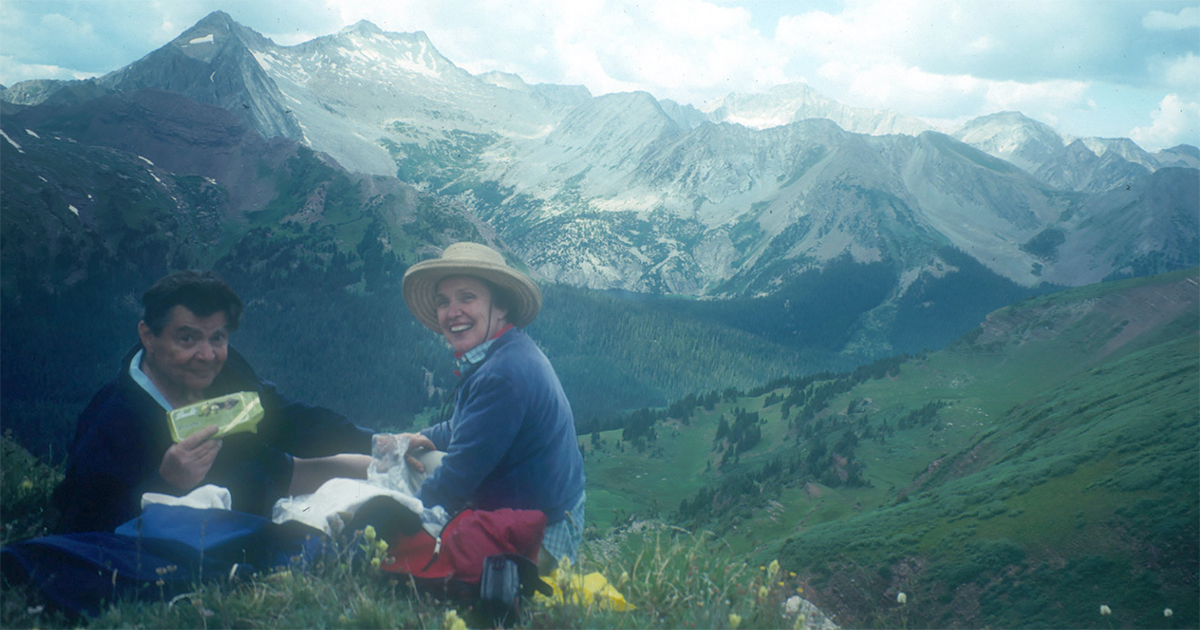 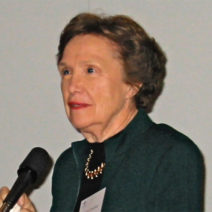 Marilyn G. Farquhar, one of ASCB’s most distinguished and celebrated members, died on November 23, 2019, at the age of 91. She joined ASCB soon after its formation, and served as a Councilor from 1966–1970 and as President in 1982. She received the Society’s prestigious E.B. Wilson Award in 1987 for her many contributions to basic cell biology, as well six major awards from other scientific societies.1 In 2017, she was elected an ASCB Fellow. She was elected to the National Academy of Sciences in 1984 and the American Academy of Arts and Sciences in 1991. She served on the faculties of the University of California, San Francisco (UCSF; 1962–1970), Rockefeller University (1970–1972), Yale (1973–1989), and the University of California, San Diego (UCSD; 1990–2019).

Farquhar will be remembered professionally for her original contributions to the fields of intercellular junctions, membrane trafficking (endocytosis; regulation of pituitary hormone secretion and crinophagy; identification, signaling, and pharmacology of intracellular heterotrimeric-G proteins), and podocyte biology and pathology. Over her 65-year-long career she was a founder of three of these fields (intercellular junctions, crinophagy, intracellular G-protein signaling), and helped guide the evolution of all of them. She sponsored, mentored, and nurtured 64 trainees, many of whom were women. Her work was largely supported by uninterrupted funding from the National Institutes of Health. She was listed as one of the 10 most cited women authors by Citation Index from 1981–1989.

The Early Years
Although Marilyn Farquhar’s scientific productivity is well documented in 319 publications, her development as a scientist is less well known. She was raised as a third-generation Californian in Tulare, CA. She drew inspiration from her mother, Alta Gist, whose own academic ambitions had been cut short by hard times, and from a family friend, who ran a pediatric practice out of her home. After graduation from the University of California, Berkeley (1952) and two years of medical school (UCSF), she began her scientific career by working toward a PhD in experimental pathology. She made this change because her husband, John Farquhar, discouraged her from taking the clinical years of medical school. Luckily for her, the chairman of Pathology had just purchased an RCA 3B electron microscope and asked her to investigate how to prepare tissue for analysis. Another blessing was the purchase of one of the first Porter-Blum microtomes. Her thesis project was to characterize the EM changes during hormone secretion in the anterior pituitary of the rat. She used the approach of an experimental endocrinologist: target organ ablation and hormone replacement.

When her husband relocated to the University of Minnesota to continue his medical training, she followed and was fortunate to work with Robert Good and Robert Vernier. With them she made the first EM studies of renal biopsies, thereby initiating her life-long interest in renal physiology and pathology. When her husband moved to New York City for further training, she obtained a postdoctoral traineeship in the laboratory of George Palade at Rockefeller University (1958–1962). Having worked with little guidance as a graduate student, she began her formal training in the new field of cell biology in its “birthplace,” the Rockefeller. It is of interest that Palade’s anatomy doctoral thesis in Romania was on the urinary tubule of black sea dolphins, and at the time of Farquhar’s arrival his lab was studying glomerular structure. Farquhar’s postdoctoral studies of the ultrastructure of diseased kidneys complemented Palade’s interests and led to a natural collaboration.

Their experiments established that glomerular capillary basement membrane is a barrier to the trans-glomerular passage of large-molecular-weight plasma proteins, thereby opening an entirely new approach to renal physiology. These studies led them to identify “tight junctions” as the cell structures responsible for the water and solute impermeability of epithelia, and to characterize their principal structural elements—zonula occludens, zonula adherens, and macula adherens (desmosomes).

After the birth of two sons, she again followed her husband back to California where she joined the UCSF faculty (1962–1970). There, she directed her own laboratory, and focused on pituitary hormone secretion. Together with her graduate students and postdoctoral fellows she discovered the process of “crinophagy” (named by de Duve), in which excess secretory granules fuse selectively with and are degraded by lysosomes. This led others to identify crinophagy in other endocrine cells, e.g., pancreatic alpha and beta cells. At this time, she also began studies of Golgi cisternae and the function of coated vesicles in protein uptake in the epididymis and provided the first descriptions of biogenesis of neutrophil granules.

In 1969 she returned to the Rockefeller as a full professor and joined the Palade-Siekevitz group. In 1970 she divorced her husband and married George Palade, forming an extraordinarily happy and professionally productive partnership. From that time on Farquhar and Palade collaborated where there was mutual interest but maintained separate labs and programs throughout the rest of their careers.

We pause here to reflect on the peripatetic career pathway that was common for talented and professionally committed women in the 1960s and 1970s, i.e., follow your husband, bear and nurture children, remain competitive in your field. Despite many compromises, Marilyn had the brilliance and persistence to make the most of every geographic move. She was a wonderful role model for young women attempting to break into a man’s world. She advised women to follow their scientific interests with passion and persistence. She broke with tradition by showing them how to manage both a family with children and a scientific career. It would take negotiating with superiors for reduced time when children were very young, returning to a regular schedule as children became more self-sufficient. Her own career, and that of her women trainees, proved the value and efficacy of such flexible career plans.

The Later Years: Research, Teaching, and Administration
Now recognized as a brilliant cell biologist, she returned to the Rockefeller as its first female professor. Farquhar and Palade moved to Yale in 1973, where she helped build a new Cell Biology department in the medical school. In 1974 Palade was named a co-recipient of the Nobel Prize in Physiology or Medicine.

While at Yale, she and others discovered that “megalin” was the target of an autoimmune disease known as passive Heymann nephritis, an animal model of the human autoimmune disease membranous glomerulonephritis. Further study revealed that it was in the LDL receptor superfamily, and the main proximal tubule membrane receptor for the retrieval of many filtered proteins and vitamins, thereby initiating a new chapter in understanding of renal physiology.

In 1990 Farquhar and Palade moved to UCSD to establish a new Division of Cellular and Molecular Medicine. With the recruitment of top scientists, the Division became a full department with Farquhar as its founding chair. She continued her two prior areas of research, i.e., Golgi secretion and glomerular biology. She also ventured into intracellular roles of heterotrimeric G proteins, a.k.a. “molecular switches” for signal transduction. She was among the first to recognize these switches’ functional activities on intracellular membranes. While the field of pharmacology was primarily focused on how these switches signal at the cell surface, she asked what (if any) roles they might play on intracellular organelles. In the 25 years that followed, her work revealed that these G proteins function at multiple intracellular sites. She discovered a plethora of modulators of these switches (GAPs, GEFs, and GDIs) and revealed how such modulation fine tunes organelle functions (Golgi secretion, autophagy, endocytosis) and regulates membrane trafficking. This was a remarkable feat. As a cell biologist, she was widely regarded as a quintessential outsider in the field of pharmacology, and yet she became one of the largest contributors of novel molecules to that field.

She was a superb educator. Her lectures and seminars exemplified thoughtfully designed experiments, gorgeously illustrated with Ansel Adams–quality diagrams and micrographs. Her depth of understanding and her lifetime of experience enabled her to trace the history of the fields in which she worked from their inception to the present. She was meticulous in citing contributions of other scientists. Her inventiveness as an investigator attracted outstanding students to the field of cell biology generally, and to her laboratory in particular. Two of us, D.B. and P.G., were fortunate to have been fellows in her laboratory and to have benefitted from her creativity, humanity, generosity, high ethical standards, and commitment to excellence.

Farquhar stepped down as department chair in 2008 but continued to teach, mentor, and maintain a productive lab until 2015. In 2017, UCSD’s chancellor recognized her contributions to building UCSD’s medical school to a high rank among the nation’s medical schools and to fifth in the nation in external research grants, by naming her a “change maker” and awarding her UCSD’s highest honor, the Roger Revelle Medal.

Personal Note
As a youth, George Palade enjoyed hiking in the mountains of Romania. Marilyn gained her love of the mountains in the High Sierras of California. Following their move to UCSD they spent a month each summer relaxing and hiking in the Elk Mountains near Aspen, CO. There they frequently hiked with friends and prior trainees who enjoyed their company, shared their lunch delicacies, and were impressed by their adventurousness and stamina. More than one trainee who knew George before and after his marriage to Marilyn commented that Marilyn had a profoundly beneficial effect on him. She enabled him to relax, to shed his “European professional formality,” and to express fully his playfulness and good humor. Those so fortunate as to have shared these mountain adventures with Marilyn and George treasure their remembrance of them.

Footnote
1The Distinguished Scientist Medal of the Electron Microscopy Society of America (1987), the Homer Smith Award of the American Society of Nephrology (1988), the Histochemical Society’s Gomori award (1999), FASEB’s Excellence in Science Award (2006), and the Rous-Whipple (1991), and Gold Headed Cane (2020), awards of the American Society for Investigative Pathology.

Dorothy Ford Bainton is former Vice Chancellor, UCSF.Pradipta Ghosh is a professor in the Departments of Medicine and Cellular and Molecular Medicine and director of the HUMANOID Center of Research Excellence at UCSD. Samuel C. Silverstein is John C. Dalton Professor of Physiology and Cellular Biophysics, Emeritus at Columbia University Vagelos College of Physicians and Surgeons.