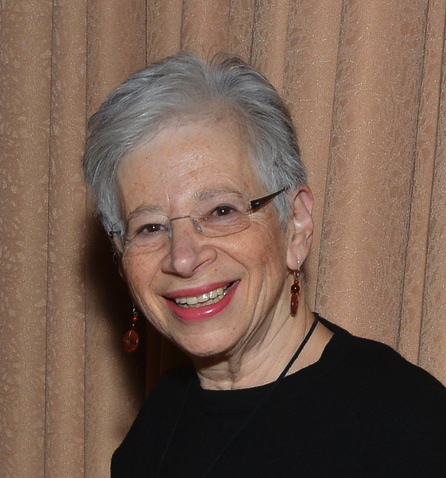 A better namesake could not be found, said Ursula Goodenough, former chair of ASCB’s Women in Cell Biology (WICB) Committee on learning that her longtime friend and current WICB chair, Sandy Masur, had just become the eponym for the WICB’s Sandra K. Masur Senior Leadership Award. “Sandy has been amazing across the board with WICB,” said Goodenough of Washington University in St. Louis after the Executive Committee of the ASCB voted unanimously last week to rename the award.

By any name, the Masur award, one of three made annually by WICB, will honor “a woman or man at a later career stage (generally full professor or equivalent) whose outstanding scientific achievements are coupled with a record of active leadership in mentoring both men and women in scientific careers.” While the WICB Junior and the WICB Mid-Career awards are for women who have demonstrated “excellence in research,” the newly renamed Masur Senior Leadership award is open to all. Two men have been selected for it since its inauguration in 1986.

Masur is a walking definition of scientific leadership, says another longtime WICB associate, Caroline Kane of the University of California, Berkeley. “Sandy stands up for issues even when those with a loud voice think noise equals credibility. That is, she leads by example with reasoned words in the face of those who choose to be loud.”

In announcing the name change, ASCB Executive Director Stefano Bertuzzi said, “Sandy’s dedication to WICB and to ASCB has been an exemplar of leadership and volunteer engagement in our Society, which truly helped move the needle in changing social norms and in particular in creating opportunities for women in science.”

Sandra Kazahn Masur is currently Professor of Ophthalmology at the Icahn School of Medicine–Mt. Sinai Hospital in New York City. She is a native New Yorker. Her parents were Polish Jewish immigrants who transferred their thwarted educational ambitions to Sandra and her sister. Masur attended New York’s celebrated public High School of Music and Art but was drawn away from art toward science and a BA in biology at City College. She learned electron microscopy and earned her PhD working on cellular endocrinology in the laboratory of Lee Peachey at Columbia (where she roomed for a time with Goodenough). Masur joined Mt. Sinai’s Department of Physiology and Biophysics in 1968. Her research program today employs a corneal stroma model to study the interconnections between extracellular matrix, cell-cell interaction, and growth factors in wound healing. Masur has been the chair of WICB since 2009.

Both Kane, who worked with Masur to set up the WICB Speakers’ Bureau, and Goodenough, who watched in awe as Masur organized the first WICB career roundtable lunches at the ASCB Annual Meeting, agree that Masur’s style is both hands-on and out front. Says Kane, “Sandy does her homework on issues. She also, and most impressively, provides both the professional reality checks and the necessary hugs to those trying to work their way through their academic careers.”

The deadline for WICB Award nominations is April 1