Beverly Wendland, Photo by Will Kirk

A member of ASCB’s Women in Cell Biology Committee (WICB), Beverly Wendland has been appointed Dean at the Johns Hopkins’ Zanvyl Krieger School of Arts and Sciences, which is described as the “core institution” of the Hopkins’ undergraduate and graduate programs. WICB chair Sandy Masur hailed Wendland as “a natural leader and consensus builder, she has won the trust and respect of all who work with her.” The Wendland lab at Hopkins studies clathrin-dependent endocytic vesicle formation. 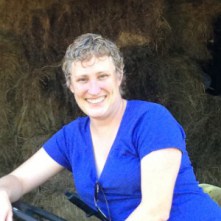 Assistant professor and ASCB member Dana L. Miller of the University of Washington was chosen for one of six early-career funding grants by the National Institute of Environmental Health Sciences (NIEHS) as part of its Outstanding New Environmental Scientist (ONES) awards. Working largely with Caenorhabditis elegans, the Miller lab looks at the effects of sudden change in small gases such as oxygen and hydrogen sulfide on epigenetics, signaling pathways, and survival responses to environmental insult. 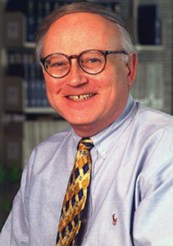 Nucleolus Pioneer Thoru Pederson Gets the Q&A From JCB

The nucleolus is not just for ribosome synthesis anymore, thanks to the work of Thoru Pederson of the University of Massachusetts Medical School who has shaken up our understanding of that once-overlooked organelle. Pederson, who just stepped down as ASCB Treasurer, is the subject of a engaging profile and Q&A in Journal of Cell Biology. Beyond his scientific publishing, Pederson is known as a prolific essayist and general book reviewer. He told science writer Kendall Powell, “When I write a book review or a memoir, I feel like a million dollars. I think I operate in these non-research papers in the ‘essay’ mode, which from the Latin means to try. It’s something that’s not routine. You have to try, and I enjoy that.”