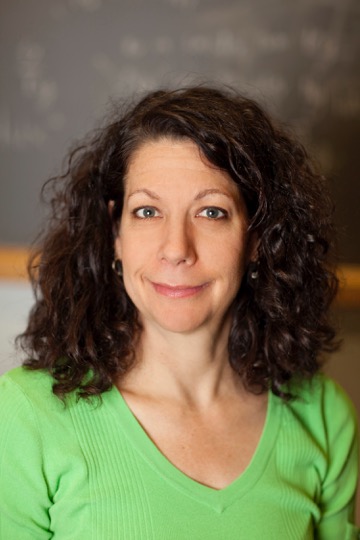 Princeton’s Bonnie Bassler, a Howard Hughes Medical Institute (HHMI) investigator and ASCB member, has been awarded the Shaw Prize in Life Science and Medicine for her role in the discovery of quorum sensing in bacteria. Quorum sensing is a process of bacterial communication, which may offer innovative ways to interfere with bacterial pathogens or to make changes in the microbiome. Bassler explained her work on the PBS science show NOVA and at a TED talk. Bassler will split the approximately $1 million cash prize with co-winner E. Peter Greenberg, professor at the University of Washington with whom she made the discovery. The Shaw Prize was founded in 2002 by Hong Kong media mogul Sir Run Run Shaw and is awarded in three categories, astronomy, life sciences & medicine, and mathematics. 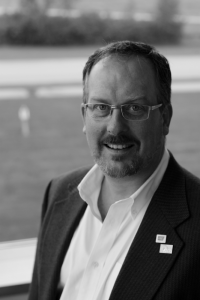 Edward Hinchcliffe, University of Minnesota, is one of eight professors selected by the ASCB’s Minorities Affairs Committee to serve as a faculty mentor under a federally funded mentoring program to promote diversity in science. The Faculty Research and Education Development (FRED) Program’s goal is to improve the grant funding success rate among junior faculty at institutions with a strong commitment to students from backgrounds underrepresented in STEM fields such as cell biology. Hinchcliffe’s work with the FRED program was featured in Minnesota’s Austin Daily Herald. Hinchcliffe will be mentoring Alexis Rodriguez, assistant professor at Rutgers University in Newark, New Jersey. Also selected as mentors in the program are:  Anita Corbett of Emory University School of Medicine, Ian Wilson of the Scripps Research Institute, Laliita Shevde-Samant of the University of Alabama at Birmingham, David Ehrhardt of Carnegie Institution for Sciences, Melissa Harrington of Delaware State University, Michelle Lennartz of Albany Medical College, and Mark Mamula of Yale University. Those selected to be mentored are: Nathan Bowen of Clark Atlanta University, Jamaine Davis of Meharry Medical College, Hadiyah-Nicole Green of Tuskegee University, Jessica Lucas of Santa Clara University, Jana Marcette of Harris-Stowe State University, Charles Spencer of University of Texas at El Paso, and Cecilia Zurita-Lopez of California State University, Los Angeles. 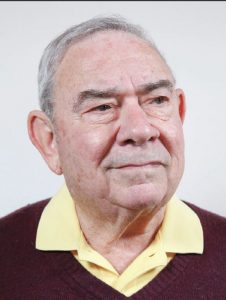 Longtime ASCB member Leonard Hayflick is sharing the 2014 John Scott Legacy Medal and Premium, the oldest scientific award in the United States, with collaborator Paul Moorhead for their early discoveries about cell aging.

Administered by the Franklin Institute and the Philadelphia City Council, the Scott award was endowed in 1815 by John Scott, an Edinburgh dentist, who donated $4,000 to fund awards to “ingenious men or women who make useful inventions.” The original prize first awarded in 1822 was not to exceed $20 plus a “suitably inscribed” copper medal. The growth of the endowment has since raised the value of the cash prize into the low four figures. Previous winners include Marie Curie, Thomas Edison, Jonas Salk, Nicola Tesla, Sir Alexander Fleming, Sir Howard Florey, and the Wright Brothers.

Hayflick is best known for his discovery that cultured normal human cells have a limited capacity to replicate, commonly referred to as “The Hayflick Limit.” This finding overturned the dogma held since the field of cell culture began in 1907 that all cultured cells are potentially immortal. Hayflick showed that only abnormal or cancer cells were immortal, a finding that had profound implications in the fields of aging and cancer biology.

A native Philadelphian who earned his BA, MS, and PhD from the University of Pennsylvania, Hayflick did much of his key work on cellular aging at the Wistar Institute in Philadelphia. He later served on the faculty at the Stanford University School of Medicine, the University of Florida, Gainesville, and the University of California, San Francisco. Hayflick joined the ASCB in 1960, remaining an active member until 1999 when he was granted emeritus status. The ASCB is one of 20 scientific societies to which he belongs including the Gerontological Society of America of which he is a past president and the Council of the NIH National Institute on Aging of which he was a founding member. Hayflick was the author of the 1994 bestseller, How and Why We Age. 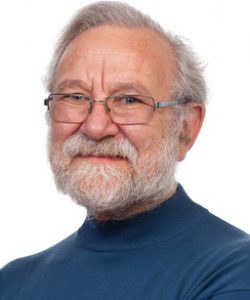 Incoming 2016 ASCB President Peter Walter of the University of California, San Francisco, and HHMI may need to run up more shelving in his home woodshop to hold his latest award, the 2015 Vilcek Prize in Biomedical Science. The $100,000 prize, which comes with a distinctive sculpture, honors the contributions of immigrants to the United States. It is the creation of Czech-born immunologist Jan Vilcek and his wife Marcia, who made their fortune with Remicade, the widely used monoclonal antibody anti-inflammatory agent. A native of West Berlin, Walter came to the U.S. in 1976 to improve his English at Vanderbilt University and went on to earn his PhD at Rockefeller University in the lab of ASCB member Günther Blobel. Walter is widely known today as the discoverer of the unfolded protein response (UPR) for which he won the Shaw Medal in 2014 and the Albert Lasker Basic Medical Research Award in 2015.