by Mary Spiro and Thea Clarke

Andrew W. Murray of Harvard University was elected to serve as the 2019 president of the American Society for Cell Biology (ASCB). He will serve as President-Elect in 2018 on ASCB’s Executive Committee. 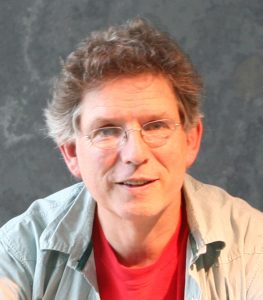 Murray is the Herchel Smith Professor of Molecular Genetics in the Department of Molecular and Cellular Biology, a Howard Hughes Medical Institute (HHMI) investigator, and the director of the Faculty of Arts and Sciences Center for Systems Biology at Harvard. His research centers on the biology and evolution of the budding yeast Saccharomyces cerevisiae. Murray collaborates with theorists to decipher how cells reproduce, respond, and evolve in rapidly changing environments.

Murray said he hopes to play a role at ASCB in three important areas: promoting basic scientific research in the United States and internationally, science education, and the public understanding of science.

“We should work with our members, other scientific societies, the government, and the media in all three areas,” Murray said in his statement on the ballot. “I believe in promoting the idea that knowledge is valuable in its own right as well as for its potential tangible benefits and that careers in education at all levels from kindergarten to college are honorable careers for scientists.”

Murray has been an ASCB member since 1993 and has served on numerous committees including International Affairs and Public Information. He earned his bachelor’s degree in natural sciences from Cambridge University and a doctorate in cell and developmental biology from Harvard. He is a fellow of both the National Academy of Sciences and the American Association for the Advancement of Science. He currently serves as an associate editor of the journal Genetics.

Kerry Bloom, the Thad L. Beyle Distinguished Professor in the Department of Biology at the University of North Carolina at Chapel Hill, will serve as Secretary. Gary Gorbsky, of the Oklahoma Medical Research Foundation and University of Oklahoma Health Sciences Center, returns to serve a second term as Treasurer.

Others elected to council include Michael Ehlers, executive vice president of research and development at Biogen; Janet Iwasa, research assistant professor in the Department of Biochemistry at the University of Utah; George Langford, professor and dean emeritus of the College of Arts and Sciences at Syracuse University; and Julie Theriot, professor of Biochemistry and of Microbiology and Immunology at Stanford University Medical School/HHMI.  Each member of Council will serve a three-year term beginning January 1, 2018.

“The 2018 cohort of officers and councilors for the Society showcases the depth of experience in the discipline of cell biology and breadth of diversity evident in our membership. Congratulations to them all, and I look forward to working with them,” said Erika Shugart, ASCB Executive Director.

Mary Spiro is ASCB's Science Writer and Social Media Manager.Thea Clarke is the Director of Communications and Education at the American Society for Cell Biology.