In Memoriam: Günter Blobel, A Voyager of the Cell 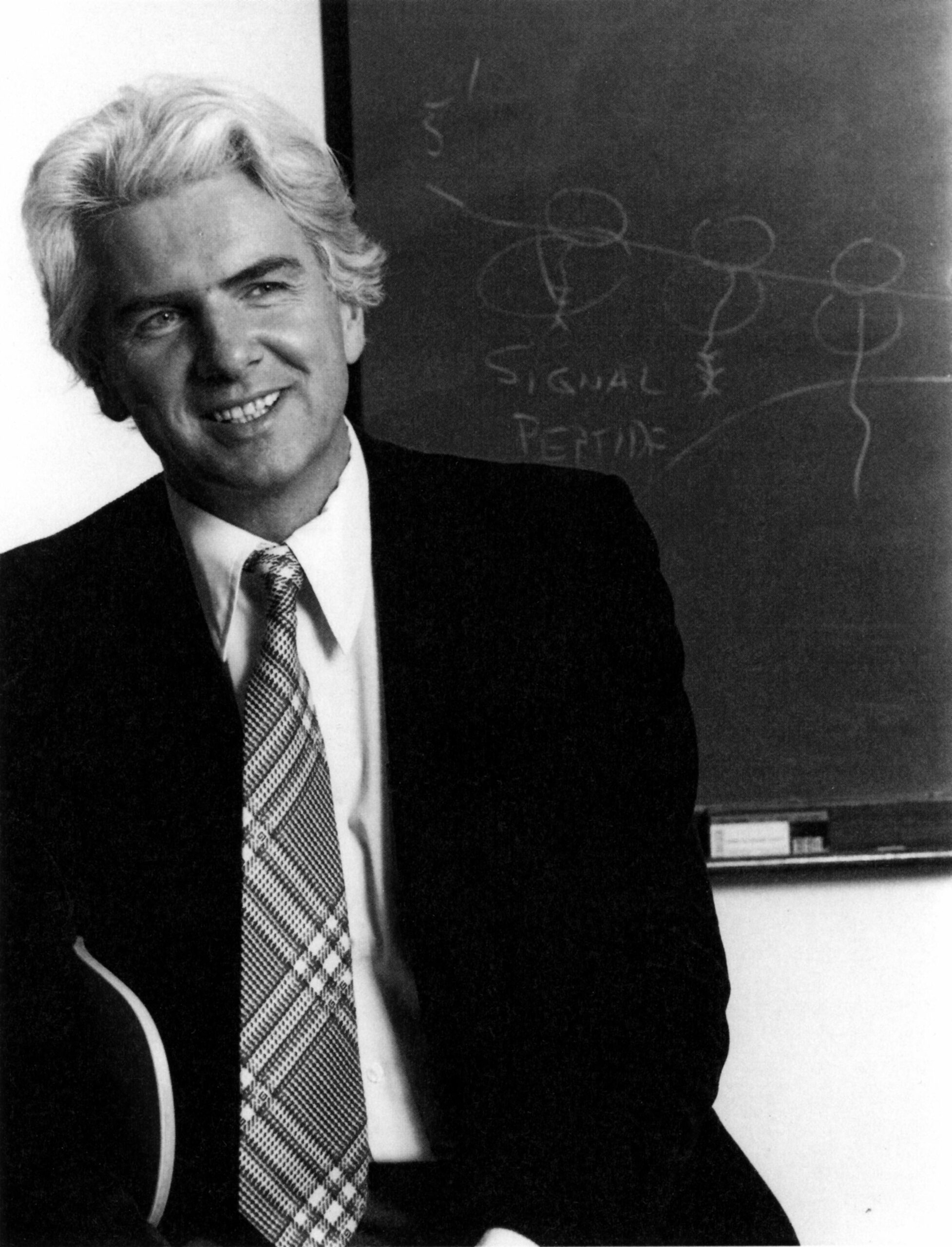 It was with profound sadness that the cell biology community learned of the death of Günter Blobel on February 18, 2018, unanticipated by most outside his immediate circle. We can always envision “creators” in science but should be cautious in bouncing this term around too loosely. Günter Blobel, who served as ASCB president in 1990, was a true creator of the modern era of cell biology.

Günter Blobel was born in 1936 in a part of Germany then known as Silesia. He and his family fled west during World War II and on his exit, the young boy went through Dresden, recently bombarded into near-oblivion by the Americans. As we shall see, this experience affected him deeply.

After completing medical school at Tübingen, Günter turned away from the clinic to biology and set his sights on America. He joined the University of Wisconsin lab of Van Potter, who was gaining prominence for trying to connect cancer with what today would be called cell biology. Günter received his PhD in 1967 and got a post with George Palade’s group at Rockefeller University.

At Rockefeller, Keith Porter had discovered the endoplasmic reticulum (ER) and its studded ribosomes. The Palade group saw this structure as a clue to function that could give rise to actionable experiments. When Günter joined the Palade lab he soaked up this gestalt.

The notion that membrane proteins somehow slip into preexisting membranes as a simple ΔG and/or ΔS event in accord with the preexisting thermodynamics of that membrane (descended over billions of years of life on Earth) was one of the main features at the cell biology movie house in the mid-20th century. But the discovery of the ER gave rise to the idea that maybe there was something more. One clue that this explanation was incomplete was that although membrane proteins might indeed assemble into the ER membrane as a formal constituent, other proteins were headed elsewhere, namely outside of the cell.

In 1975 Günter and his associate Bernhard Dobberstein published two stunning papers in which they showed that an N-terminal sequence targets a nascent polypeptide to the ER. They erected the “signal peptide hypothesis” to capture these findings.

The subsequent arrival of Peter Walter and Reid Gilmore in the Blobel lab led to a second and powerfully transformative insight. They discovered a machine that propelled the translocation of signal peptide–bearing nascent polypeptides into the ER: the signal recognition particle (SRP) and its receptor in the ER membrane. In subsequent work Walter and others in the Blobel lab showed that the SRP is a RNA-protein complex that arrests translation after the N-terminal signal peptide is synthesized. Upon docking with the ER-located SRP receptor, later discovered in the Blobel lab, this translational block is released, now topologically “forcing” the resumed translational elongation to place the nascent polypeptide into an ER channel, later dubbed the translocon.

These discoveries of protein secretion and the machine that accomplishes it are among the greatest exemplifications of biochemistry informing cell biology that either discipline has ever had. These advances later led to unanticipated new findings, such as the unfolded protein response pioneered by Peter Walter. The discovery of the SRP even reached back in cell biology to the ancient nucleolus, which my lab discovered to be the site of SRP assembly, a second function of this organelle beyond ribosome synthesis.

The Blobel lab later delved into how the nucleus manages its export and import. This led to major advances in this field, which had been moving a bit sluggishly before. Others had by then discovered nucleus localization signals in certain proteins but the mechanism lurked as an unresolved problem. Today, the definitive description of nuclear pore complexes stands as an accomplishment of Blobel and his lab members and other colleagues at Rockefeller.

Günter Blobel attracted legions of brilliant students and postdocs, as scientists of his charisma always do. He showed them the ropes and taught the skills needed to compete in the often tough forum of science, in which he had won wings, while always conveying his passion for wanting them to go on and do well. His trainees have written a powerful remembrance that captures their beloved mentor in perfect ways.1

In my nearly 50 years of knowing Günter Blobel, I always saw an open mind and a generous demeanor. He kept his sense of humor close to his chest but on those occasions when it spontaneously broke forth, his hearty laugh almost made the walls rumble. His enthusiasm for discovery was as infectious as that of any scientist I have ever known, and his passionate desire to instill this in the next generation was a signature of his mentorship.

As many know, when Günter received the Nobel Prize (unshared) he donated the almost $1 million to the restoration of both the cathedral and synagogue in Dresden. The images of those structures in ruin that he saw as a young boy had never left him. We might reflect on this about our dear friend and colleague. It may say more about him than anything else. We shall not see the likes of Günter Blobel any time soon.

Note
This article is based on a more-detailed obituary published in Molecular Biology of the Cell (Mol Biol Cell 29, 1281–1283).