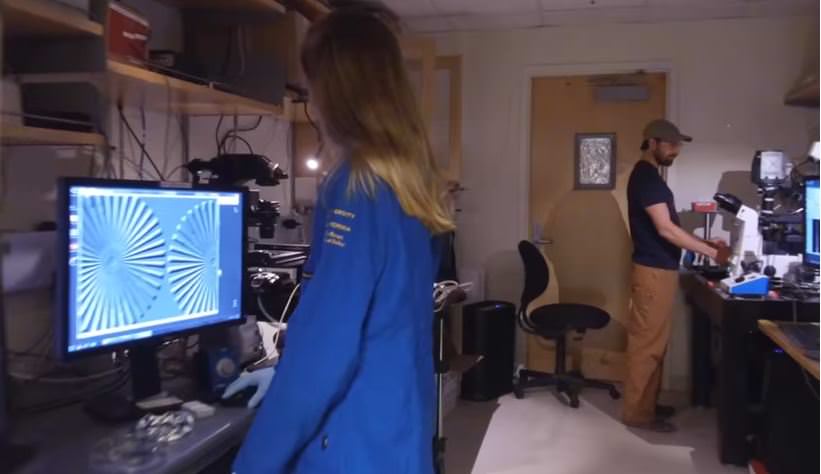 Celldance videos often show what it is like to work in a lab setting, like this clip from We Know Life by Motion.

There is no doubt that we live in a society that is increasingly reliant on digital media, allowing us to learn by way of compelling visuals in easily digestible video formats at rapid speeds. With sites like YouTube, you can use videos to learn how to fix your car or design rustic furniture, and perhaps even to better understand advanced scientific concepts. Celldance, ASCB’s famed video program, aims to help ASCB member labs communicate their research to and educate the public about cell biology.

The program, run by the Public Information Committee (PIC), has been around for over 10 years and offers $1,000 production grants to three selected labs. Celldance not only engages the public, it facilitates collaboration in the cell biology community through the filmmaking process. Ever been curious what it would be like to work on a Celldance film? Now’s your chance to find out! 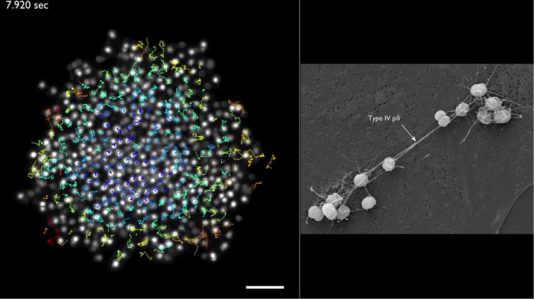 Photos and simulations, like these from the 2018 Celldance film Neisseria meningitidis: At Home inside Human Capillaries are often used to help explain difficult concepts.

The Selection Process
Starting in early spring, with the proposal deadline at the beginning of summer, the ASCB, teamed up with PIC, advertises the program on
social media and in other Society communications, urging member labs to submit proposals. In June, a few members of PIC and select ASCB staff members score the proposals based on accessibility, relevance, breadth of impact, storytelling, and creativity. A couple of weeks later, the three chosen labs are contacted by email and announced on ASCB social media channels.

The Celldance Producer
Each year, Celldance picks a producer to work with each of the labs. The producer’s role is to facilitate communication between the team and
the ASCB staff as well as help the labs keep their videos to the time limit, create a storyboard, and make sure that the story remains focused.
It’s a great way to build leadership skills as well as to allow members to collaborate within their own communities. Sometimes this can lead to
surprising revelations about the researchers themselves. Janet Iwasa, a 2018 Celldance Producer, TED fellow, and well-known molecular
animator notes, “I think one of the things that comes out of the process is that you see these different, sometimes hidden talents of different members of a research group…. Doing Celldance is definitely great for communicating your research and gaining visibility for your lab, but it’s also an awesome way to let labs be creative and show off the personality of the group.” Interested in being a Celldance producer? Email us at celldance@ascb.org.

Celldance videos often show what it is like to work in a lab setting, like this clip from We Know Life by Motion.

Creating the Film
Not only do people enjoy watching the films, but it is something truly special for the researchers to share what they love with the public, as well as with their own scientific communities. Cell biologists are often questioned about the importance of basic research, and Celldance videos give them a chance to explain why what they do is significant. Creating a Celldance film involves developing a storyboard and then capturing the footage, inside and outside the lab, and takes around 1.5 hours per week spread over four to five months, according to previous filmmakers. That footage is then assembled into a rough-cut format and polished by a professional videographer.

Dyche Mullins, co-creator of the 2018 Celldance film We Know Life by Motion explained that the driving force of his message was “…to convey the fundamental importance of molecular and cellular motion to a general audience.” He also mentioned, “When non–cell biologists ask me about my work, and I say that I study how cells move I often receive a blank look in return. Sometimes they even ask, ‘Is that important?’” Mullins’ video speaks for itself, with stunning visuals, innovative techniques, and a storyline that can appeal to scientists as well as non-scientists.

Mullins also explained that he benefited from the collaboration with Iwasa, his producer, and that they are working together to create an expanded animation from the film.

Presentation/The Final Product
The finishing touches are put on the Celldance videos in November, and they are prepped to premiere at the ASCB|EMBO meeting in December. The videos get a good amount of publicity at and after the meeting: They have their own press release, and are often covered by several news outlets. Celldance videos have historically been covered in The Scientist, Vice Motherboard, the NIH Director’s Blog, and have even been tweeted out by Francis Collins himself. This year, Celldance got a shout-out from a Nature Career Feature on how to get into scientific film-making. Along with the official press around the videos, #Celldance videos also benefit from buzz on social media.

Overall, the visibility Celldance gives researchers is enough to make the program worthwhile. However, the true purpose of Celldance—communicating the impact of scientific research—is even more important.

Submit to Celldance
Thinking about submitting a Celldance proposal, or know someone who would make a great video? All you have to do is send us a one- or two-page story outline (in a narrative, storyboard or script format) plus a short video sample of your most beautiful/most exciting cell imaging. (These samples do not have to be the video sequences that you will use in your actual Celldance video.)

Email us at celldance@ascb.org or visit ascb.org/celldance to submit your proposal.