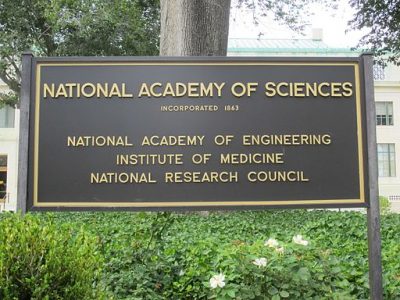 The American Society for Cell Biology would like to congratulate eight ASCB members who have recently been elected to the National Academy of Sciences (NAS). On May 2, 2017, NAS announced that 84 new members and 21 foreign associates had been elected to its ranks in recognition of their distinguished and continuing achievements in original research.

Among the new members is ASCB’s 2018 president-elect, Jodi M. Nunnari, professor in the Department of Molecular and Cellular Biology at the University of California, Davis. Nunnari is a pioneer in the field of mitochondrial biology and has been a member of ASCB since 1998, serving on numerous committees over that time.

Other newly minted NAS members who are also members of ASCB include:

ASCB’s executive director Erika Shugart and members of the Executive Committee offer warm congratulations to these members for attaining this significant milestone in their scientific careers. They look forward to congratulating you all in person at the ASCB/EMBO meeting this December in Philadelphia. ASCB—an inclusive, international community of biologists studying the cell—is dedicated to advancing scientific discovery, advocating sound research policies, improving education, promoting professional development, and increasing diversity in the scientific workforce.