A Postdoc’s Tale of Two Cities 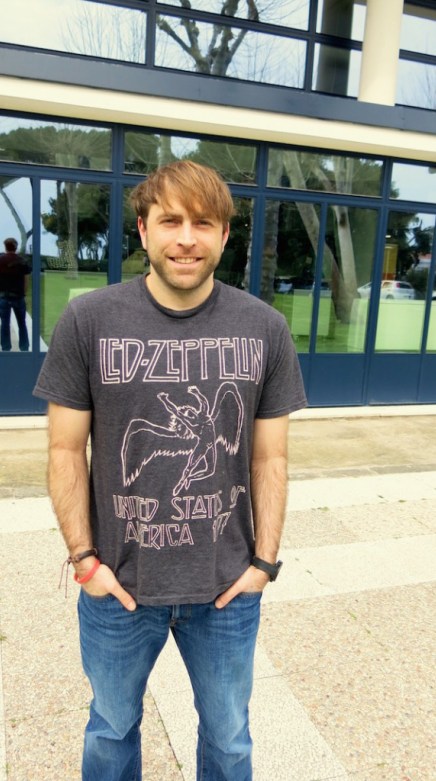 It’s hard to imagine two more dissimilar cities than Salt Lake City, Utah, and Naples, Campania. Salt Lake is everything orderly, mild, and relatively new (founded 1847). Naples is everything old (founded 8th century BC), spicy, and slightly chaotic. That was an attraction for Dustin Bagley, a lifelong Salt Lake City resident with a BS from the University of Utah, who was in the final stages of his PhD at Utah’s School of Medicine, when he applied for a postdoc with Andrea Ballabio at the Telethon Institute of Genetics & Medicine (TIGEM) in Naples.

He’d met Ballabio, TIGEM’s scientific director, when Ballabio came to give a talk at the medical school in Salt Lake. Bagley, who was finishing his graduate work on the unexpected signaling path of the protein Mon1A in iron metabolism, was asked to escort Ballabio around campus. They clicked on their science interests. Ballabio, who also holds professorships at the Baylor College of Medicine in Houston and the “Federico II” university in Naples, is a geneticist and cell biologist whose work on the lysosome as the master regulator of cell waste removal and autophagy excited Bagley. Ballabio’s TIGEM lab had identified the transcription factor EB (TFEB) as the critical piece of a signaling pathway to the nucleus that controls lysosomal biogenesis. TIGEM was then working out the links through a calcium channel, linking the calcium phosphatase calcineurin to TFEB activation. With his background in membrane trafficking, Bagley was intrigued by TFEB regulation and its possible applications to a long list of human disorders including lysosomal storage diseases. Ballabio mentioned that he might have a postdoc opening at TIGEM soon. An emailed application, a Skype interview, and a graduation later, Bagley was on a plane to Naples for a three-year postdoc.

Naples, Bagley says, turned out to be very different from Salt Lake City. Among other things, Naples has a NATO naval base with a big U.S. Navy presence, its own form of Italian, many palaces from its 600 years as the capital of the Kingdom of Naples, and the honor of having invented pizza. TIGEM employed a student relocation service to handle Bagley’s paperwork and get him settled. With a bilingual representative to deal with landlords, Bagley picked a flat in the “centro storico,” the roaring heart of the old city and not far from the legendary Sorbillo’s, “where pizza was born,” says Bagley. “The first month was difficult. I couldn’t sleep. Lights are on and people are driving around all night but now I don’t even notice it.” Even Cali, the calico cat he brought with him from Utah, has settled in, he reports. “Now she’s a Neapolitan although she’s strictly an indoor cat. I wouldn’t let her outside for a minute. She’d be run over. I wouldn’t trust her on the street in Naples. I barely trust myself.”

He isn’t kidding. “It took me a while to get used to walking on the street with all the mopeds flying by but I feel quite at home here now, strangely enough.” His language skills though have not kept pace. “My Italian is awful. I do a lot of pointing. Kindness and a smile can say a lot.”

If Naples is ancient and loud, Pozzuoli, where TIGEM is located about 7 miles up the coast, is ancient and more suburban. It’s an hour’s commute each way by train, says Bagley, who used to drive to his lab in Salt Lake in three minutes. But Bagley likes the separation between his noisy “centro” life of bars, cafes, and pizzerias, and his scientific life at TIGEM. Pozzuoli also has better beaches, he says.

The TIGEM facility in Pozzuoli is new. It’s in a breathtaking location, sitting across the road from the azure Gulf of Naples with its famous islands in the distance. TIGEM is part of a high-tech campus redeveloped in the old Olivetti typewriter factory, a post-war architectural landmark when it opened in 1954 as a model for humane industrialization. The factory was designed with high ceilings and tall windows to give the typewriter assemblers a view. The TIGEM labs have high ceilings, tall windows, custom bench bays, next generation sequencing equipment, and great views. It has 15 lab groups, 200 scientists and students, and three major programs in cell biology, systems biology, and translation molecular therapy. TIGEM is one of two intramural institutes run by the Italian Telethon Foundation, a charity that in 1990 adapted the generic telethon format pioneered by Jerry Lewis in the U.S. for Italian television to raise funds for research into rare genetic diseases. The foundation, which tries to balance basic research with translational delivery, has been a pioneer in gene therapy and in moving proof-of-concept trials toward full regulatory approval and commercial development. TIGEM moved to central Naples in 1994 and to Pozzuoli in 2013.

“As an institute, I think we do world class science,” says Bagley. “The aim of this institute is to take what we learn in basic research into medicine and treatment for people with these lysosomal storage diseases. So they do a lot of translational medicine which is terrific.”

His family and friends in Utah had no idea where he was going or what he would be doing other than “eating a lot of pizza and pasta and they were right.” His mother and sister finally came for a visit last year, touring Naples and meeting his TIGEM colleagues. “It put them at their ease because they could see I was in a good place with good people.”

Bagley has no regrets about his postdoc in Naples. “I don’t think I could have found a more opposite place from my home to work and to live. And for that reason, it was a very good thing. You need to get out of your element.”

Working on TFEB is exciting, Bagley says, but the greatest discovery he’s made so far was about himself. “The science has been terrific. But one thing I realized about myself is that I’m definitely American. When I do finish my work here, I will return to the States, maybe Utah, maybe someplace else, but definitely back home. I never appreciated where I came from, the things I had, and the science I did until I came here. I’d never appreciated how easy it is to live in the United States compared with Europe.” He will take that home, Bagley says, along with his cat and a serious dependence on espresso. 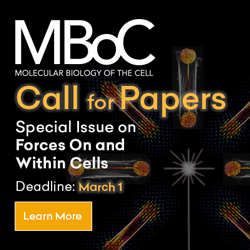