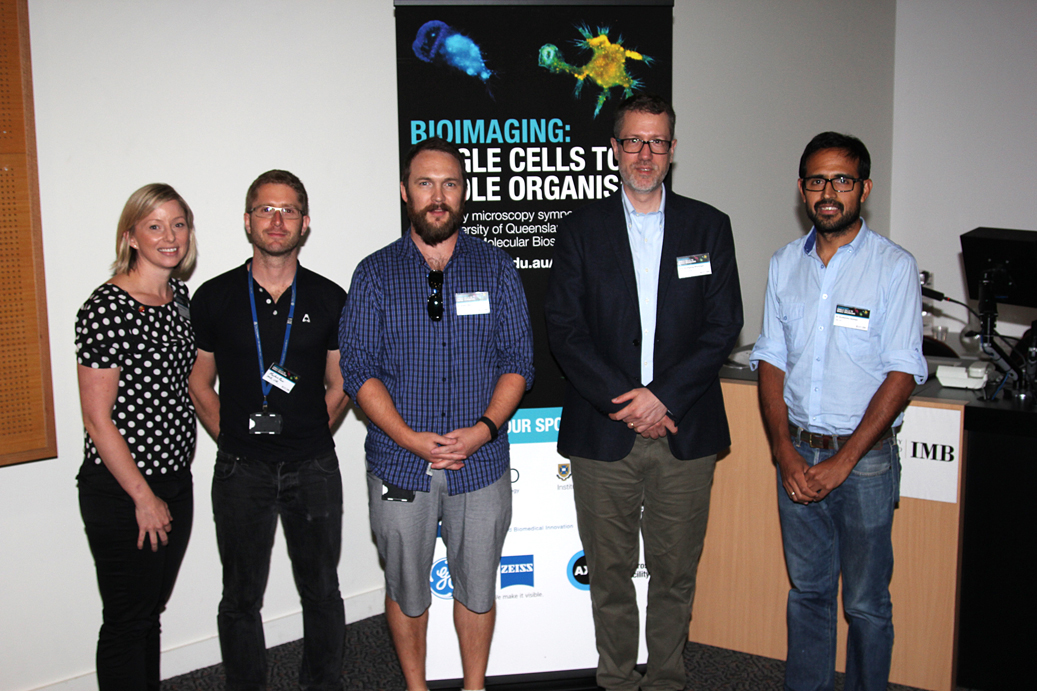 On November 10, 2015, the Institute for Molecular Bioscience and Queensland University of Technology in Brisbane, Australia, hosted an ASCB-supported symposium entitled Bioimaging of Living Systems—Single Cells to Whole Organisms. Around 170 registrants enjoyed presentations on cutting-edge imaging and science by local early-career researchers. Highlights included exquisite confocal imaging of brain and skin development and presentations on dissection of membrane microdomains by means of super-resolution microscopy and in utero electroporation for whole animal imaging. Punctuating the talks by early-career researchers was a keynote presentation by Wolfgang Weninger from Centenary Institute, Sydney, who captivated the audience with his intravital multiphoton imaging of immune cells in transgenic mice. A poster session for early-career researchers, with prizes awarded, ended this successful day, which everyone agreed should become a regular event. 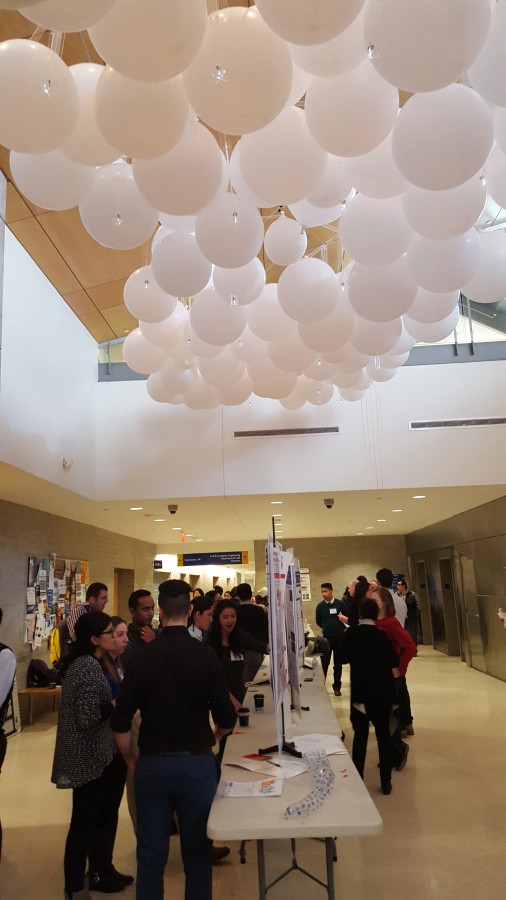 Braving the freezing temperature, 180 local scientists from 24 institutions in the Greater New York City Area convened at Columbia University Medical Center for a whole day of great science, focusing on quantitative biology of cellular and multicellular systems. The New York Symposium on Quantitative Biology of the Cell (NYQBoC) created an otherwise rare opportunity for interaction among scientists at various career levels with differing but complementary backgrounds. There were conversations throughout the day between theoreticians and experimentalists, and between researchers working at different scales, with different model systems, or with different approaches. Fourteen wonderful talks over the spectrum of quantitative imaging, modulating, and mathematical modeling included a keynote presentation from Jonathon Howard of the Yale University School of Medicine. Graduate students and postdocs showcased their exciting work either by giving short talks (accounting for half the talks presented) or by presenting posters. The highly interactive poster session stimulated fruitful discussions between trainees and senior scientists, whose votes recognized two outstanding posters with awards. Thanks to the generous support from ASCB, Columbia University, and Rockefeller University, NYQBoC 2016 was able to break the barrier between disciplines and to ignite a regional dialogue on the emergent topic of quantitative biology of the cell.

The aim of the one-day Toronto Organelle Function and Dynamics (TOOFAD) conference was to bring together organelle researchers from the Greater Toronto Area to discuss the ongoing trends, findings, and techniques in organelle research. The intended audience of this conference was researchers who study organelle identities, dynamics, and function at Ryerson University, the University of Toronto, and McMaster University. Researchers located at associated research centers, including SickKids Hospital and The Li Ka Shing Knowledge Institute at St. Michaels Hospital, were also invited. The conference was geared towards principal investigators from these institutions, as well as all members of their labs, including postdoctoral fellows, graduate students, and undergraduates.