Nothing is More Alive than Cell Biology—ASCB 2015 San Diego 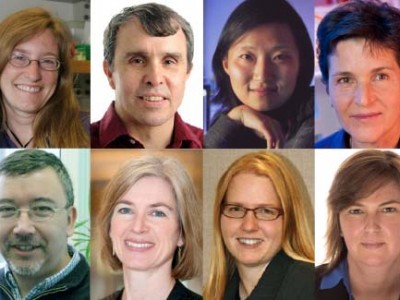 The paradox of cell biology is that its methods of inquiry are forever changing while the fundamental questions being asked are forever the same, says Stanford University’s Julie Theriot, the Program Chair for ASCB’s 2015 Annual Meeting, December 12–16, in San Diego. “The reason cell biology is such a vital and exciting area of science to me is because nearly all the questions you might have about the nature of life or how life works have to be answered on the level of the cell,” says Theriot. “There is nothing more alive than a cell.”

The program that Theriot and her committee have assembled for San Diego showcases the new technologies and new concepts that are shaking up cell biology labs around the world. ASCB 2015 will feature big data, next-generation sequencing, CRISPR cas9 editing, limit-bending imaging, bioengineered cells and tissues, cells as self-organizing individuals, and cells (and multicellular organisms) as self-organized collectives. Says Theriot, “As new technologies become available, the field takes those new approaches to ask the questions that have fascinated us for so many years—How do cells divide? How do they communicate? How do they move? How do they form new tissue?”

Every time some sort of new technology comes along, we get new kinds of probes that can give us more insight than we’ve ever had before, says Theriot. “This year, we’re celebrating big data as being a new way to look at these same questions. There’s also super high-resolution microscopy and we have a symposium on that. And then there are the ways that fundamental concepts of cell biology now apply to other areas of biology inquiry.”

Tackling the broad issues in symposium sessions will be a line-up of big-name speakers. Co-winners of the 2014 Nobel Prize in Chemistry Eric Betzig and W.E. Moerner will lead off a panel with Harvard’s Xiaowei Zhuang on visualizing hidden biological processes. Coming at the self-organization question from a novel direction will be Stanford behavioral biologist Deborah M. Gordon, who is an expert on the collective and individual behavior of red harvester ants. And highlighting self-organization of a different kind will be Roberto Mayor, a developmental biologist from University College London. Mayor’s studies of neural crest cell development led him to his “chase and run” hypothesis of cell movement to explain metastasis.

CRISPR cas9, the hottest new gene-editing technology to hit cell biology in recent years, grew out of the discovery of an innate immunity mechanism in bacteria. One of its pioneers, Jennifer Doudna, University of California, Berkeley and Howard Hughes Medical Institute (HHMI) investigator, will bring the CRISPR story to a panel on “Bending Nature to Our Purposes.” That symposium also features Kristi Anseth, University of Colorado, Boulder and HHMI, who works at the molecular interface between cells and synthetic biomaterials, and Angela Belcher, a biomaterials engineer at MIT, whose lab, among other things, has demonstrated how viruses can be used to improve the efficiency of lithium-ion batteries.

All these and the other novel-concept symposia will stand on a robust foundation of classic and “classic plus novel variation” minisymposia. The topics here will cover cell biology’s greatest hits—cell cycle, membranes, organelles, cytoskeleton, signaling, and differentiation plus sessions on the “real world” applications of cell biology and a new look at the cell biology of genetic information. Biology education is also on the minisymp roster with a section entitled “Teaching How to Teach and Learn.”

Theriot is hoping that the 2015 Annual Meeting program’s combination of old questions and new technologies will draw cross-disciplinary newcomers and core-question cell biologists. Early reaction has been positive, she reports, including “fan mail” from a developmental biologist and longtime ASCB member who confessed that he hasn’t been to an Annual Meeting in some time. “He wrote to tell me how excited he was to see all these new directions in cell biology and how he’s definitely coming,” says Theriot.