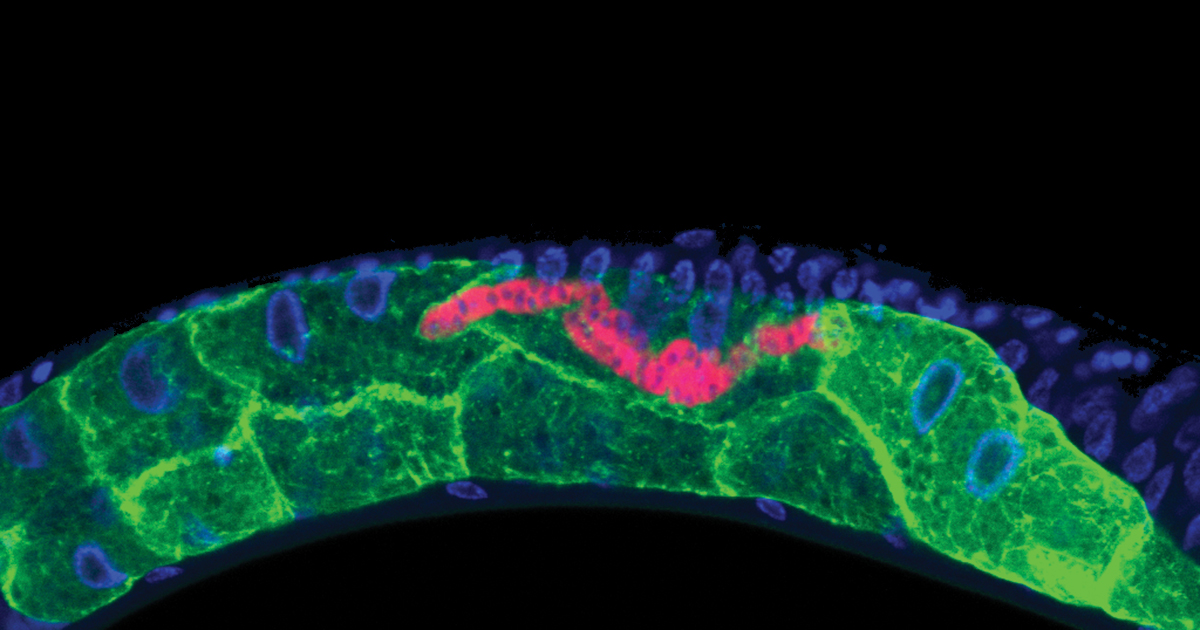 Nearly 6,000 scientists from around the world gathered in Washington, DC, in December for the 2019 ASCB|EMBO Meeting to hear talks and see poster presentations on the latest life science research, to participate in panel discussions, to gain professional development skills, and to network and socialize. Topics ranged from genetics and metastasis; to new imaging and single-cell analysis techniques; to cell migration, RNA and DNA biology, and computational biology; to more esoteric discussions about cellular origins and the recognition of historical milestones in the use of green fluorescent protein for biomedical investigation.

Although no one topic can be singled out as the focus of the largest cell biology meeting in the world, certain themes emerged organically as one traveled from lecture room to poster exhibit hall. These revelations reflect current trends in biomedical research interests and discoveries.

The Genome Holds the Key
Both the topic of the Doorstep Meeting and the subject of the general meeting’s Keynote Address touched on the continued importance of studying the genome. The Doorstep Meeting, a smaller, more intense, day-long session, provided a deep dive into research on genome instability and potential disease therapies. For example, Michael Yaffe spoke about an inhibitor for an isoform of the bromodoman protein Brd4 (which protects chromatin from DNA damage signaling) that could help improve immunotherapy for cancer. This could lead to a personalized treatment by removing some cancer cells, injuring but not killing them, and then reintroducing these “tortured” cells back into the body where they would work to enhance the immune response to disease. Serena Nik-Zanial from the University of Cambridge talked about how machine learning could be used to classify breast cancer tumors based on imprints of DNA damage and repair in cell samples. She said potential clinical applications are being developed. 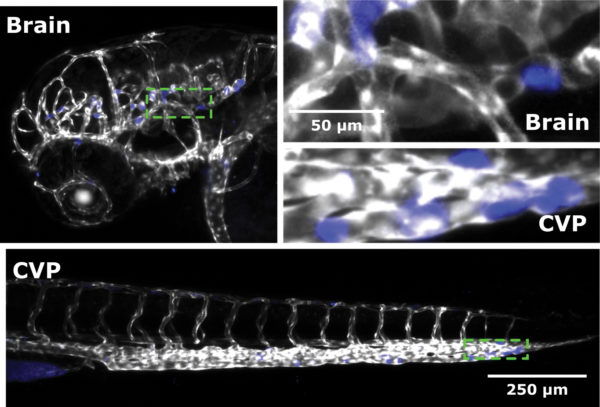 Bruce Stillman, president and CEO of Cold Spring Harbor Laboratory, offered up a Keynote Address “Copying the Genome in Eukaryotic Cells: Insights into the Evolution of Origin Specification and Its Relationship to Gene Silencing Mechanisms” to kick off the formal start of the meeting. He gave a comprehensive retrospective of the work from his lab and from collaborators on the discovery and functions of the origin of replication (ORC) in the eukaryotic genome and the elegant and sequential way DNA is transcribed. He then presented a brief overview of his lab’s recent findings using the power of cryogenic electron microscopy to study the structure of the ORC complex.

The reverse engineering of the cell and how the subcellular components of the cell interact with one another continue to fascinate researchers. In the Subgroup called Building the Cell, work from the Gaudenz Danuser lab at the University of Texas Southwestern Medical Center explored how factors such as surface-to-volume ratio and the nonlinear molecular interactions that take place in narrow spaces between neighboring cells can impact cell signaling, particularly oncogenic signals. Using 3D light-sheet microscopy, the Danuser lab showed how blebs in the lamellipodia can create microdomains where septins assemble. These tight spaces can make cells resistant to cancer drugs, as well as increase cancer cell signaling.

The Doorstep Meeting…provided a deep dive into research on genome instability and potential disease therapies.

Presentations in the Subgroup called Bottom-Up Cell Biology focused on breaking the cell down to its basic parts and trying to reassemble it. Allen Liu from the University of Michigan, for example, explained his work to elucidate some of the mechanics of the linker of nucleoskeleton and cytoskeleton (LINC) complex. The LINC complex is made up of an inner and outer membrane composed of SUN and KASH proteins. Liu’s research showed the first in vitro assembly of LINC complexes through the creation of an artificial nuclear membrane (ANM). This ANM was built using SUN1 and SUN2 proteins situated in a lipid bilayer that were able to bind synthetic KASH peptides, thus reconstituting the order of the LINC complex. Also during this subgroup, Petra Schwille of the Max Planck Institute of Biochemistry explored the question “Life without Ancestors?” (See p. 24 for more about this presentation.)

Symposia, Minisymposia, Microsymposia
Eight Symposia, this year given playful titles by 2019 ASCB President Andrew Murray, covered topics such as computational biology, disease modeling, cellular machinery, genomics, cell migration, intracellular trafficking, and cell shape and signaling. During Symposium 2, “Attack of the Killer Bugs: the cell biology of infectious disease,” Emily Troemel of the University of California, San Diego, spoke about the intracellular pathogen response (IPR), a set of genes that kicks into action when Caenorhabditis elegans are infected with microsporidia or the Orsay virus or even when they experience stress. In addition to resistance to pathogens, triggering IPR results in increased RNA, slowed growth, and increased proteostasis capacity.

The reverse engineering of the cell and how the subcellular components of the cell interact with one another continue to fascinate researchers.

Symposia 4, “21st Century Machinery: the structure, function, and evolution of protein machines,” allowed presenters to approach cells like tiny gadgets. Andrea Musacchio’s lab at the Max Planck Institute of Molecular Physiology has attempted to unravel the mysteries of a key player in cell division—the kinetochore. The lab is attempting to reconstruct the kinetochore in vitro using the approximately 35 core subunits that comprise it. So far in this long-term project, Musacchio’s lab has been able to build two rather large subunit complexes and the component that signals for the spindle assembly checkpoint. By building these substructures, his lab hopes to understand how the kinetochore manages cell division and chromosome fidelity.

With 22 Minisymposia and 18 Microsymposia, one would be hard-pressed not to find a topic of interest, but it would also be difficult to get around to them all. Lipid regulation and transport in membrane remodeling was the focus of Minisymposium 8. Francesca Giordano from the Institut de Biologie Integrative de la Cellule in France spoke about lipid transport at membrane contact sites between the mitochondria and the endoplasmic reticulum (ER). She reported that oxysterol-binding proteins ORP5/8 mediated transport of phosphatidylserine from the ER to the mitochondria, but that only ORP5 imports calcium into the mitochondria. In Minisymposium 17, “Nucleus Structure and Dynamics,” Saroj Regmi from the National Institutes of Health explained how malfunctions of the nuclear pore complex (NPC) are hallmarks of neurodegenerative diseases, such as amyotrophic lateral sclerosis. Regmi is investigating the roles of certain NPC components, called Nups. He tagged Nups using CRISPR/Cas9 and, by depleting some of them, found that certain Nups are critical to NPC structure and function, while others are not. 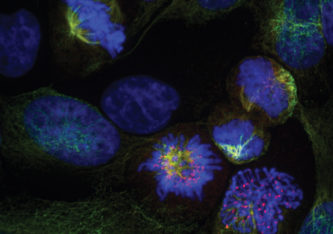 Microsymposia presentations are so fast—just 10 minutes including time for questions—that speakers have only enough time to tease listeners to visit the speaker’s poster or to follow-up via email. However, these rapid-fire sessions are not without significant content. Colin Paul of the National Cancer Institute explained how the zebrafish is a terrific model organism in which to visualize the early stages of organotropism. Using the zebrafish, Paul has been able to determine that initially vascular architecture influences to which organ cancer cells are likely to spread next. But if the cells stop in the vasculature, there are specific integrins that signal which organ they should invade next—the brain or the bone.

Green Fluorescent Proteins, Oh My!
Among the most beautiful and engaging presentations during the meeting was the lecture on the history of green fluorescent protein (GFP) given by Jennifer Lippincott-Schwartz of the HHMI Janelia Research Campus. This satellite event, which included a showcase of the #GFP25 image and video contest award winners, allowed Lippincott-Schwartz nearly a full hour to recount her own personal experience of using GFP as a bioscience marker. From her earliest black and white micrographs and videos, which showed faint blinking spots of GFP, to her more recent 3D and live cell imaging accomplishments, she was able to demonstrate the power and versatility of this stalwart of the cell biologist’s toolbox.