You can buy almost anything on Amazon.com but Steven DelSignore, a postdoc at Brandeis University, found a cellular metaphor, free of charge, in the online retailer’s warehouse system. He

compared Amazon’s sorting and dispatch system to protein sorting and trafficking in cells. The metaphor and DelSignore’s no-nonsense delivery style convinced the judges of the 60-Second Elevator Speech Video Contest held at ASCB 2016 in San Francisco to award him top prize. This year, it was a pair of Powerbeats3 Wireless In-Ear Headphones, which incidentally were ordered through Amazon by ASCB’s Public Information and Public Policy Committees, co-organizers of the contest. https://vimeo.com/194694599

The idea of the Elevator Speech Contest is to imagine yourself with a trapped lay audience and with one minute to convince your fellow passenger—a U.S. Senator, Lin-Manuel Miranda, or a skeptical family member—of the importance of your scientific research. Out of 15 entries submitted by attendees at ASCB 2016, the Elevator Speech judges also named three Honorable Mentions.

Samantha Sellers, East Carolina University, managed to use the word “autophagy” without scaring off a lay viewer by quickly explaining that it was a recycling system for cells. Autophagy—and what goes wrong with it—is the focus of her research into runaway immune signaling that drives arthritis. https://vimeo.com/194694666

Angie Hilliker, an assistant professor at the University of Richmond, told how a sister’s kidney disease turned her educational interest toward cell biology and eventually toward research into mRNA protein complexes. https://vimeo.com/194694646

Distill. Get to the Point: Winner of Elevator Speech Contest Reveals All

Six months ago, if you’d asked any of my family or friends whether I had a chance to win the ASCB 60-Second Elevator Speech Contest, you might’ve gotten a diplomatic “Maaaaybe.” These poor innocents had often sat, bored and confused, their faces politely blank, as I droned on about my work. But somehow, at the ASCB Annual Meeting in San Francisco this December, my 60-second selfie video won the contest. I was doubly surprised when the ASCB organizers asked me afterward to explain my approach to elevator speech success. While I’m not sure I’m much of a model, I can perhaps provide some hope to any scientist who’s ever threatened their loved ones with casual conversation about what they reall 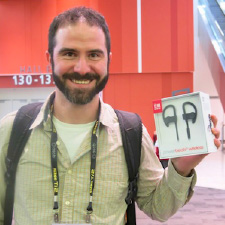 Steve DelSignore holding the prize he won for his success in making protein sorting and trafficking accessible to any audience. ASCB photo by John Fleischman

Step 1: I admitted I had a problem. I always assumed I was a good communicator. After all, I’d been talking for quite a while, and I knew a lot of words. There were subtle signs, however, that I was actually quite terrible at communicating science. People didn’t ask questions when I gave seminars. I couldn’t keep my thesis committee awake for an entire meeting. Otherwise loyal pets refused to listen to practice talks. It turns out that what I thought was fun and freewheeling was just a rambling fact salad.
Step 2: I got help. I experienced an awakening of sorts when I attended a workshop run by the Alan Alda Center for Communicating Science. There, I learned that everything I knew about communicating science was wrong. As scientists, we’re trained to use facts and data as bricks to build an unassailable foundation of truth. It turns out that when you unleash this approach on a hapless bystander, you’re just building an impenetrable wall of confusion. Alda’s communications trainers begged us to distill—to isolate only the bare essence of our work—and then get to the point. Then they guided us through painful and awkward exercises to encourage us to use metaphors and imagery to communicate in an accessible way.
Step 3: I practiced. It turns out this approach requires work (for me, at least). For my ASCB entry, I went through four pretty bad pitches before settling on the Amazon.com shipping metaphor for membrane trafficking. I was fortunate to have plenty of help. My mentor, Avi Rodal at Brandeis, organized an in-lab mini-workshop where we helped each other develop and hone our elevator pitches. This exercise was tremendously valuable in figuring out what worked and what didn’t. We all drastically improved our pitches.

So why is improving one’s science communication skills worth the time and effort away from the bench? There are the social reasons, such as the need to engage and educate future scientists. There are the obvious financial reasons, as taxpayer funding is more likely when the people who pay for our research actually understand and value what they are supporting. But I think it’s also important to consider the public perception of science in a burgeoning post-truth, social/news/media landscape. Increasingly, we live in a world where anybody with a keyboard and an internet connection can pose as an authority on nearly any topic. To fight this “truthiness,” scientists need to work harder at explaining the process of science, that facts matter, and how science is indispensable in making sense of the world. And we have to do that in a way that’s as accessible and palatable as it is true. I’m glad that the ASCB provides the Elevator Speech Contest as a forum to highlight and encourage these critical skills 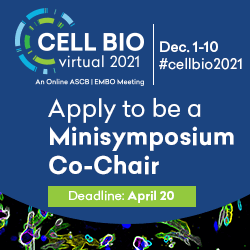