The Junior Award for Excellence in Research (formerly the Junior Career Recognition Award), which is given to a woman, was the first ASCB award aimed at identifying newly independent, early-career scientists who exhibit significant potential for making scientific contributions. (ASCB has more recently established gender-neutral awards similarly targeting early-career scientists.) The award has been predictive of continued success, as evidenced by academic tenure and promotion as well as subsequent receipt of prestigious awards and honors, such as the the National Institutes of Health (NIH) Pioneer Award, Howard Hughes Medical Institute funding, and ASCB’s E.B. Wilson Award.

The WICB Senior Leadership Award (formerly Senior Career Recognition Award) was also unique in that it combined recognition of scientific achievement and a strong commitment to the fostering of women in science. In 2015, the WICB Senior Leadership Award was renamed for Sandra K. Masur for her leadership as chair of WICB from 2000–2016 and for her long service as a member of this highly collaborative committee.

As an increasing number of ASCB awards for junior and senior scientists were created, WICB realized that the critical career period between junior and senior stages was being overlooked. Accordingly, in 2013 WICB established the Mid-Career Award for Excellence in Research. This award recognizes a woman who has held an independent position for 7–15 years, who has demonstrated a track record of exceptional scientific contributions to cell biology or has effectively translated cell biology across disciplines, and who exemplifies a high level of scientific endeavor and leadership.

In this historical context, we are pleased to announce our 2017 award recipients: Julie Canman, Columbia University; Karen Oegema, University of California, San Diego; and Harvey Lodish, Massachusetts Institute of Technology (MIT). The list of previous winners can be found at www.ascb.org/wicb-awards. We encourage you to join us in honoring the 2017 awardees during the ASCB|EMBO Meeting in Philadelphia at our WICB Awards and Mentoring Theater session on Tuesday, December 5, from 10:45 am–12:00 pm in the Pennsylvania Convention Center Room 122B. 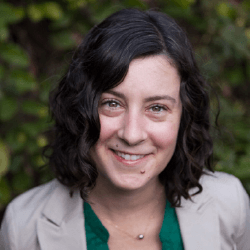 Julie C. Canman: Junior Award for Excellence in Research
Julie Canman is assistant professor in the Department of Pathology and Cell Biology at Columbia University where her nominator Gregg Gundersen noted that she is a rising star in her field. Her research achievements in the field of cytokinesis are built on her “classical” training in cell biology combined with her success in technology development, her creative approaches, and her experimental rigor. As an undergraduate at the University of Wisconsin, Madison, she acquired a passion for physical processes during cytokinesis after learning about Ray Rappaport’s famous torus experiment in a cell biology course. After earning her BS degree she became the first technician in Bill Bement’s newly established University of Wisconsin, Madison, lab where they used Xenopus oocytes to address questions on the role of microtubules in regulating actomyosin-based cortical flow for cytokinesis.

Canman’s PhD thesis research at the University of North Carolina, Chapel Hill, with Ted Salmon focused on understanding the mechanism of division plane specification and the importance of the cytokinetic phase of the cell cycle in mammalian cells. In successive postdoctoral fellowships, first with Bruce Bowerman at the University Oregon and then with Karen Oegema (this year’s WICB Mid-Career Award winner) at the University of California, San Diego, Canman used forward genetic screens in the worm Caenorhabditis elegans to identify conditional fast-acting cytokinesis-defective mutants. Her studies identified the GTPase Activating Protein (GAP) CYK-4 (MgcRacGAP in humans) as an inhibitor of Rac activity during division and Rac as a negative regulator of cytokinesis.

As an independent investigator Canman is revealing the molecular mechanisms that contribute to cytokinetic diversity and ensure robust cell division, by combining conditional worm genetics with single-cell live-cell imaging and developing new microscopy-based technologies to spatially and temporally inhibit protein function with precise resolution. In addition to her research excellence, Canman has already developed a strong training record in mentoring undergraduate and graduate students as well as postdoctoral fellows. 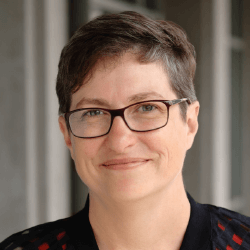 Karen Oegema is professor in the Department of Cellular and Molecular Medicine and a member of the Ludwig Institute for Cancer Research, University of California, San Diego (UCSD). Her independent research program since joining the UCSD faculty in 2002 addresses questions on centriole assembly and cytokinesis by integrating approaches in biochemistry, genetics, in vivo imaging, and structural biology. Her lab’s work is built on her postdoctoral research with Tim Mitchison and Yixian Zheng at Harvard University in which she identified properties of γ-tubulin complexes, and then with Tony Hyman at the Max Planck in Dresden where she revealed mechanisms of centriole assembly by using genetic approaches in C. elegans. Additionally, her vision and creativity are guiding her group as they generate a functional map of the essential genes required for embryo production and development in C. elegans, the majority of which are conserved in humans.

As noted by Don Cleveland, her nominator for the WICB award, Oegema has distinguished herself not only in research significance and productivity but also in mentoring and teaching excellence. Highlighting her mentoring strength, Oegema was a postdoctoral mentor for Julie Canman, this year’s WICB Junior Award recipient (see above).

As a graduate student with Bruce Alberts at the University of California, San Francisco, Oegema was preparing her first real scientific talk, for a Minisymposium at an ASCB Annual Meeting. But she had a problem: She left her only set of slides on a 2:00 am bus coming home from the lab. Showing her resourcefulness, she “…checked the schedule to figure out when the bus would come around again. When the bus finally returned in the wee hours of the morning and the door opened, I was enormously relieved to find that it was the same driver and he was holding the folder with my slides with a grin on his face. In the end, I made it to the meeting with my slides, the talk went well, and I had a great time at the meeting.”

Harvey Lodish: Sandra K. Masur Senior Leadership Award
Harvey Lodish is professor in the Department of Biological Engineering at MIT. He earned his PhD in genetics with Norton Zinder at the Rockefeller University 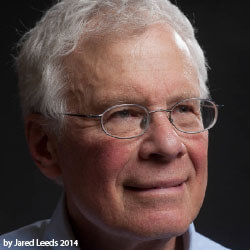 and after postdoctoral work with Sydney Brenner and Francis Crick at the MRC Laboratory of Molecular Biology he moved from UK Cambridge to U.S. Cambridge in 1968 and joined the faculty at MIT, where he has remained throughout his career.

Lodish’s outstanding scientific achievements and the breadth of his investigative impact are evident in his seminal contributions on plasma membrane proteins, including membrane glycoproteins, receptors, and glucose, fatty acid, and ion transporters, as well as more recently adipogenesis and erythropoiesis through over 600 peer-reviewed articles. His scientific impact has been recognized with numerous honors, including being a member of the National Academy of Sciences; a fellow of the American Association for the Advancement of Science, the American Academy of Arts and Sciences, and the American Academy of Microbiology; and an associate (foreign) member of the European Molecular Biology Organization.

Another major reason that Lodish is this year’s Sandra K. Masur Senior Leadership Award winner is his outstanding record in training and mentoring over 175 PhD students and postdoctoral fellows, with two of his students receiving the Nobel Prize and the Lasker Award and seven being elected to the U.S. National Academy of Sciences or the National Academy of Medicine. And of the many women alumni of the Lodish lab, a substantial number have tenured university positions or leadership positions at the National Institutes of Health or National Research Council, in biotechnology, and in nonprofit scientific foundations. Jean Schaffer and others supporting his nomination noted that Lodish’s scientific open-mindedness enables trainees to have intellectual freedom to pursue a range of important problems and apply creative thinking in challenging existing paradigms. This approach is also conveyed in his lead authorship of the textbook Molecular Cell Biology.

Lodish claims that many years ago he learned—in large measure from his wife and two daughters who have each had independent careers—that attracting and retaining top scientists to one’s research group requires a very family-friendly culture, both at the individual lab level and more broadly across institutions. Lodish embraces recruiting researchers with families, opens his home to gatherings for lab families, and even officiated at the marriage in Taipei of one of his postdocs. Lodish received the Mentor Award in Basic Science from the American Society of Hematology.

Within ASCB, Lodish was ASCB president in 2004 and a WICB member. On a very personal level he is an advisor to Parent-Powered Innovation, a not-for-profit organization that works with parents interested in developing treatments for their children’s rare diseases. His grandson has Gaucher disease, a lysosomal storage disorder, and is being treated with a drug that Lodish helped develop shortly after helping to found Genzyme, a company devising enzyme replacement therapy.

Sandra K. Masur is a professor of Ophthalmology and Pharmacological Sciences and director of the Office of Women's Careers at the Icahn School of Medicine at Mount Sinai. 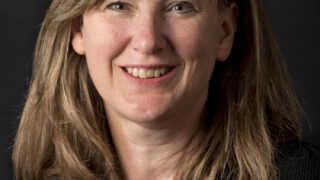