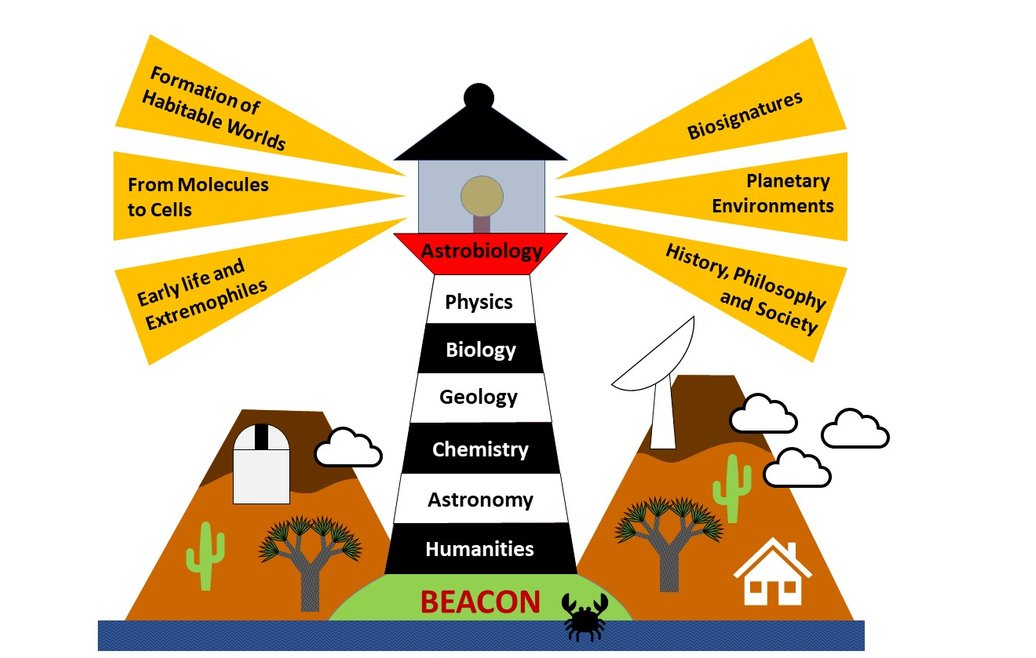 – Formation and Evolution of Planetary Systems and Detection of Habitable Worlds
– The Pathway to Complexity: From Simple Molecules to First Life
– Planetary Environments and Habitability
– Evolution and Traces of Early Life and Life under Extreme Condition
– Biosignatures and the Detection of Life beyond Earth
– Historical, Philosophical, Societal and Ethical Issues in Astrobiology
– Tracing Life and Identifying Habitable Environments
– Impacts and their Role in the Evolution of Planets, Moons and Life
Protoplanetary disks and their physical and chemical processes

The meeting will be open to all interested scientists and students from Europe and beyond.

La Palma offers a multitude of relevant research infrastructures (telescopes) and locations (active volcanoes, recent lava fields, Mars-analogue landscapes, etc. During the conference excursion (Friday 24th April) many of these will be visited. A field trip to other astrobiologically interesting field sites on other islands will be organised after the conference as well as an optional after conference walk (Saturday 25 April) along the Volcano route (Ruta de los Volcanes) spanning several active volcanoes above 1600m altitude will be offered. Also outreach events for the general public will be held.